In a presentation last month, St. Louis Federal Reserve Bank president James Bullard remarked, “The current U.S. macroeconomic situation is straining the Fed’s credibility with respect to its inflation target.” It’s easy to understand why this might be the case. Statistics revealed that the annual inflation rate has shot to 9.1 percent, the highest since November 1981, while the month-over-month measure of the Consumer Price Index surged to an astounding 1.3 percent, the highest since March 1980. Food, energy, transportation, and housing prices have all leapt, quelling all suppositions that inflation has reached “peak.”

Meanwhile, Fed credibility plummeted. Whereas the covid-19 pandemic and Ukraine intensified the uncertainty and fueled growing anxiety of a major global crisis, the Fed miscalculated the path inflation would take, dismissing it as “transitory” until it finally realized how far inflation has actually veered from target. This has elicited public outcries as investors wallowed in a general sense of apathy and gloom, fearful of what is happening and even more so of what is to come.

More and more people are coming to accept that the Fed can no longer confidently guide the market forward (as if it really had). Amidst this collapse of public trust, it suddenly becomes vital for us to understand the long historical trend which built up to this moment.

Era of Low Inflation and Credibility

The Federal Reserve’s credibility had been established on the past decades of relatively low inflation. With the abandonment of the gold window and Keynesian monetary policies that financed massive budget deficits, stagflation struck in the 1970s to catastrophic effects. In came Paul Volcker, who as the chairman of the Federal Reserve raised interest rates to an unprecedented 20 percent to crush the inflation onslaught (along with the efforts of fiscal and microeconomic reform and market-oriented deregulations).

While Volcker certainly merits a share of the blame for unleashing the inflation, he temporarily solidified public trust in the Fed. A larger gross domestic product boosted tax revenues, which enabled debt repayment despite the high interest rate—the US government successfully paid off its debts as the economy enjoyed a two-decade boom.

During this era, even the words of the Fed were enough to pacify the crowd’s agitation toward the market. In one notable instance, Fed chair Alan Greenspan provoked a stock market correction by merely using the phrase “irrational exuberance” in a speech. For the next three decades, inflation was kept low as the general public trusted the Fed to do what it took to protect the buying power of the dollar. From 1983 to 2020, the annual inflation rate hovered around 2 to 3 percent, and with the exception of the early recession of the 1990s, never exceeded 3.8 percent.

Money Supply Expansion under a Façade

However, the low inflation during that era could also be attributed to numerous favorable factors other than the Fed. In fact, the question of whether low inflation was the cause or the effect of the Fed’s credibility remains up in the air.

First was demographics. As the working-age population grew, so did saving for the future as baby boomers marched from naive adolescence into harsh adulthood. In a 2016 research, economists Mikael Juselius and Előd Takáts discovered how baby boomers drove down inflation when they joined the workforce. For example, baby boomers increased inflation by 6 percentage points in the United States between 1955 and 1975 and lowered it by 5 percentage points between 1975 and 1990, when they entered working life.

Then there was globalization. The expansion of international trade and foreign investment meant better products at a lower cost, and China’s entrance into the global economy and economic liberalization in the 1980s further held down manufacturing costs. Under such an environment, billions of people are added into the global division of labor to promote an unprecedented capital accumulation.

All these favorable factors played to the blind arrogance of Federal Reserve economists who relentlessly pushed for more and more aggressive monetary policies. The notion that capital could really be spun from ether was too tangible and exhilarating, and as long as the public maintained its trust there seemed to be no real harm. Below is a graph which showed the growth chart of M2 money supply since the 1960s:

Recent years mark a new era of population aging and deglobalization. Combined with the pandemic-induced surge in price and years of wanton aggressive fiscal policies, controlling inflation is no longer a walk in the park as the Fed always assumed. The broken supply chain and sanctions against Russia certainly only exacerbated the situation.

Meanwhile, trust in governmental institutions fell off a cliff. As of last month, 29 percent of Democrats and Democrat leaners say they trust the government, compared to 9 percent of Republicans and Republican leaners. With the cost of living back as a major issue, inflation has morphed into a key political point which the Republicans grappled with to retake the midterm elections.

Regarding the Federal Reserve itself, a recent research by Edelman places it amongst the categories of “distrusted” central banks—with only less than half of the population expressing confidence in it. Gone are the illusory factors which contributed to the past decades of low inflation, and replacing them is a warranted sense of fear and apprehension amongst investors as highlighted by the extreme Treasury volatility.

People are also becoming wary of how the Fed behemoth has been quietly growing in their backyards. While the Fed once controlled various policy levers on strictly monetary affairs, it now also focuses on “a broad-based and inclusive goal” which encompasses social justice, climate change, and gender inequality. This, as Senator Patrick Toomey pointed out, “would harm the Fed’s credibility and its trustworthiness as an independent and nonpartisan entity.” Regardless of how it turned out, these missteps will only deepen people’s distrust over Jerome Powell and his PhD colleagues.

Ludwig Mises argued in The Theory of Money and Credit:

We see this process of disorganization not only in the Fed but also in other central banks. While Wednesday saw Jerome Powell reverse expectations by hiking rates by another 75 basis points, the Swiss national bank shocked the world by hiking its rate for the first time in more than a decade. Last week, the European Central Bank also increased its rate by 50 basis points, breaking its own guidance for a 25 basis point move. For all the uncertainty they aroused, these policies only point toward further distrust and destruction.

Fed governor Christopher Waller admitted, “the whole thing we know about expectations [is] once they become unanchored, you’ve lost.” The only way for the Fed to prevent further disorder is to gain an understanding of basic economics and stop meddling in the political arena. Yet a glance back into the Fed’s track records show the implausibility of such changes.

With the loss of public trust, the Fed suddenly finds itself gaping at a collapse which it was solely responsible for in the first place. 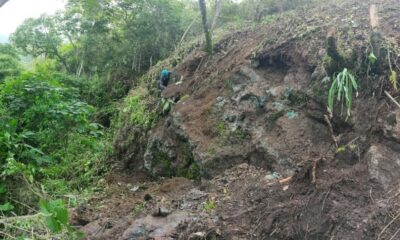