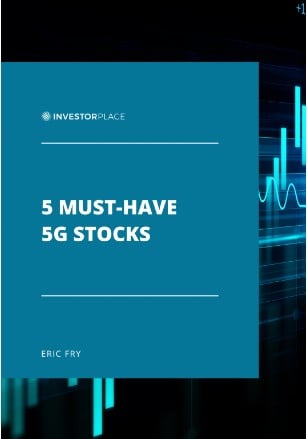 If you were a parent or grandparent of young kids at the time, you might remember the popular 1999 Disney Channel movie, Smart House.

In the film, a teen boy enters an online contest and wins a fully automated, high-tech home for his family. Every aspect of the house has been digitized and is controlled by artificial intelligence – an omnipresent virtual assistant named PAT (Personal Applied Technology).

And what PAT can do is incredible (especially by 1999 standards); she can control the home’s temperature and lighting, play video on command, set alarms… the list goes on.

However, for the most part, these systems aren’t like PAT in important ways. They can’t control everything.

Alexa can play music if you ask, or even order something from Amazon. But she can’t operate your Google Nest to adjust the temperature or access your Samsung devices to share your phone screen with your TV

Until now, that is.

Enter Matter – a new standard for smart home devices. It’s supported by titans of Big Tech, including Apple Inc. (AAPL), Alphabet Inc. (GOOGL), Samsung, and Amazon.com Inc. (AMZN). And thanks to this novel standard of interoperability, we may soon be able to control our smart bulbs, speakers, TVs, HVAC systems, smart locks, etc., from one single hub.

And just a few weeks ago, Meross Technology Ltd. announced the presale of its Matter-compatible “Smart Wi-Fi Plug Mini.” It’s the first of its kind on the market – and is available for preorder now.

Meross’s smart plug runs about $25 and looks like it would make a nice stocking stuffer for the tech-savvy homeowners on your Christmas list.

If it works right, with this plug, smart-home owners should be able to turn off their lights using Alexa or their iPhone. That may not sound like a big deal now… but it could be a big step toward the PAT many of us have been waiting for since the turn of the century.

Moreover, this brand-new smart plug points us toward a $56-trillion megatrend. (Below, I’ll show you one way to grab a piece of it.)

Are the Rich Growing Wealth Through Market Chaos?

The richest men in America quietly made millions during the pandemic. Stock market legend Eric Fry says this might be how they did it. Click for more.

The innovation we’ve seen in the connectivity space is astounding. Indeed, when Smart House was released in 1999, PAT was nothing more than a fanciful science-fiction concept.

But a lot has changed since then.

Now we’re able to dim the lights in our rooms using just our phones – without having to get up from bed. And that’s fantastic. But how can you take advantage financially?

The answer lies with 5G.

Now before you roll your eyes, let me admit something…

5G has been hyped for years.

When 5G was just rolling out in 2017, Verizon had only 11 pilot testing cities.

But now, after hundreds of billions of dollars invested in 5G infrastructure, there are enough base stations across America that 5G is ready to unleash its full potential.

And every day that this coverage expands, we get closer to the major inflection point of 5G.

Obviously, it is impossible to predict with certainty which companies will benefit the most. But this opportunity is still in its infancy, which means it will produce a growing list of winners over time.

The companies that understand what’s happening and harness this powerful new 5G network to improve or create entirely new services and industries could quickly grow and become the next Amazon or Netflix Inc. (NFLX).

On the flip side, companies that think 5G is nothing more than faster download speeds and don’t start preparing for its impact on their industry or their customers will be doomed.

It’s the same with investors.

Those who understand that 5G is a much bigger story than faster smartphones – and understand that the last few hype-filled years was just the build-out phase and not an empty promise – could make incredible gains as this story plays out.

And I suspect today’s naysayers will be kicking themselves in 2030 for not buying into this megatrend today.

That’s my bold prediction. Of course, no prediction is certain to come true – least of all the prediction that a long-slumbering stock will soon spring to life and begin to wow investors.

But let’s examine the tea leaves that support my bullish prognostication.

We’ve learned elsewhere that 5G networks will generate a whopping $56 trillion in global sales activity by 2050. To review…

You get the idea. Typically, an industry measures its growth potential in the billions of dollars, not trillions.

And I can assure you, these new technologies won’t produce their tens of trillions of dollars of economic growth in a vacuum. Somebody will be there to collect…

As such, I’ve compiled a report that catalogs five 5G stocks that are poised to take a piece of the pie.

It’s 100% free, and you can read it on your Smart Money site right here.

P.S. I might be known for my stock picks, but I also predicted some of the worst crashes in modern history – including the dot-com bubble in the early 2000s, the housing collapse of 2008, and the record-breaking COVID-19 market drop in 2020. I’m telling you all of this because, right now, if you have money in the markets, there are stocks that you need to avoid at all costs. The stock market chaos we’re witnessing has already sent the shares of many stocks tumbling. And  the situation could get worse. Click here now to see what you should do… before it’s too late.

Eric Fry is an award-winning stock picker with numerous “10-bagger” calls — in good markets AND bad. How? By finding potent global megatrends… before they take off. In fact, Eric has recommended 41 different 1,000%+ stock market winners in his career. Plus, he beat 650 of the world’s most famous investors (including Bill Ackman and David Einhorn) in a contest. And today he’s revealing his next potential 1,000% winner for free, here.

The post How This $25 Stocking Stuffer Reveals a $56-Trillion Megatrend appeared first on InvestorPlace.