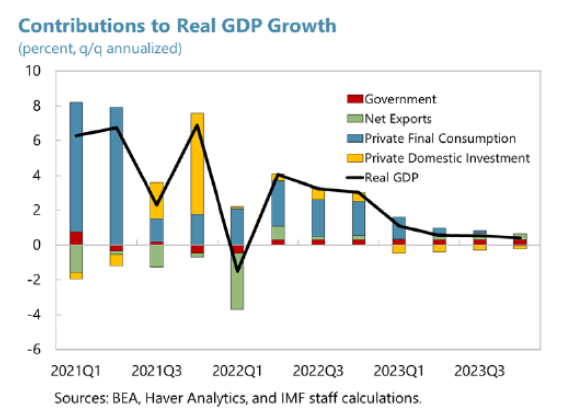 From the Article IV consultation:

The sharp rebound in GDP in Q2 is at variance with nowcasts.  A big change in the contribution of net exports accounts from big negative to small positive (in a mechanical sense) for the resumption in projected growth. The report notes:

All in all, growth is expected to fall to 0.7 percent q4/q4 by end-2023 and then pick up gradually into 2024. The U.S. is expected to narrowly avoid a recession. Nonetheless, the risk of the economy “stalling” and tipping into a short lived downturn are significant. In particular, if the economy again gets hit by a negative shock, the predicted slowdown will likely turn into a short-lived recession. PCE inflation is expected to fall steadily as activity decelerates and supply-demand imbalances are resolved, reaching 2 percent on a year-on-year basis by end-2023.

Figure 1 below shows the IMF forecast of 2.2% q4/q4 2022 (which is a downgrade from the 2.9% forecast at the end of the team visit last month) in comparison to other forecasts and potential GDP. 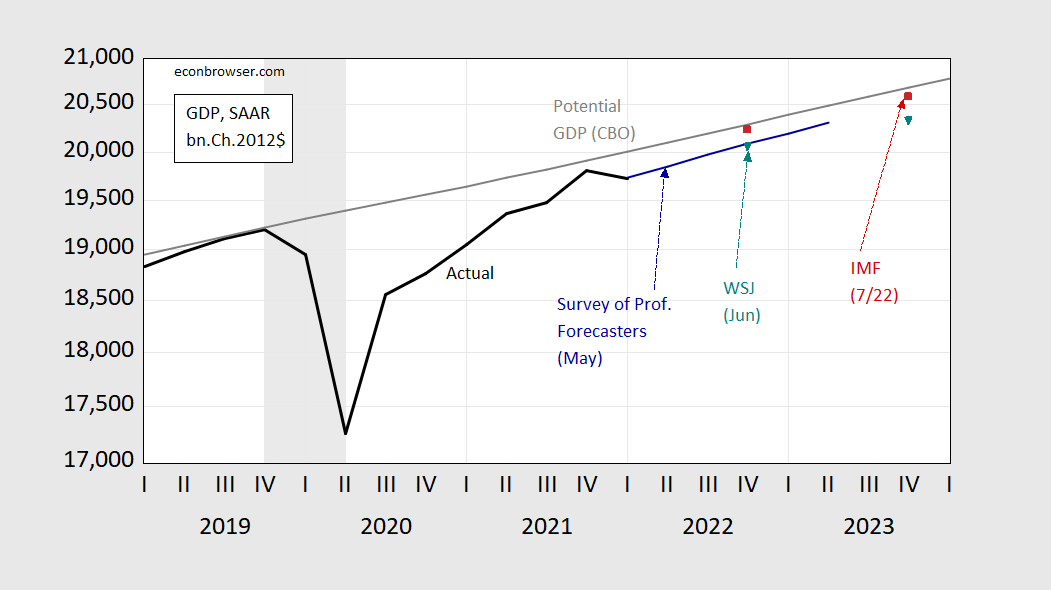 The IMF forecast is — in level terms — more optimistic than the WSJ June consensus, as well as the May Survey of Professional Forecasters consensus. 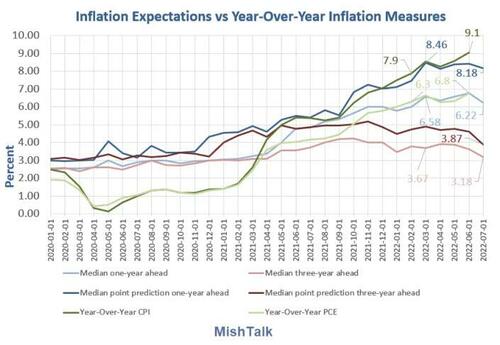