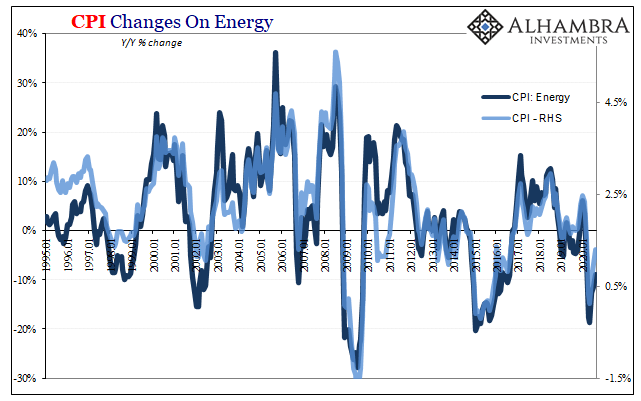 There is no oil in the CPI’s consumer basket, yet oil prices largely determine the rate by which overall consumer prices are increasing (or not). WTI sets the baseline which then becomes the price of motor fuel (gasoline) becoming the energy segment. As energy goes, so do headline CPI measurements.

And that’s a huge problem…if you are Jay Powell. We’ve been making a big deal out of him making a huge deal out of this “new” inflation strategy (that isn’t even close to new). With “transitory” retired from the official vocabulary, the word “average” – as in inflation target – was meant to slide right in unnoticed to take its place.

Except, neither the CPI nor the PCE Deflator are going to cooperate with WTI futures still in contango even after one-fifth to one-quarter of domestic supply has been taken offline. In this oil case, we can more easily observe the raw economic effects of this lack of effective monetary policy in the lack of V-shaped recovery (as in oil demand) about to once more hinder the inflationary confirmation policymakers still seek (while not knowing where it’s supposed to come from).

Should WTI remain somewhere around $37 (perhaps less, perhaps a bit of a rally from here), what that would mean for the chain of pricing from oil to gasoline to energy to the headline CPI is the opposite of average inflation targeting. 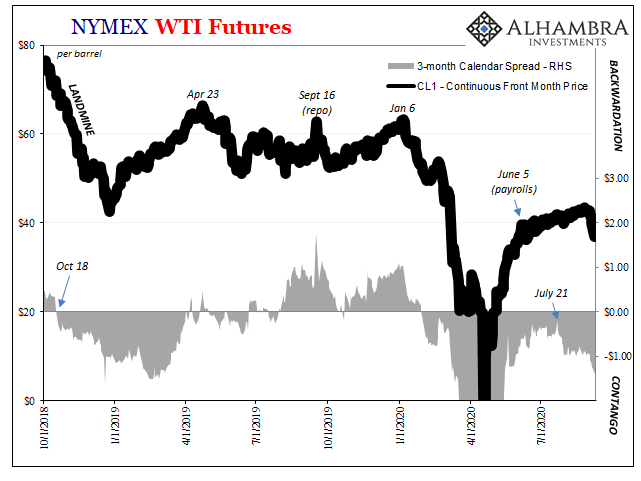 For August 2020, in figures released today, overall consumer prices advanced at just a 1.31% annual rate. That’s an acceleration from July’s +0.99%, but only because WTI therefore gas therefore energy was a smaller drag than the month before. Oil prices had been down, on average, 29.0% year-over-year in July compared to -22.8% last month.

But if WTI holds where it is now, for September the annual change would be somewhere around -35%, a substantial downturn in second derivative which will likely push the headline rate back under 1% again. 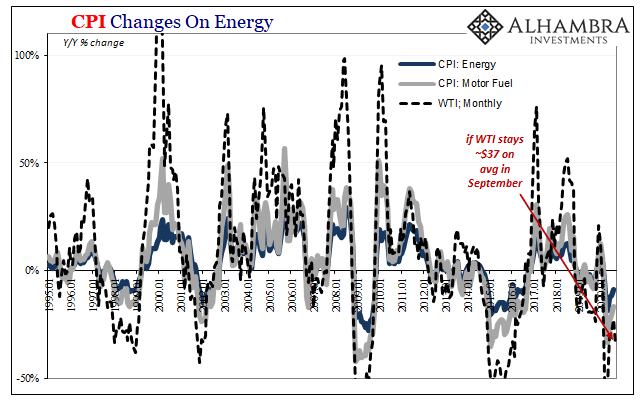 What that would mean is a pretty public humiliation, that in the very month immediately following the huge, massive deal Jay Powell made about inflation running undoubtably hotter it turned considerably colder. This risks leaving the public with the (correct) impression these people are just winging it, the near two-year exhaustive review merely academic cover.

That’s not the Federal Reserve’s only consumer price problem, either. Core rates remain subdued, especially services, in what appears only to be a modest removal during reopening of prior discounts enacted around the trough. Even the flexible CPI remains slightly negative – this other index indicating that among consumer prices changed more often there continues to be a small bias toward those changes being further discounts than increases. 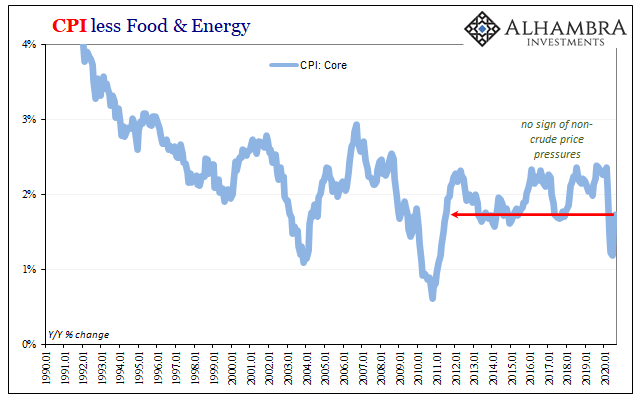 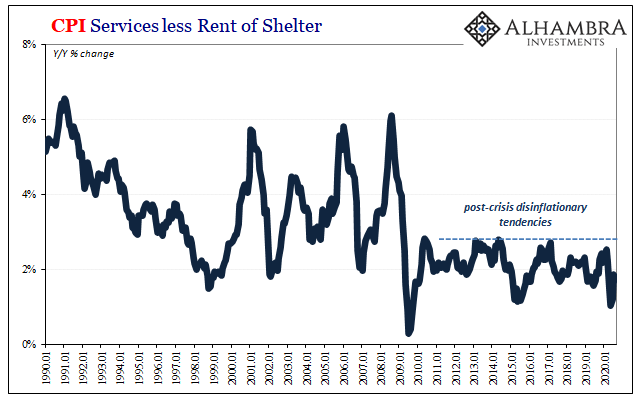 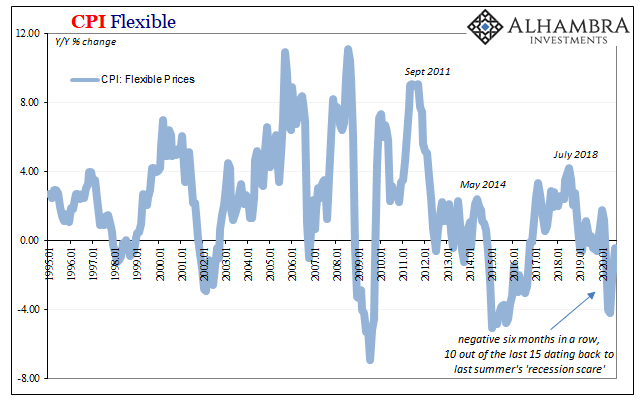 Of more concern, and not just in the inflation sense, rental prices have materially decelerated. While that’s good for renters, it’s only good news for those who can pay their rent. The reason for this slowdown in rental price increases is the fact that rental property owners are running into persistent problems pricing shelter in the same way they had been before.

It goes without saying shelter is a big deal.

More and more discounting, not that there’s any mystery behind why that may be taking place. And remember, this right now while there’s a moratorium on evictions.

How bad is it?

The coronavirus outbreak has pushed millions of Americans, especially young adults, to move in with family members. The share of 18- to 29-year-olds living with their parents has become a majority since U.S. coronavirus cases began spreading early this year, surpassing the previous peak during the Great Depression era. [emphasis added] 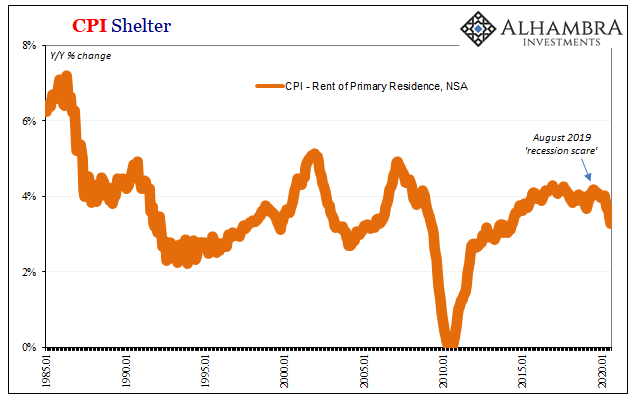 Do those add up to three strikes for Jay? For some, maybe, those new to the game that’s actually being played here. But in most markets there was little to no reaction to his inflationary nonsense to begin with because long ago people in them had realized, and bet on, the fact that this is just the purest of pure nonsense.

With oil cracking back under $40, and the contango issue yet to be contained, there’s almost karma in its timing. 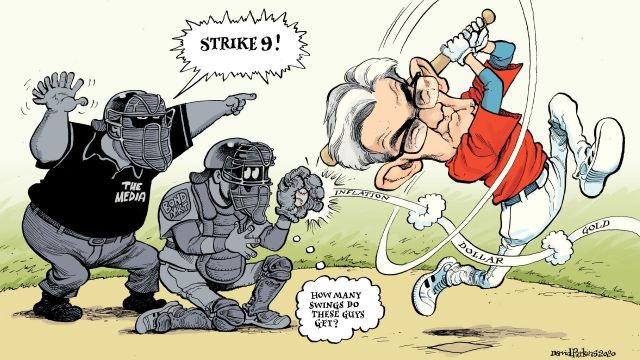