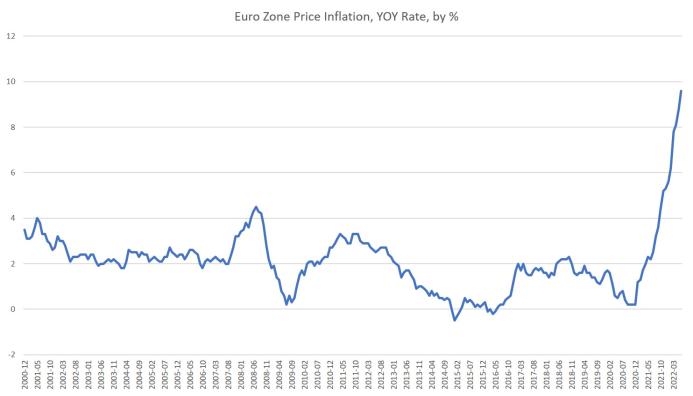 For the first time in more than a decade, the European Central Bank (ECB) raised its key interest rate this past Thursday. The deposit facility rate went from –0.5 to 0.0 percent. The change comes after fourteen months of price inflation in the European Union above the ECB’s 2 percent target. The EU’s price inflation measure hit 9.6 percent in June,1 the highest growth level since the euro became a currency in January 1999, and at least a twenty-five-year high for price growth in the bloc overall. Indeed, price inflation has been near or above twenty-five-year highs for the past nine months.

The ECB has been a latecomer among the major global economies’ central banks. The US Federal Reserve, the Bank of Canada, the Bank of England, and the Swiss National Bank have all raised their key policy interest rates in recent months (although the Bank of Japan has continued to double down on ultraeasy money). The Federal Reserve has been among the most aggressive—in relative terms, of course—raising the federal funds rate to 1.75 percent last month.

As with the Fed, though, it would be inaccurate to refer to the ECB’s extremely mild efforts at monetary tightening as a “hawkish” policy. The ECB’s policy interest rate has been remarkably low for more than a decade. The last time the ECB raised the rate was during July 2011, when it raised the rate from 0.50 to 0.75 percent. The bank changed direction in October of that year, reducing the policy rate to 0.00 percent by July 2012. The ECB didn’t stop at zero, though; the rate went negative in June 2014, and stayed negative until this week. 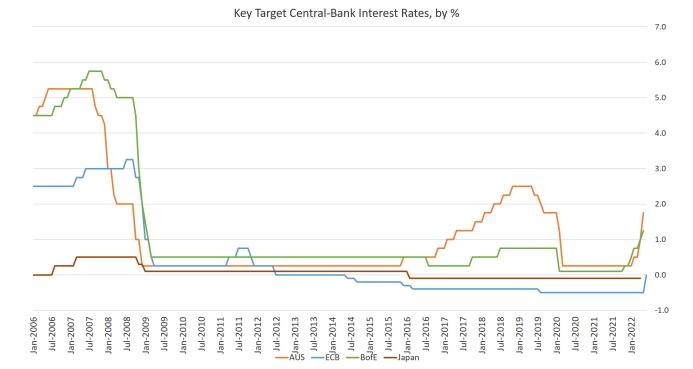 In other words, with a policy interest rate just now getting back up to zero, what is the ECB is doing is not “normalization.”

The ECB has hinted at normalization, however, and it announced an end to its bond-buying program this past spring and then apparently ended its bond buys—known as the Asset Purchase Programme—in June. Ending this program is a key component of ending quantitative easing in the eurozone.

Yet the timidity of these moves echoes that seen in the US. In the US, actual reductions in the central bank’s balance sheet have been vanishingly small, and the same appears to be true for the ECB. In other words, “quantitative tightening” is all relative in the minds of central bankers. It can mean even the smallest move away from more than a decade of immensely accommodative monetary policy.

Moreover, the ECB has announced what is essentially just a different kind of QE to replace the old kind. US News reported on Wednesday:

The announcement prompted confusion among some observers, with Yahoo Finance reporting:

“Quantitative easing is easing and raising rates is tightening. They’re basically trying to do two things at the same time, which doesn’t make a lot of sense,” Miskin told Yahoo Finance Live in an interview. The TPI program is what’s referred to as “quantitative easing,” an additional set of tools central banks use to loosen monetary policy.

But it does make sense through a political lens. While QE is indeed there for economic “stimulus,” it also exists to drive down national governments’ borrowing costs, by buying up government bonds. Indeed, the US News story makes this clear in explaining that the reason for the new TPI program is

ECB rate hikes push up borrowing costs on the bloc’s periphery disproportionately, meaning countries like Italy, Spain and Portugal face a bigger rise in yields than “core” members like Germany and France…. Italy, which has a lot of debt and is engulfed in a government crisis, is especially vulnerable as markets fear a prolonged period of political instability.

In other words, the more indebted and more marginal economies of Europe are at higher risk of a sovereign debt crisis and falling into a debt spiral fueled by higher interest rates. The TPI helps prevent this in the short term by better ensuring that cheap debt—via central bank purchases—continues to be available to these lesser economies.

So, even with the ECB’s raising the policy rate to zero, not much has really changed at all. The ECB appears to be taking a page from the Fed’s playbook in trying out some of the weakest moves toward monetary tightening and just hoping against hope that this will rein in price inflation without causing a painful recession.

This approach, however, is likely to place the ECB even further behind the curve on addressing the price inflation in fueled by vast amounts of monetary inflation employed to prevent an economic implosion during the covid lockdowns. 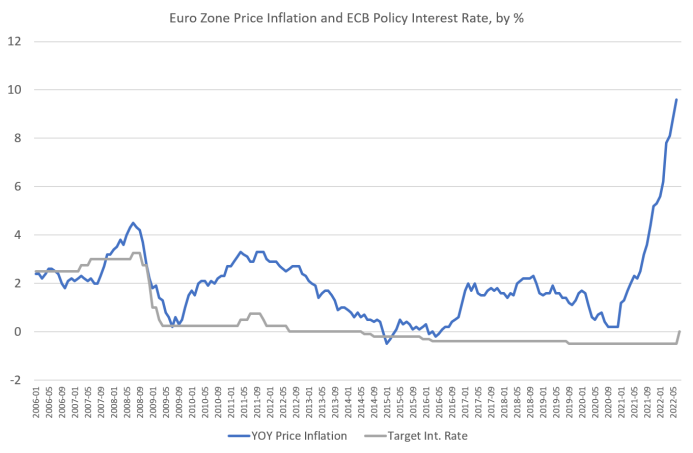 In the lead-up to the 2008 financial crises, the ECB’s policy rate was barely more than one percentage point below the official price inflation rate. Now that gap is nearly 10 percent in the EU and nearly 9 percent in the euro area. It’s going to take more than a 0 percent policy interest rate and a newly invented name for QE to really address the effects of years of what is essentially money printing. After all, money printing’s effects go far beyond mere price increases. Malinvestments and economic bubbles—including the zombie corporations they produce—won’t go away with the minor tinkering that the central banks are sticking with.

On the other hand, a Europe-wide recession could bring price inflation down considerably, and a truly painful recession appears to be a more likely scenario so long as European production continues to be hammered by European regimes’ efforts to cut off Russian oil and gas. 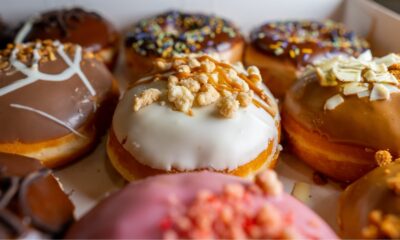