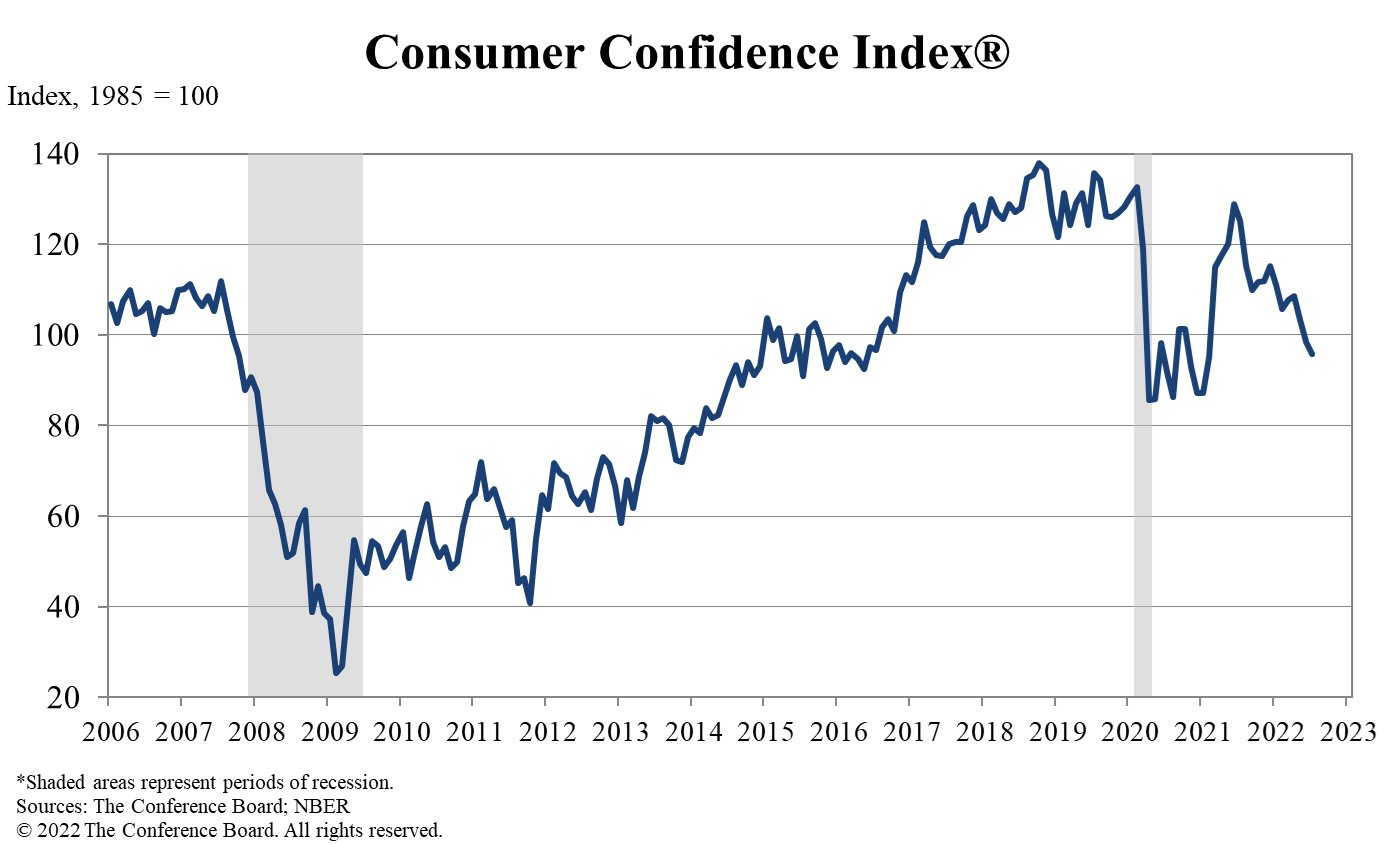 * Biden to speak with Chinese counterpart Xi as tensions rise
* Global growth slowing, raising recession risk, IMF warns
* Fed may be just getting started in battling inflation
* Fed-induced recession is worse than inflation, writes former Fed economist
* Recession in Europe is all but assured as Russia squeezes gas flow
* US home prices post second month of slower but still strong growth in May
* New home sales in US fell more than expected in June
* US consumer confidence falls for third straight month in July:

High inflation has triggered synchronized interest rate hikes by central banks, the IMF reports: “The resulting synchronized monetary tightening across countries is historically unprecedented, and its effects are expected to bite, with global growth slowing next year and inflation decelerating. Tighter monetary policy will inevitably have real economic costs, but delaying it will only exacerbate the hardship.”

NBER, the arbiter of US recessions, uses multiple factors to determine contraction starts. “If this definition feels involved, it’s because it is,” advises Tim Quinlan, senior economist at Wells Fargo, in a research note. “Defining a recession isn’t easy and extends beyond simply a downturn’s duration to how deep and widespread it is throughout the economy.”

Further escalation in Ukraine war appears likely, warn analysts. “Escalation, though incremental and thus far contained in Ukraine, is already underway,” write Samuel Charap (RAND Corp) and Jeremy Shapiro (European Council on Foreign Relations). “The West is providing more and more powerful weapons, and Russia is unleashing more and more death and destruction. For as long as both Russia and the West are determined to prevail over the other in Ukraine and prepared to devote their deep reserves of weapons to achieve that goal, further escalation seems almost preordained.”