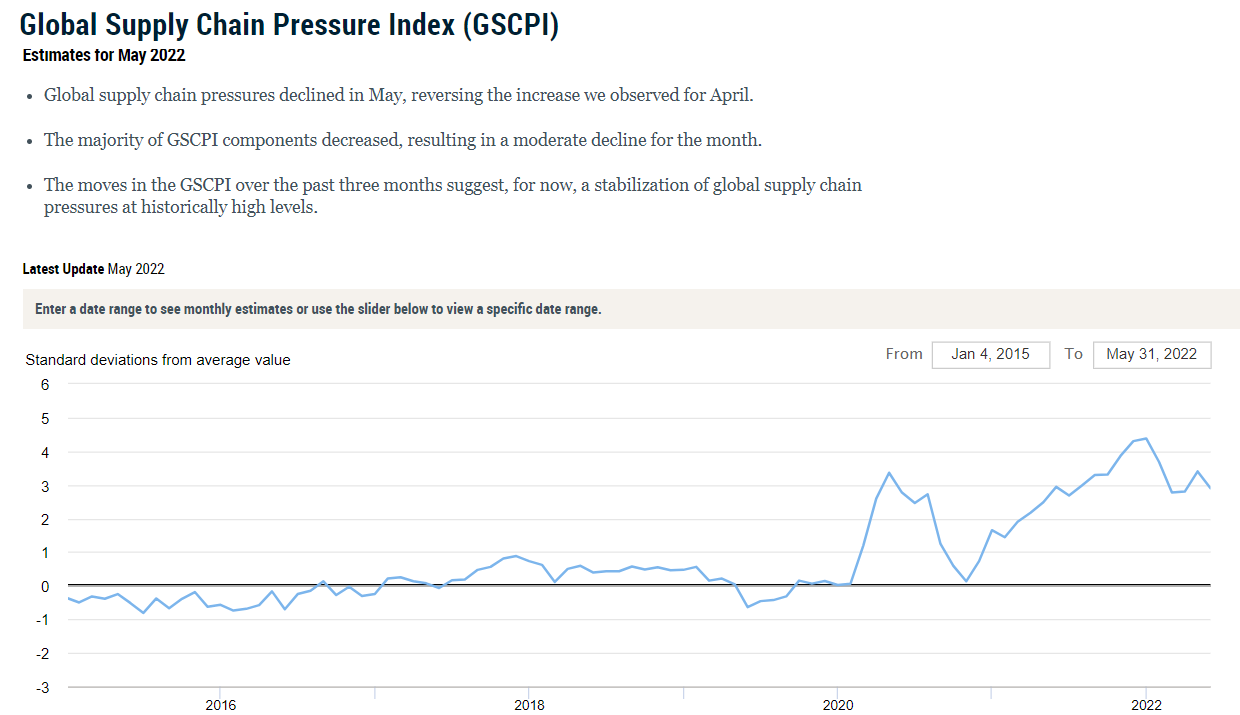 Stagflation risk is rising, warns World Bank’s David Malpass. “The war in Ukraine, lockdowns in China, supply-chain disruptions, and the risk of stagflation are hammering growth, says the bank’s president. “For many countries, recession will be hard to avoid. Markets look forward, so it is urgent to encourage production and avoid trade restrictions. Changes in fiscal, monetary, climate and debt policy are needed to counter capital misallocation and inequality.”

Has US housing boom peaked? Yes, suggests recent data. At the very least the boom is on pause. “For me, the best part of the housing story in 2022 is the rise of inventory, as this will put home sellers and builders in check. They had too much pricing power and they pushed prices way too high,” says Logan Mohtashami, an analyst at HousingWire, a real estate news service. “I am hoping that higher rates do their thing and create more balance.”

US GDP growth for Q2 revised down to stall-speed 0.9% nowcast via Atlanta Fed’s GDPNow model. But some economists still say recession risk for the near term is still low. “Right now, it looks like any talk of a recession is a 2023 story. It’s not this year,” says Joseph Brusuelas, chief economist at consulting firm RSM. “We would need to see future shocks to the business cycle. My sense is the economy is going to slow, but only really back to its long-term trend growth rate of 1.8%.”