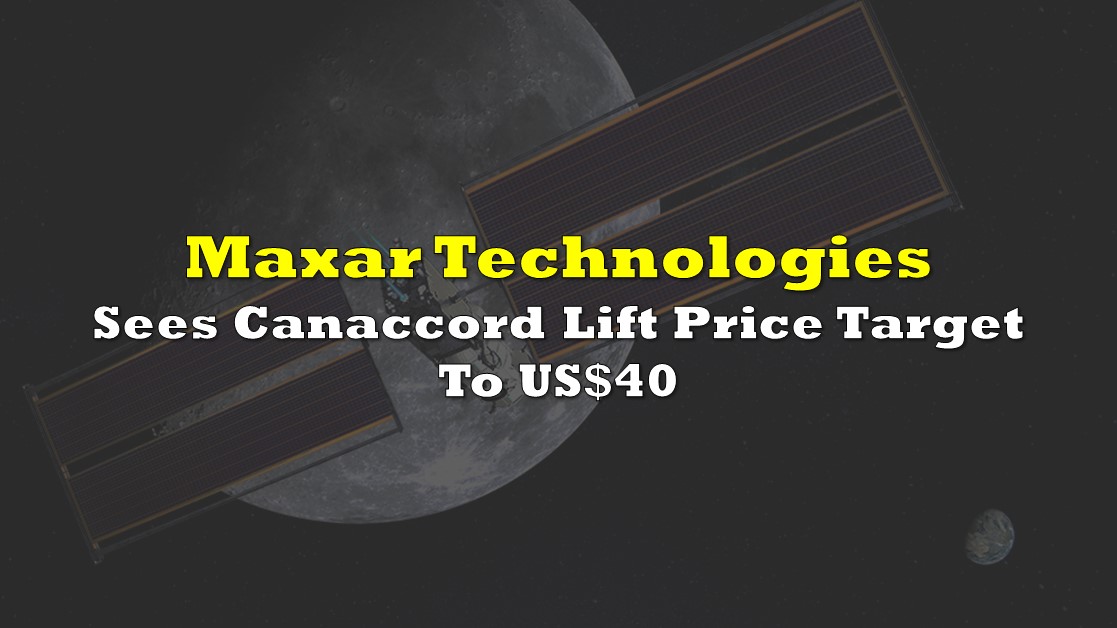 On May 25, the U.S National Reconnaissance Office (NRO) announced that they awarded Maxar Technologies (TSX: MAXR) an Electro-Optical Commercial Layer (EOCL) contract. The contract is for a base 5 years with the option to extend the contract for an additional 5 years. The deal is said to represent the largest ever commercial imagery acquisition contract awarded by the NRO.

In a separate news release, Maxar updated its full-year 2022 guidance by $30 million. They now expect full-year revenues to come in between $1.805 billion to $1.855 billion, while adjusted EBITDA guidance is now between $455 million and $505 million.

In Canaccord Genuity’s note on the news, they reiterate their buy rating and raise their 12-month price target from US$38 to US$40, saying that the ECOL contract to Maxar “was particularly favorable given the addition of new vendors to the sole source program status.”

During the subsequent call, Canaccord asked Maxar’s management if this could represent “tens of millions of incremental revenue.” Management confirmed this and said it was “in the realm of possibility” for the first few years.

Canaccord says that the contract wins on EnhancedView, “not only demonstrates the company’s ironclad relationship with DoD but shows the underlying TAM pie for EO imagery collection is growing significantly.” They believe that Maxar’s satellites have a “hefty technical edge” over its peers when you compare contract sizes to other award winners.

Lastly, on the price target increase, Canaccord says that, “While investors are currently fighting headwinds from the market, given difficult
economic conditions, inflation, and rising interest rates,” they continue to believe that Maxar’s stock is currently undervalued due to its competitive moat and solid relationship with different arms of the government.