Europe’s unelected authoritarian ruler, Ursula von der Leyen, is not going to be happy: according to early exit polls out of Italy, the right-wing bloc of Giorgia Meloni – which the ultra-left wing press just can’t stop comparing to Mussolini – is set for a historic, if largely expected, victory and a clear majority which will propel Meloni to the top of the Italian government as the country’s next prime minister. Her Brothers of Italy party won the biggest share of the vote in Sunday’s parliamentary elections, according to an exit poll released by Italian national broadcaster Rai. She would require approval from junior partners in her coalition to assume the role.

According to an exit poll from Rai, Meloni’s alliance which includes Salvini’s League and Berlusconi’s Forza Italia will win around 43% of the vote. The Center-Left alliance will have just 25.5%-29.5% of the vote, while the 5 Star movement has 13.5%-17.5% of the final vote.

Italy’s electoral system, which strongly favors parties that run as part of a coalition, is expected to help the right to an ample majority in both houses of Parliament: with 228 votes in the Lower House and 115 seats in the Senate (according to SkyTG24), Meloni will have a majority as just 104 votes are required.

As the WSJ notes, the Italian election is “the first big test of the European Union’s political cohesion as it confronts Russia’s attempt to redraw the continent’s post-Cold War order. Russian President Vladimir Putin’s restriction of natural-gas deliveries has sparked an energy-price crunch that, combined with other inflationary pressures, is expected to push much of Europe into a recession this winter.”

The likely right-wing government will face difficult decisions over how to protect Italian households and businesses from sky-high prices for natural gas and electricity. While Italy’s parlous public finances allow limited scope for fiscal largess, if the UK is any example – and it is – Italy will engage in a similar strategy of targeted and debt-funded fiscal stimulus which will lead to a blowout in Italian debt, a further plunge in the euro and much chaos everywhere.

Italy’s massive debt of roughly 150% of GDP, combined with Italy’s weak long-term growth record, makes the country vulnerable to bond-market selloffs if investors lose confidence in the soundness of Rome’s fiscal policies, and dependent on the European Central Bank to keep its bond yields stable. ECB support has typically been conditional on Rome following cautious budget policies and enacting economic overhauls aimed at improving growth. In other words, the Berlusconi example of 2011 is still vivid – if Meloni’s policies displease the ECB, Christine Lagarde will simply refuse (or forget) to buy Italian bonds, sparking Europe’s next sovereign debt crisis at the worst possible moment.

During the election campaign, Meloni tried to reassure voters and investors that she will keep Italy’s mammoth debt under control and won’t question the country’s foreign alliances or support for Ukraine. Expect all of that to change tomorrow.

If the exit poll is right and Meloni becomes PM in Italy, what ‘tools’ will the awful @vonderleyen use?

Thank god we have left. https://t.co/OEPeMLyAhA 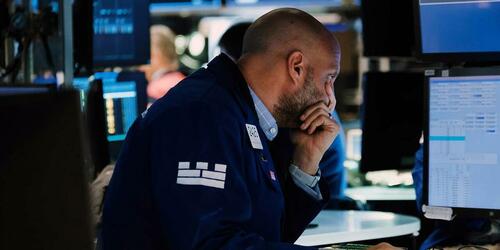 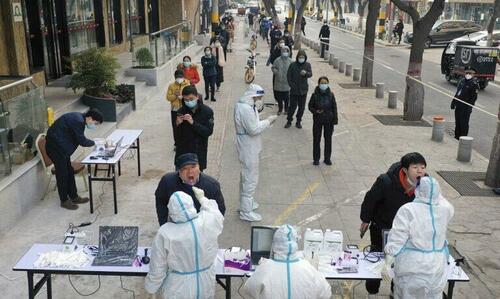