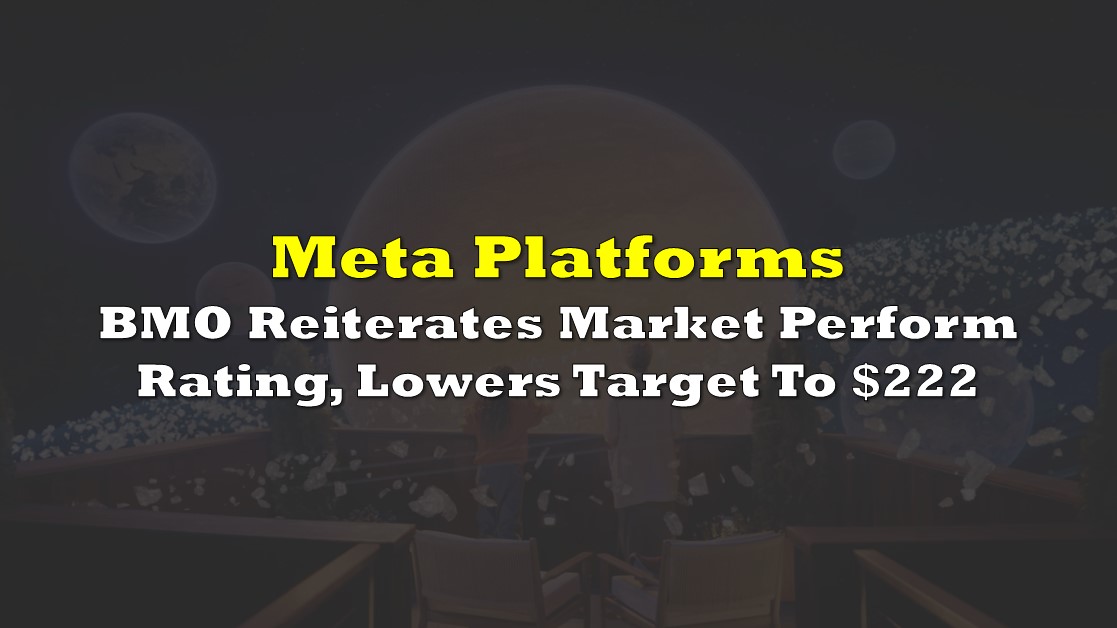 Last week Meta Platforms (NASDAQ: FB) reported its first-quarter financial results. The company saw its revenue grow 7% year over year to $27.9 billion, slightly below the analyst consensus. The company was not able to escape inflation, as total costs and expenses grew 31% to $19.38 billion as the company grew its headcount by 28% year over year.

This brought the companies operating income to $8.5 billion, down 25% year over year while their operating margin fell from 43% to 31%. The company also saw both its net income and earnings per share drop by 18% and 21%, respectively.

Meta stated that its ad impressions increased by 15% while its average price per ad decreased by 8%. Additionally, the company said that they repurchased $9.39 billion of stock in the first quarter and still had $29.41 billion available in their current repurchase program.

Lastly, the company provided second-quarter guidance. Meta Platforms expects to see total revenue between $28 and $30 billion, saying, “this outlook reflects a continuation of the trends impacting revenue growth in the first quarter, including softness in the back half of the first quarter that coincided with the war in Ukraine.” Additionally, they expect full-year 2022 total expenses to be between $87 and $92 billion, which is lower than their previous full-year guidance of $90 to $95 billion.

A number of analysts changed their 12-month price targets on Meta Platforms, bringing the average 12-month price target down to $303.87 from $324.22, which represents a roughly 50% upside to the current stock price. Meta has 63 analysts covering the stock, of which 17 analysts have strong buy ratings, 29 have buys, 16 have hold ratings and a single analyst has a sell rating on the stock. The street high price target sits at $553 which represents an almost 170% upside to the current stock price.

In BMO’s Capital Markets note on the results, they reiterate their market perform rating and cut their 12-month price target on the company from $225 to $222. They say that after the results and call, there remain many questions on privacy headwinds and Meta’s ad platform transition.

On the results, advertising revenue came in roughly $500 million below BMO’s estimate of $27.45 billion, which is the attributing factor for the total revenue miss. While total daily users slightly beat BMO’s estimate of 1,949 million and total monthly users missed estimates by about 700,000.

BMO says that investors should have a few questions for management, which are: