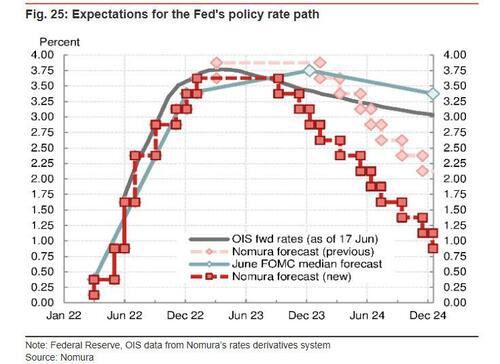 Less than two weeks after Nomura became the first bank to one-up Deutsche Bank’s “US recession” base case, by forecasting a contraction in the US economy in late 2022 (unlike DB’s 2023 prediction), coupled with a sharp Fed pivot and rate cuts all the way back to zero…

… on Friday morning the Japanese bank broke new ground, when its economists published a new “anchor report” (available to professional subs) in which in addition to the US, they now expect recessions in the euro area, UK, Japan, South Korea, Australia and Canada. Here are some excerpts from the 39-page report:

And some more context:

The word recession is bandied around in the media, but it is a nebulous concept. Technically, two consecutive quarters of real GDP contracting by just 0.1% q-o-q meets the definition of recession, but recessions can be much deeper and longer lasting; for example, US real GDP contracted by a cumulative 4% over four consecutive quarters during 2008-09, and by 10.1% in H1 2020. Economists have a poor track record in forecasting recessions. Perhaps it is human nature and because recessions are nasty outcomes that the consensus of economists tend to only forecast when they are plainly obvious. For example, it is striking that not one of the 18 participants at the June FOMC projected an outright decline in US real GDP. Insofar as economic slowdowns reach a tipping point, where amplifier effects kick-in, lurching the economy into contraction is another reason why recessions often surprise.

Recessions in many major economies

Cognizant of the above and considering our US team on 19 June significantly downgraded their growth outlook to forecast a US recession starting in Q4 2022, we have decided to bite the bullet on a more global scale. Because of tightening monetary and fiscal policies, rising cost of living pressures from high commodity prices and tightening financial conditions, we now forecast a number of other major economies – euro area, UK, Japan, South Korea, Australia and Canada – to tip into recession within the next 12 months (Figure 1).

Increasing signs that the world economy is entering a synchronized growth slowdown, meaning countries can no longer rely on a rebound in exports for growth, have also prompted us to forecast multiple recessions. The extent of recession vary from country to country. In the US, we expect a shallow but long recession, lasting five quarters, as strong household balance sheets should limit the depth of the recession but, unlike recent decades, we expect no policy support, with the Fed hiking rates into the recession as it focuses on its now single mandate of getting inflation back under control.

In Europe, despite our new baseline of a recession, similar in magnitude to the US, the risk is firmly skewed towards a much deeper recession, in a scenario where Russia completely cuts off gas to Europe.

In Japan, our forecast is for the mildest of technical recessions, as the economy faces some offsetting tailwinds from the delayed reopening and as it is one of the few with continued policy support. In addition to high inflation, South Korea, Australia and Canada have had debt-fueled housing booms and are at risk of deeper-than-forecast recessions, if interest rate hikes trigger housing busts and deleveraging.

The odd one out is China, which is recovering from recession as the economy unlocks amid accommodative policies, though it is at risk of renewed lockdowns and another recession, so long as Beijing sticks to its zero-Covid strategy. In stark contrast to China, the level of real GDP in Q4 2023 is lower than in Q1 2022 for the US, euro area, UK, South Korea and Canada

Incidentally, it’s not just  Nomura that is forecasting rate cuts in 2023: as of this moment, the Eurodollar market itself is pricing in half a rate cut in Q1.

There is much more in the full report available to professional subs but the gist is clear: pain is coming, as is a historic pivot by the Fed, probably some time around Jackson Hole, which will send risk assets soaring so far it will make heads spin… 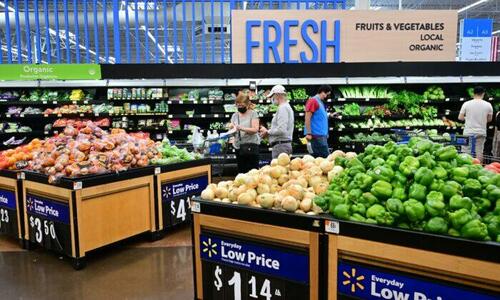 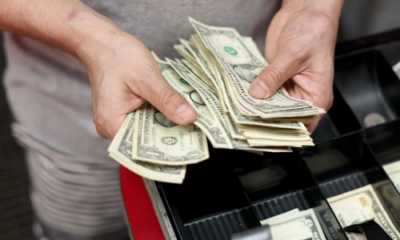 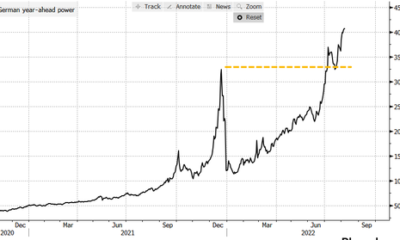 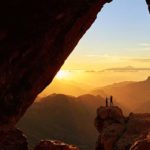 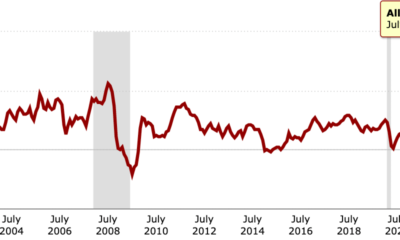