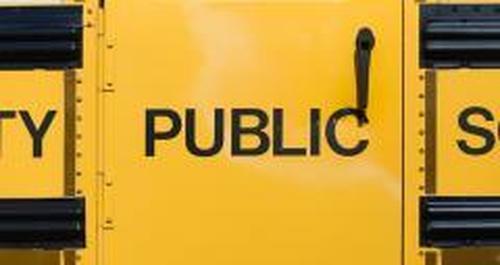 Public Schools Refusing To Open Should Give Taxpayers Their Money Back

In many school districts across the nation, public school teachers still don’t want to go back to work. Private-sector workers have long been hard at work in kitchens, at construction sites, and in hardware and grocery stores.  Meanwhile, from Seattle, to Los Angeles, and to Berkeley, California, Teachers’ Union representatives insist they simply can’t be expected to perform the on-site work in the expensive facilities that the taxpayers have long been paying for.

This week, for example, some school teachers in Colorado’s Jefferson County turned out to protest the district’s plan to return to limited in-person learning later this month. These protestors still insist it’s unsafe, even though the very institutions these people have long parroted in favor of endless lockdowns—the CDC and the World Health Organization, for instance—say re-opening schools should be a “top priority.” Moreover, the National Academies of Science, Engineering and Medicine have concluded “The lower risk of transmission of the virus by younger children and reported milder or moderate illness in this age group suggest the appropriateness of in-person instruction for primary and elementary grades.”

But that’s not good enough for public school teachers. So, in many cases, parents who actually want or need to send their students to an in-person school must go to the private sector instead. The government schools in these places can’t be bothered, but the private schools are racing to serve the public.

The most absurd aspect of all this is that even when public schools effectively tell parents and students to “get lost,” taxpayers still have to pony up the cash to pay for the public schools. If any private sector industry tried to function this way, it would be denounced in no uncertain terms. But it doesn’t happen this way because in the private sector—unlike the public schools—business owners and employees don’t get paid if they refuse to work. On other words, the customers can take their money and leave.

This disconnect between the taxpaying public and the public schools has always existed, of course, but the Covid-19 Panic has made it far more obvious to the general public. The time has come to finally allow parents and taxpayers to pull their money out of these unresponsive and expensive boondoggles.

Private Schools Are Mostly Back in Business

Compare the public school reaction to that of private schools.

By last fall, it was already apparent that private schools were much more concerned with providing in-person services than were the public schools. As Time reported last August, parents were picking up on the fact that if students were to receive an in-person education, it was probably going to happen at a private school. Moreover, most Catholic schools remain open and offer in-person instruction. In Philadelphia, for example, the archdiocese’s more than 100 elementary schools have returned to a five-day-per-week schedule. Also, “there’s been no in-school transmission” of Covid-19. In Boston, Catholic schools opened while public schools dithered. The local public radio outlet reports:

It’s a stark contrast, one that’s made Catholic schools attractive to families fed up with remote learning and willing to pay for in-person instruction.

The schools’ administrators do not know of a single case of anyone being hospitalized as a result of transmission through these schools.

This is a fairly common experience for Catholic schools. In the archdiocese of Denver, schools were “100 percent open” beginning last fall, and

less than one percent of students and less than four percent of the staff members test positive over the entire fall semester – numbers that are less than overall positivity rate for children and the general population.

Defenders of the public schools’ lackluster efforts have attempted to explain all this away by claiming private schools are all the well-heeled domain of the wealthy. Many articles point to the tuition rates of boutique schools, like the Germantown Friends school in Pennsylvania, which charges more than $40,000 per year.

This, however, is an outlier. Many private schools charge far less than that. Yes, some Catholic schools—which are 37 percent of all private schools and comprise the largest non-public school system in America— are indeed expensive boutique schools run by “private orders.” But most Catholic schools are run-of-the-mill archdiocesan schools that charge under $9,000 per year for high schooling, and even less for elementary school. That may seem like a lot, but it’s well below what many public schools spend on educating each student. Moreover, anyone who is familiar with urban Catholic school knows that these schools hardly cater to the wealthy elites, or even to non-Hispanic whites. This is largely because of extensive scholarship programs for lower-income families.

What If We Ran Grocery Stores like Public Schools?

Now just imagine if grocery stores functioned this way and that grocery stores were government-owned institutions. These stores would continue to receive funding regardless of whether or not the institutions provide the products and services the public actually wants. If the grocery industry were funded like the schools,  funding levels would be calculated on the assumption that at least 90 percent of consumers would obtain all their groceries through theses stores.1 Taxpayers would be charged accordingly. Just as state governments now spend 20 to 40 percent of state budgets on public schools, state governments would budget a sizable portion of the budget to “grocery finance.” Naturally, taxes would be much higher than they are now. Moreover, since taxes are much higher—and post-tax income much lower—countless Americans would indeed shop at these government shops. They would likely do so even if the quality were lower. “Hey, I already paid for it,” the thinking would go, “so I might as well shop there.” We’d be told these government grocery stores are indispensable, of course. Otherwise, how could the poor buy groceries?

However, given the enthusiasm with which public school staff and officials have abandoned their usual work, it’s easy to imagine a scenario in which grocery services are heavily curtailed and limited in case of a public health scare.

Because a government-owned grocery store—like a public school—has no direct connection to the “customers” it can much more easily deny service without fear of being forced out of businesses by financial losses. Like the schools, these grocery stores would probably not end all their services. They’d likely still allow some shopping via the Web under restricted circumstances. No non-employees would be allowed to enter the stores. As with school teachers, these public-sector grocery workers would insist that the grocery stores function under numerous restriction, perhaps with fewer business hours, and even weekend closures to allow for extensive cleaning. And why not? All the grocery staff and administrations would continue to receive a government paycheck and a pension.

Yes, there would be some private-sector grocery stores for those insist on shopping in person or “after hours.”  If you want to shop for groceries elsewhere, you’ll just have to pay twice: once for the government stores, and a second time for your “private” groceries.

Obviously, if presented with the option of a world of fully-government-owned grocery stores, many Americans would consider such a thing to be madness. And rightly so. Handing over the means of production in such a key industry would be disastrous.

Moreover, even when confronted with the question of whether or not low-income people can afford groceries, few advocate for a government takeover of grocery stores. Instead, the taxpayers tolerate funding a system of monthly grocery vouchers for households below a certain income level. These vouchers are commonly called “food stamps.”

Now, many people may take exception to food stamps as a boondoggle.  But it’s also hard to deny that if voters and politicians are going to insist that low-income consumers be subsidized, this grocery voucher system is orders of magnitude better than an extensive system of government-owned grocery stores.

Yet why do so many Americans think a system of government-owned schools makes sense?

If the same common-sense thinking that prevents a government takeover of grocery stores were applied to schools, the situation would look very different. Schools would virtually all be private institutions. If a parent doesn’t want to “shop” at a particular school or school district by enrolling his child there, the parent need not spend any money there.

Of course, politicians and many voters would insist that something be done to subsidize education for low-income residents. With this, the less-bad strategy is the grocery model: provide the educational version of food stamps for students.  These funds aren’t tied to any institution or any government districts. They go where the consumers go.

Meanwhile, so long as public schools continue to receive direct funding from government coffers—with no economic connection to consumer choice—the public schools won’t have to care what the public wants or needs. The schools will get paid no matter what.