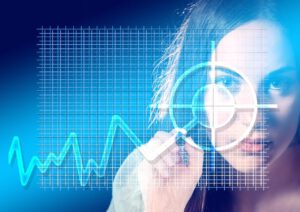 At that point, they would look for an attempt to find “a fresh floor and for a fresh base building process to begin for a resumption of the core uptrend,” they said in a recent report.

September 18, 2020 Update: The S&P 500 (INDEXSP: .INX) declined for a third consecutive day amid fears about the economic recovery in the U.S. and a new global surge in coronavirus infections. Today is also a “quadruple witching” day, which doesn’t help matters any. There is one such day every quarter when volatility is increased due to the expiration of futures and options on indexes and equities.

The S&P has been trading lower since Wednesday when the Federal Reserve signaled it would hold interest rates near zero for years as the economy continues to reel from the pandemic. Stocks were also pressured as the prospects of further stimulus from Congress grow even dimmer.

August 17, 2020 Update: The S&P 500 (INDEXSP: .INX) is hovering close to a record high today. Investors remain unconcerned about the lack of a stimulus deal among U.S. lawmakers, not to mention renewed tensions between the U.S. and China and the COVID-19 pandemic.

If the S&P hits a record high this week, it would be the first time that happened since February. What’s even more remarkable than that is the fact that the index would even hit a record at all with the pandemic, which is causing the economy to struggle.

CNN notes that if the S&P 500 (INDEXSP: .INX) does hit a new record high soon, it would mean that it took only about five months for it to climb from its recent low during the March selloff to a new record. The index has been hovering close to a new record high for some time, but it has repeatedly failed to break through.

A new bull market for the INDEXSP: .INX?

Some might say that a new record would mark the end of the bear market caused by the pandemic, making it the shortest ever at only 1.1 months. However, other definitions suggest another month would have to go by before there would be a confirmation that a new bull market is underway.

The general definition of a bull market is a 20% rally off the previous low without undercutting it within six months. The S&P 500 is on track for that in September unless things change.

Bubble territory, earnings and how to buy

Prior to mid February the index continued to hit record highs in 2020, including new highs on Feb. 11. Both the S&P and the Nasdaq touched new records as Wall Street expressed optimism in the stock market due to a slowdown in new cases of the coronavirus in China. The Dow Jones Industrial Average also soared to a new record intraday high. However, all that ended as coronavirus started spreading primarily in Italy and now the US. INX and other major indices are down on fears that most of the economy is likely to shut down.

The S&P 500 is a widely used measuring stick for U.S. stocks because it tracks the stocks of 500 of the biggest companies in the nation. S&P stands for Standard and Poor, the names of the two companies that created the index originally. Henry Poor was an analyst who put together a book every year listing public railroad companies. Poor’s book was merged with the publication of the Standard Statistics Bureau in 1941.

A committee selects the companies that will be included in the S&P, but all companies must fit certain criteria before they will even be considered. The eight criteria are market capitalization, sector, liquidity, public float, domicile, financial liability, stock exchange, and length of time they have been public.

How to get included in the INX index

All companies included in the index must have a market capitalization of at least $5.3 billion. A minimum of 250,000 shares must change hands in each of the six months before the data of evaluation for inclusion in the index. The companies are also selected across all sectors to represent the economy of the U.S.

The companies must be listed on either the New York Stock Exchange or the Nasdaq, and they must be headquartered in the U.S. They must have been public for at least six months and have posted at least four consecutive quarters of positive as-reported earnings. For this reason, even though Tesla has achieved a massive market cap of $138.84 billion, it isn’t ready to be included in the S&P because it hasn’t yet posted four consecutive quarters of positive as-reported earnings.

How to buy the S&P

The easiest way to buy the S&P 500 is to invest in a passive fund that tracks the index. Some common exchange-traded funds that track the index include the Vanguard S&P 500 ETF, the SPDR S&P 500 ETF, and the iShares Core S&P 500 ETF.

It’s also possible to purchase individual stocks that are found in the S&P 500 (INDEXSP: .INX). In some ways, that may be the wiser move, although it is more complicated for individual investors.

CNN argues that the S&P 500 has basically become the S&P 5. The index’s entire market value is $26.7 trillion, and the top five stocks make up $4.85 trillion of it. The top five stocks are all tech names: Apple, Microsoft, Amazon, Alphabet and Facebook.

The last time the weighting of the index was so heavily skewed toward one sector was in 2000 right before the bursting of the dotcom bubble. Currently, Apple and Microsoft’s weightings in the index are higher than those of some industries.

So does this mean the S&P is overvalued or in a bubble? It depends on who you ask, but JPMorgan analysts said the index isn’t in a bubble until it reaches 3,700, Bloomberg reported in January 2020. At less than 3,400, the index is still well below that level. The firm said the S&P would have to hit 3,700 in the second half of this year to be in a bubble.

If the S&P 500 (INDEXSP: .INX) reaches or exceeds 3,700 in the second half of this year, it would line up with the 12-month growth rate pattern JPMorgan identified in previous bubbles. They did say the index’s performance between 2017 and 2019 does roughly line up with the performance leading into previous market bubbles. Thus, all that’s needed is one year of an accelerated rally.

Where will the S&P go this year?

Looking at the S&P more realistically, analysts are looking for the index to reach levels of 3,400 to 3,500. Of the strategists tracked by Bloomberg, 3,500 was the highest target offered for the end of this year.

In a note on Feb. 10, 2020, Canaccord Genuity analysts Tony Dwyer and Michael Welch said they are looking for a target of 3,440 at the end of this year. They downgraded their market view to Neutral recently because the index is relatively close to their target already.

To come to a higher target for the S&P, they would have to see higher earnings per share numbers for the index this year. They add that it’s unlikely that earnings will be higher than that until more clarity is seen on the impact of the coronavirus on the global economy. On the other hand, they also say investors shouldn’t be too cautious.

“We would be careful to not get overly cautious because the monetary and fiscal backdrop should remain positive, and the U.S. economy driven by low inflation, full employment, high confidence, and a demographic tailwind to support further long-term upside,” they explained.

With their earnings estimate at $172 for 2020, Canaccord Genuity is below consensus. Consensus stands closer to $176 per share.

S&P outlook: index could rise in the double digits in 2020

On Feb. 4, 2020, Fundstrat co-founder Tom Lee told Yahoo Finance that the S&P 500 index (INDEXSP: .INX) could deliver another year of double-digit returns this year. He expects the industrial cycle to return to growth, based on a sharp increase in the latest reading on the manufacturing purchasing mangers’ index.

The ISM manufacturing PMI climbed to 50.9 last month, clocking the highest level in six months. The S&P 500 index also rebounded on Feb. 4 and 5 as fears about the coronavirus subsided. Reports of a possible treatment for it boosted the stock market on Wednesday.

The Dow Jones Industrial Average also climbed on Feb. 5, rising an impressive 1.42% by the afternoon amid signs that the spread of the coronavirus was slowing. Analysts say the Dow Jones climbed more than 200 points as Wall Street expressed optimism over the possibility of a vaccine for the coronavirus.

The stock market in general moved higher on Feb. 5 as the Nasdaq Composite (INDEXNASDAQ: IXIC) was also up, although less than the S&P 500 index (INDEXSP: .INX) and the Dow. The Nasdaq managed a new record during the regular trading day, following the previous record set the day before.