On August 27, the Federal Reserve released an important revision to its monetary policy strategy, replacing 2 percent price inflation targeting—initially adopted in 2012—with a new approach in which the Fed will target an average inflation rate instead. To quote the Fed’s statement, “following periods when inflation has been running persistently below 2 percent, appropriate monetary policy will likely aim to achieve inflation moderately above 2 percent for some time.” The idea is thus to allow inflation to move above 2 percent until it averages 2 percent over some unspecified number of prior periods rather than to aim for a consistent 2 percent level.

In addition to being a violation of the Fed’s price stability mandate, which, as Philipp Bagus has pointed out, “literally means and is 0 percent price inflation,” the new strategy as it has been described so far is also lacking two essential details that would be required for it to count as anything more than a self-conferred license to make up monetary policy on the fly.

First, as many authors have noted, practically any policy action could be justified through an appropriate choice of the number of periods over which to average (see this Wall Street Journal commentary). There is also nothing to rule out the possibility that this number might be arbitrarily changed to suit the whims of the policymakers. Second, there is no indication of how the Fed would react to a steady uptrend in price inflation. Here I would like to focus on this latter omission, which strikes me as especially glaring given the upside inflation risks resulting from this year’s unprecedented explosion in the money supply.

The job of the central banker, as former Fed chair William McChesney Martin famously said, is to “take away the punch bowl just as the party gets going.” Clearly as long as inflation stays below the 2 percent target, there will be plenty of punch for everyone. The funds rate will be kept at zero and the new policy will be moot. The policy change would only begin to matter with inflation above 2 percent. At first, the average would presumably still be below this level, implying that rates would remain unchanged when they might otherwise have been raised. But what would happen if the average then continued climbing until it too exceeded 2 percent? How abruptly would the punch bowl have to be taken away at that point?

Under these circumstances, it is hard to see how the price stability mandate would be consistent with the 25 basis points per meeting pace that has been typical of prior rate hike cycles. With inflation trending upward, proceeding so slowly after delaying for so long would risk “unmooring” inflation expectations and setting off an uncontrollable inflationary spiral.

Logically, under the new average inflation targeting regime the central bank would have to respond much more forcefully once the average exceeded its target. This would mean that the “lower for longer” phase would have to be reversed through subsequent aggressive tightening. Where formerly the Fed might have been expected to adjust rates upward in a smooth and reasonably predictable fashion, the new policy might require an interest rate path characterized by abrupt upward jumps, possibly terminating with rates at an even higher level than would have been necessary to restore price stability with a more preemptive reaction function.

This scenario will be familiar to anyone acquainted with the economic history of the 1970s. US inflation first began to pick up in the late 1960s in tandem with deficit spending resulting from “Great Society” programs and the war in Vietnam, then exploded higher following the oil shocks of 1973 and 1979 (see figure 1). Monetary policy remained overly accommodative until the end of the decade, when the Fed was finally forced to veer to the opposite extreme, pushing the effective fed funds rate to almost 20 percent by the beginning of the 1980s (see figure 2).

The new average targeting policy only really makes sense in a world of permanently low inflation, where the Fed could safely set aside its price stability mandate and focus on other objectives. Unfortunately, there is no reason to rule out future periods of high inflation, and it is unlikely to be obvious in advance when the next such episode has begun. Whenever this transition takes place, average inflation targeting virtually guarantees that the central bankers will be well behind the curve.

It is easy to see why the Fed might have neglected to describe its plans for dealing with a future uptrend in inflation in explaining its new strategy. It would like to reassure markets by committing itself to leaving the punch on the table too long but might prefer not to consider the fact that this commitment must come at a price. As in 1980, it will be necessary to take a sledgehammer to the punch bowl when the party’s over. 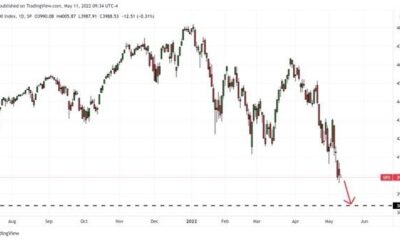 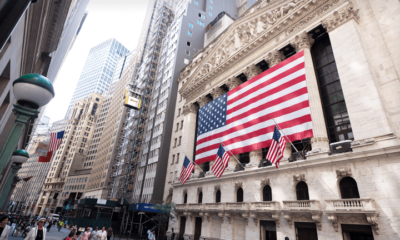