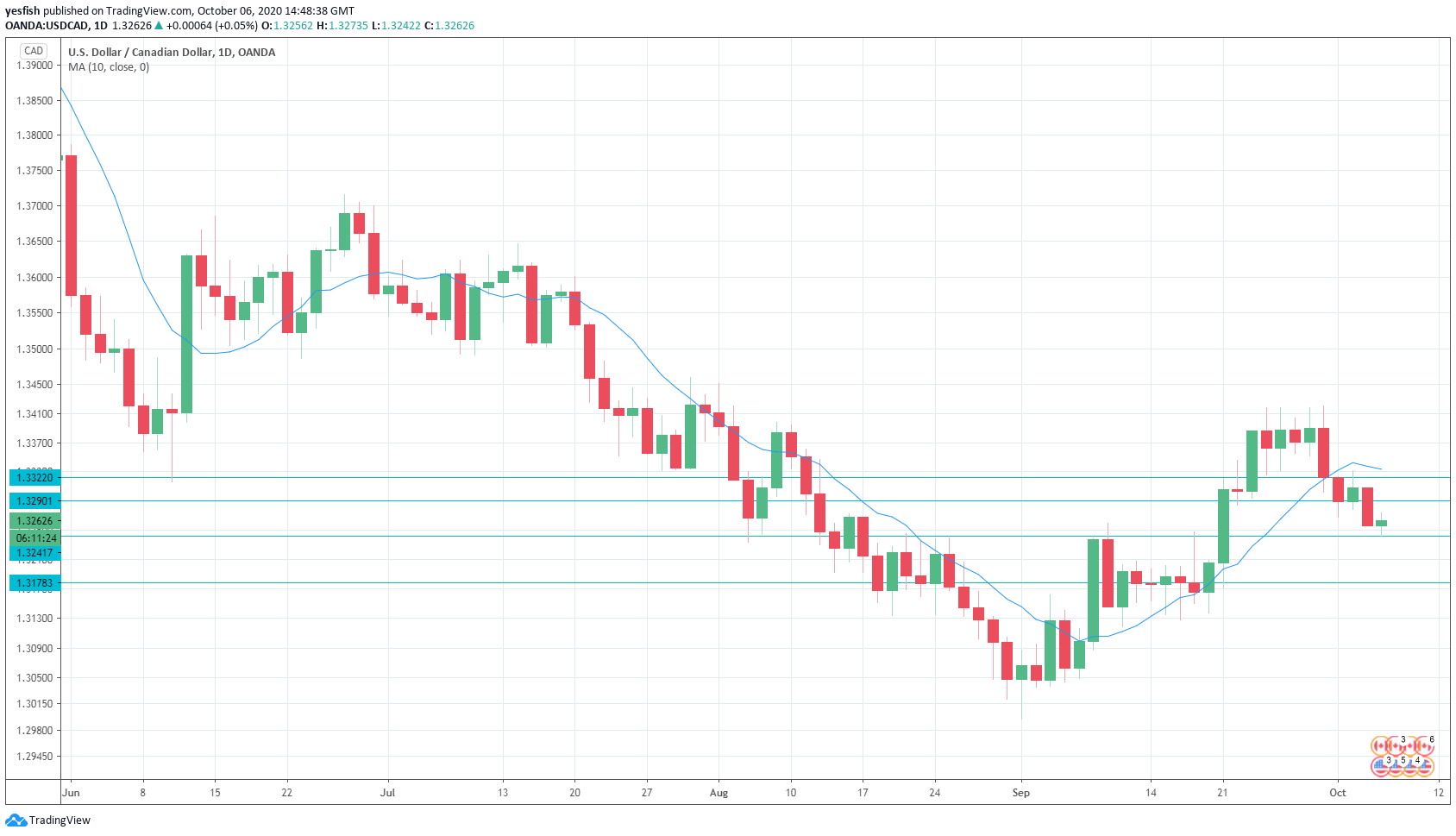 The Canadian dollar is almost unchanged on Tuesday, after starting the week with gains. USD/CAD is trading at 1.3260, up 0.04% on the day. On the fundamental front, both Canada and the US released their respective trade balances for August. Canada’s trade deficit edged lower to C$2.4 billion, down from C$2.5 billion. Over in the US, the trade deficit climbed to $67.1 billion, up from $63.6 billion beforehand. Both exports and imports increased, as the US economy continues to recover from the sharp downturn of earlier this year.

Investors are keeping a close eye on the FOMC minutes, which will be released at Wednesday at 18:00 GMT. The buzz around the Federal Reserve continues to be its recent change in monetary policy. The Fed stance on inflation is now “average inflation targeting”, which means that the Fed is no longer committed to raising interest rates if inflation overshoots the 2 percent level. At the September policy meeting, FOMC members noted that they don’t expect rates to rise until 2023, and predictably, this has soured sentiment towards the US dollar, which continues to struggle against the G-10 currencies. If the tone of the minutes echoes the dovish view that was expressed at the policy meeting, the US dollar could find itself under pressure on Wednesday.