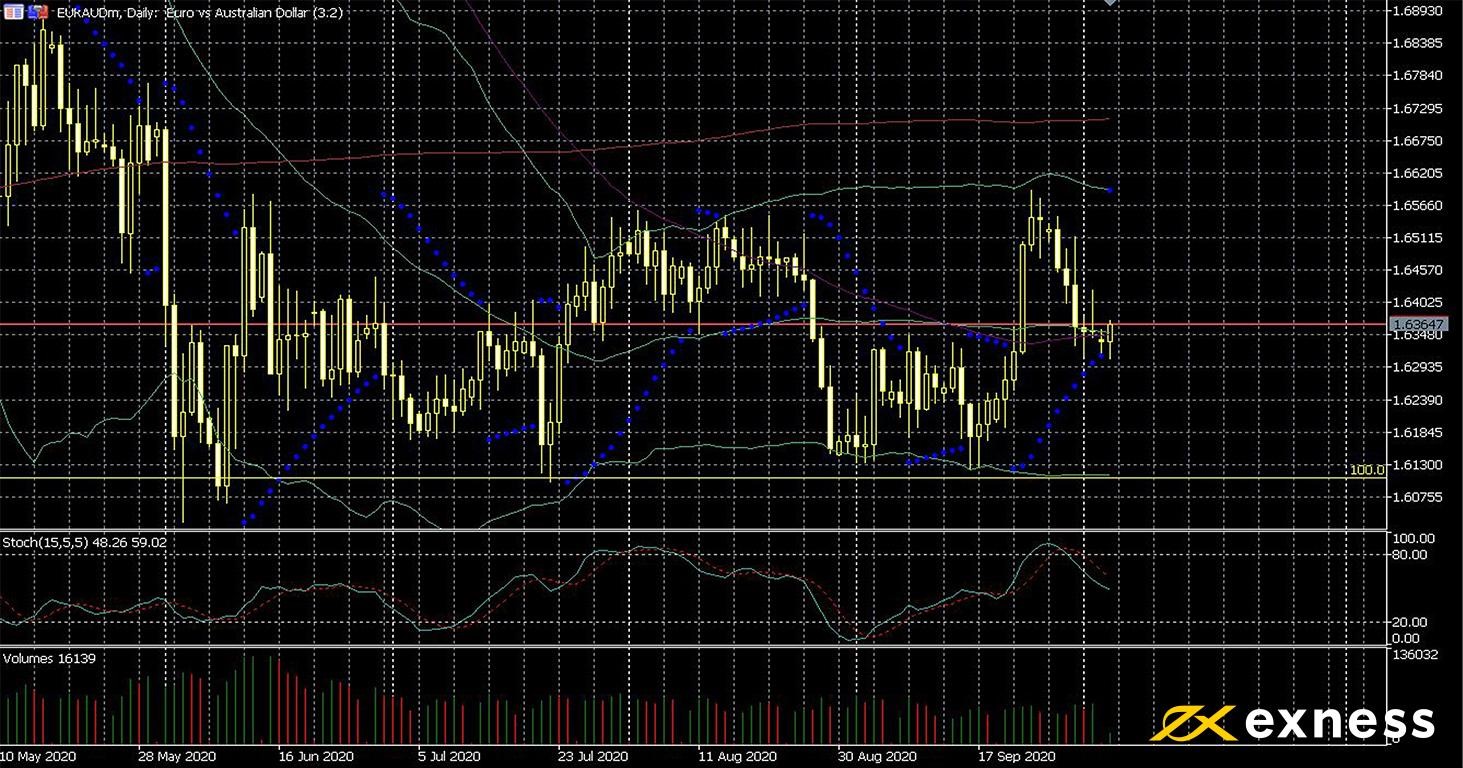 EURAUD had a boost this morning from strong data on retail sales from the eurozone. However, it has generally been languishing fairly low considering that disruptions to trade this year would usually be expected to hit the Aussie dollar harder than the euro.

The 100% weekly Fibonacci retracement area, in other words full retracement from the highs in February, seems to be established as a strong support. There haven’t been any clear fundamental drivers for either a bounce or a test of new lows over the past few weeks, though. Volume has decreased since June and the 50 and 100 moving averages have bunched quite close together.

Tomorrow morning’s trade data from Australia and the meeting of the RBA could provide more direction to the price this week. Equally, a weaker balance of trade from Germany on Thursday as expected could drive the euro down here. 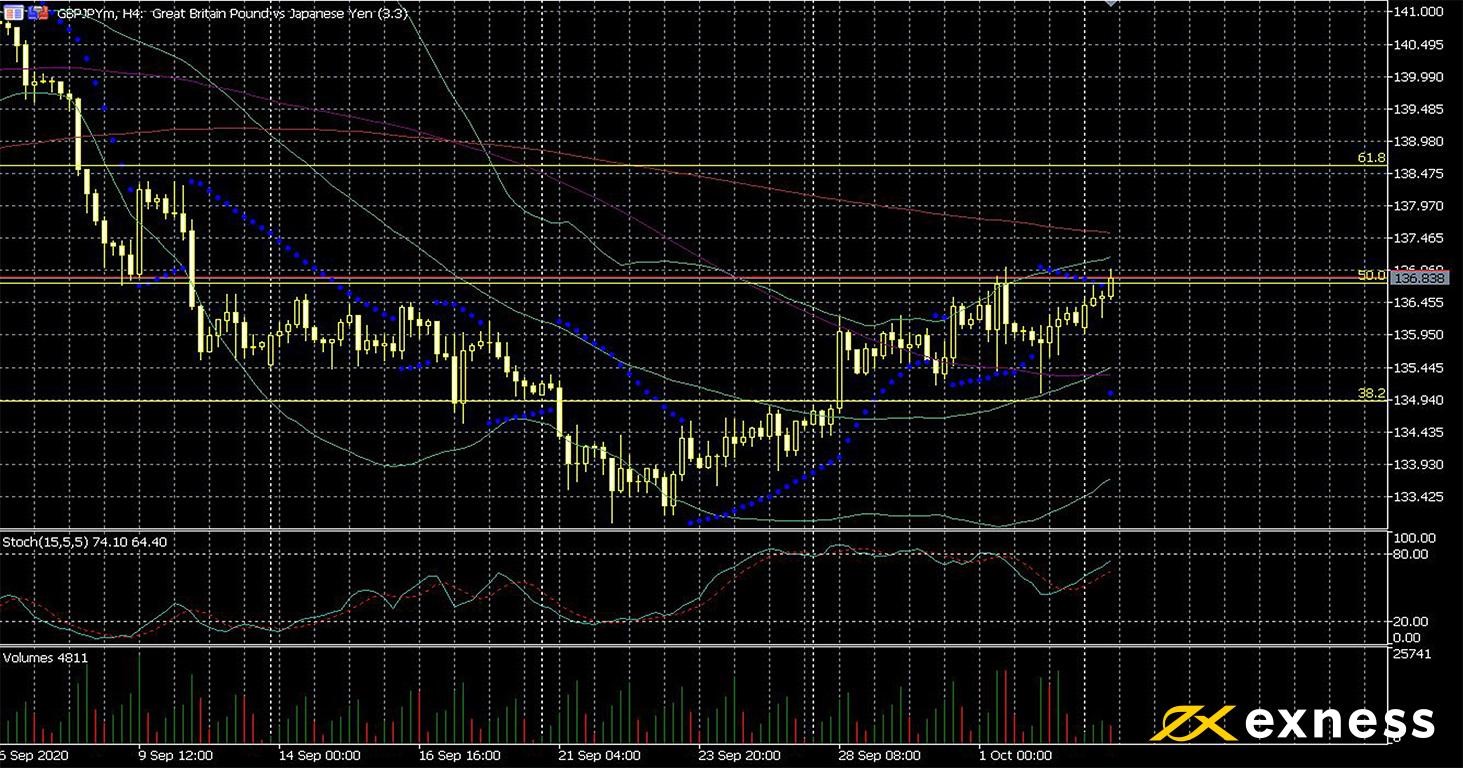 Very little has been heard of recent progress (or lack thereof) in ongoing UK-EU trade negotiations apart from Boris Johnson’s claim at the weekend that the UK can ‘more than live without’ a deal. No news has generally been bad news over the last few rounds of talks, but the pound is generally holding its strength against most major currencies so far this week.

From a technical point of view, it looks difficult for the pound to continue much beyond the 50% Fibonacci retracement area. The last test of this on Thursday failed very close to overbought. However, buying volume has remained dominant so far today and the 50 SMA from Bands is in the process of golden crossing the 100 while the slow stochastic (15, 5, 5) at 74 still hasn’t reached overbought.

Continuation upward over the next few weeks is probably contingent on at least a decent release from Friday’s balance of trade. While less important, traders will also probably monitor tomorrow’s construction PMI and Wednesday’s property data from the UK.

Bold indicates the most important release for this symbol.

Disclaimer: opinions are personal to the author and do not reflect the opinions of Exness or LeapRate.

The post Weekly forex data: trade and the RBA in focus appeared first on LeapRate.