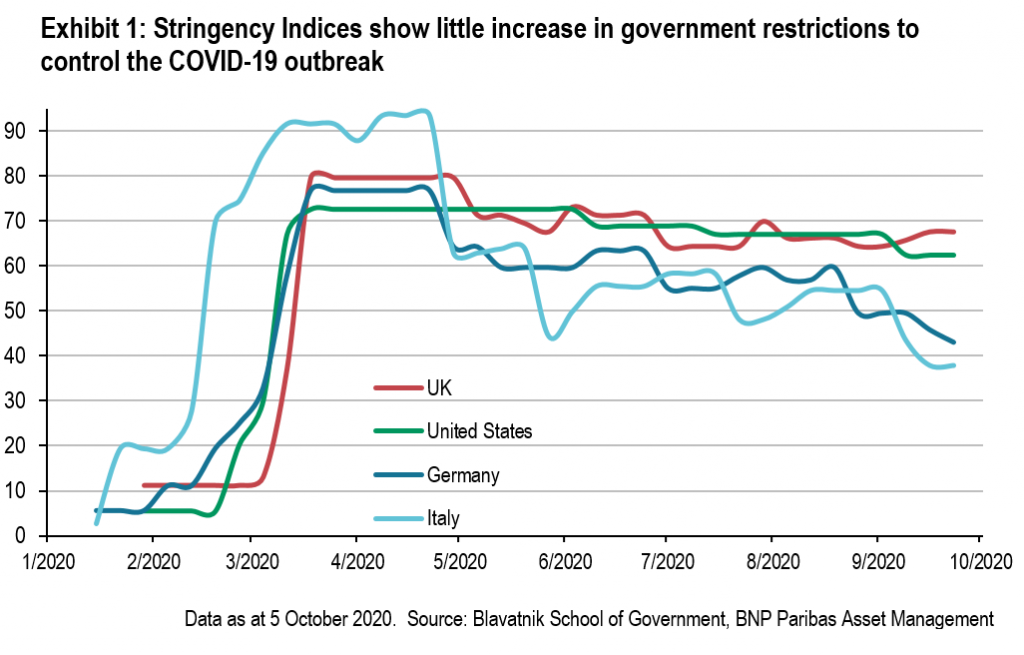 Investors are
having to digest rapidly evolving news on both US politics and the coronavirus
pandemic. The appreciation of the US dollar since mid-September has been the
most obvious sign of investors seeking safe havens amid the threat of storms.

The number of COVID-19 infections has continued to rise
rapidly in many countries in Europe, although thankfully, the fatality rate has
been remains far lower than it was earlier this year as the majority of new
cases are among younger people, many of whom are asymptomatic.

While the arrival of a second wave was expected, many
observers have been surprised by how quickly the virus spread once lockdown
restrictions were eased. The most pertinent question for investors is what
measures governments will take to slow the spread, as any return to lockdowns
will quickly be reflected in asset prices.

Full lockdowns look unlikely at this point, as much due to
the significant economic and psychological costs of such strict measures as to
questions about their long-term sustainability. Lockdowns only suppress the
spread of the virus while they are in place, but they cannot be maintained
indefinitely. Consequently, governments are imposing more targeted measures to
lower infections in particular areas while allowing most economic activity to
continue.

The Blavatnik
School of Government’s Stringency indices, which measure the
restrictiveness of government policies, have changed little over the last few
months, though there is still significant uncertainty over the course of the
virus as we move towards the winter flu season (see Exhibit 1).

US: Stimulus package on the backburner

There had always been expectations that the US election
campaign would be volatile, but recent events have still surprised, from a
tumultuous first presidential candidate debate in late September to President
Trump’s coronavirus diagnosis and apparent swift recovery.

Opinion polls and betting odds have moved sharply, even
though the majority of voters reportedly made up their minds long ago. While
much commentary has focused on the reaction of equity markets to the rising or
falling odds of either candidate’s victory, it is not clear that this is
actually an important driver, at least at this stage.

While US equities did fall on the diagnosis news on 2
October, the declines were concentrated in the technology sector, while the
rest of the market (along with European equities) was flat. Following the 29
September debate, perceived as positive for Trump’s rival Biden, markets rose
(see Exhibit 2).

One challenge in reading the equity market tealeaves is that
the impact on different sectors of the market varies depending not only on the
victor in the presidential race, but also on the configuration of Congress.
Different parts of the energy, financial, healthcare and technology sectors
will likely gain after the election while some will lose, with the net effect
uncertain.

The US Treasury market and breakeven inflation may be
clearer indicators of market sentiment as the 10bp rise in yields over the last
week may reflect expectations of greater fiscal stimulus under a future Biden
administration and Democratic Congress, irrespective of whether protracted
pre-election wrangling between Republicans and Democrats can still lead to a
new deal.

On Tuesday, President Trump dashed any market hopes for
another coronavirus relief package after he instructed his representatives to
stop negotiating until after the election. Stock prices fell sharply on the
news.

The USD 2 trillion CARES act stimulus package earlier this
year merely offset part of the USD 1.8 trillion collapse in GDP in the second
quarter, while a USD 2-3 trillion stimulus package next year would support an
economy already expected to expand by nearly USD 700 billion.

Recent economic data has been mixed geographically, with
PMIs, payrolls, and retail sales numbers showing the recovery continuing in the
US and China, though inevitably at a slower pace following the initial sharp
bounce.

Data for much of Europe was more tepid. As economic restrictions
have not been increasing in Europe, as we noted above, the weaker figures may
simply reflect consumer and business anxiety about the evolution of the
pandemic.

Any views expressed
here are those of the author as of the date of publication, are based on
available information, and are subject to change without notice. Individual
portfolio management teams may hold different views and may take different
investment decisions for different clients. 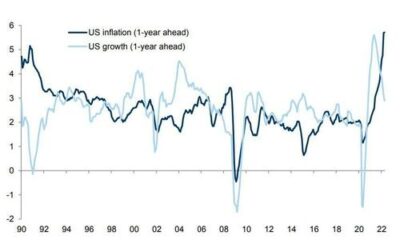