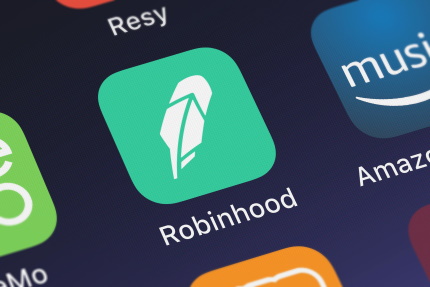 I’ve
always been a great fan of mysteries. But who needs Agatha Christie to weave a story
when we have the U.S. stock market?

Everyone
has been wondering what’s sent technology stocks (mainly in the Nasdaq) on a
parabolic journey.

A
major institutional buyer, mysteriously nicknamed the “Nasdaq whale” by traders,
dominated the never-before-seen massive buying of call options on a large
number of tech stocks.

This,
of course, attracted plenty of retail investors (think: Robinhood users) along
for the ride, too.

It’s
easy to connect the activity in the options market to the stock market.
Dealers, including big banks such as Goldman Sachs and market makers like
Citadel Securities, would have been exposed to losses on call options if share
prices spike and they had not hedged their exposure.

To
hedge risks like that one, dealers purchase the underlying stock so they get a
piece of any share price spike. This buying, in turn, pushes up the underlying
stock, creating a self-fulfilling cycle that helps push stocks like Tesla
and Apple to all-time highs.

Tesla
soared 74% in August and Apple jumped 21% thanks to this classic example of the
tail wagging the dog.

Last week, the
mystery of the “Nasdaq whale” was solved as its true identity  was unmasked by the Financial Times.

The “whale” turned out to be the world’s number-one investor in technology start-ups: Japan’s Softbank (SFTBY), headed by Masayoshi Son.

And yes, it’s the
same Masayoshi Son who lost $70 billion when the dotcom bubble burst.

Over the past
month, Softbank had snapped up calls on the well-known technology stocks in
huge amounts. These actions led to the largest-ever trading volumes in option
contracts linked to individual stocks.

This aggressive
move into the options market certainly marks a different and more high-risk
strategy for Softbank.

But I guess Son
was getting antsy. In recent years, he made huge bets on privately held
technology start-ups through the $100 billion Vision Fund. But after the
coronavirus market turmoil hit those investments hard, Son started an asset
management unit for public investments using capital he contributed himself.

And Son has
certainly made a whale-sized splash. The overall nominal value of calls traded
on individual U.S. stocks averaged $335 billion a day over the past two weeks,
according to Goldman Sachs. That is more than triple the rolling average
between 2017 and 2019.

Son has also been
busy purchasing U.S. tech stocks outright. According to a filing made to the
Securities and Exchange Commission last month, SoftBank has bought stakes
totaling almost $2 billion in Amazon, Alphabet, Microsoft,
Tesla and other big-name U.S. tech stocks.

Crowded trades can
become extremely dangerous when juiced by the power of options. But so far, Son
has managed to run between the raindrops: His high-risk strategy has
netted Softbank about $4 billion in a short time. Son had spent roughly the
same amount of money on his options purchases, so he has made a quick 100%
gain. His notional exposure was about $30 billion.

I’m
torn as to whether this is a good move by Son. Part of me says no—he is just
taking a massive leveraged and very risky bet on momentum tech stocks to try to
make up for bombs like his investment in WeWork.

But then
part of me says yes. It is well-known throughout the world that U.S. investors
will naively buy literally anything even remotely tech related.

Traders
in Japan are going for option one. Softbank stock has plunged about 10% since
it was revealed as the Nasdaq whale. The stock had been up 33% year-to-date.

The perception
among many Japanese investors is that SoftBank’s behavior as a company
increasingly resembles that of a leveraged hedge fund with a massive appetite
for risk.

They
may be right. Son
is highly exposed to any steep sell offs in U.S. tech shares. High valuations,
including Tesla at 900 times forward earnings (that mainly come from selling
environmental credits), should tell everyone this is a real danger.

Or as Amir
Anvarzadeh, senior markets strategist at equity advisory firm Asymmetric
Advisors, said to the Nikkei Asian Review: “When there is a tech
bubble, Masayoshi Son is usually not too far away from the action.”

Son’s judgment was already in
question because of the WeWork debacle. If this bet does not pay off, his reputation
will be tarnished, as will Softbank’s lofty stock price.

And the positive, leveraged
cycle for U.S. tech stocks may go into reverse quickly.