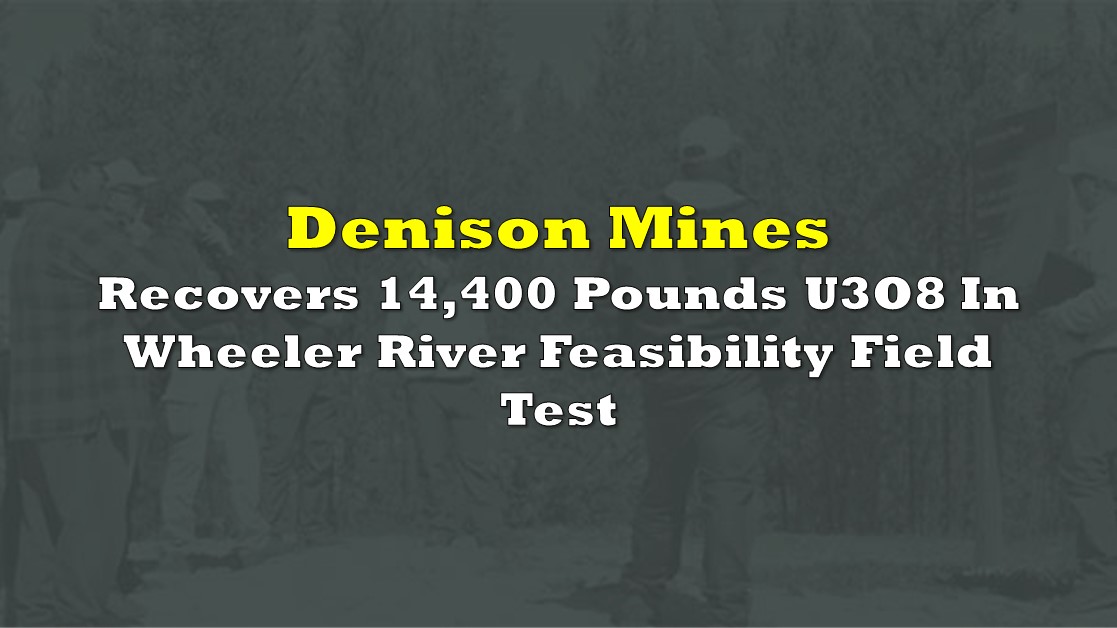 Early results from the field test indicate that the leaching area was able to recover uranium with a head grade of up to 43 grams per litre, with those grades still rising at the end of the test cycle, which is indicative of the ramp-up of a well’s production profile.

“Uranium head grades were increasing at the time the leaching phase of the FFT was completed – returning a maximum uranium head grade of 43 g/l. This is over 300% higher than the head grade assumed in the 2018 PFS, and further supports the Company’s decision to increase the assumed ISR mining head grade by 50% for the feasibility study,” said Kevin Himbeault, VP of Plant Operations & Regulatory Affairs for Denison.

The leaching phase of the feasibility test is now said to be complete, with the phase demonstrating the effectiveness and efficiency of the leaching process using an ore zone 400 metres below surface. Testing was located at the phase 1 planned mining area of the Phoenix deposit, with the test wells used suitable for commercial-scale operations.

“The detailed results from the leaching phase of the Phoenix ISR FFT are very encouraging. Using only one injection well and two recovery wells for a period of active leaching of only ten days, we recovered an estimated 14,400 lbs U3O8 – representing approximately 1% of the mineral reserves estimated to be within the perimeter of the FFT test area,” commented CEO David Cates.

Activities under the field test have now moved to the neutralization phase, and the company is expected to begin the third and final phase, the management of the recovered solution, in spring 2023.