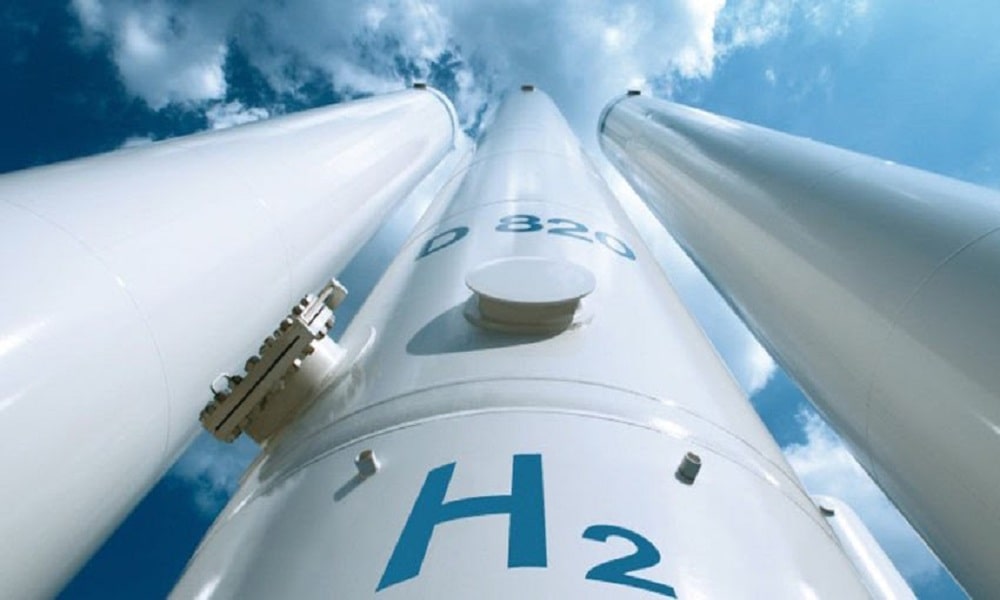 Australian governments are getting serious about the country’s fledgling hydrogen industry announcing further multi-million-dollar commitments to position Australia as the home of hydrogen.

Ingrid Kukuljan – head of impact investing, lead portfolio manager at US-based investment banking firm Federated Hermes – says hydrogen is rightly being hailed by industry and investors alike as the fuel of the future.

“Over the last 18 months, we have observed a material increase in the number of companies, across the energy, materials & resources, and capital goods value chains outline their grand visions for the hydrogen economy,” she said.

“We believe that critical progress to realising these innovations is investible today and point to a number of key areas.”

The main areas hydrogen is expected to play a significant role are as a blended gas and as a transport fuel.

Kukuljan says hydrogen fuel cell technology is on the precipice of mass commercialisation on the back of a generous $2bn subsidy program launched in China, as well as strong incentives in Europe and California.

“At present, over 30 countries have hydrogen roadmaps and 228 large-scale hydrogen projects have been announced with a total value of $300bn,” she noted.

PwC sees the global hydrogen market exploding between 2030 and 2050, but substantial investment is needed by Australia to help fuel that growth.

Governments around the world are ramping up their financial pledges to give the industry a kick start. Just last week Australian Prime Minister Scott Morrison promised $540m in the upcoming budget for hydrogen and carbon capture storage projects.

That is on top of the $70m, five-year commitment announced in last year’s budget.

It is part of a much bigger $18 billion spend planned by the federal government to slash the country’s carbon emissions and meet its climate goals.

An increasing number of juniors are also joining the march into hydrogen.

Emerging vanadium producer Australian Vanadium (ASX:AVL) has also mapped out its own hydrogen strategy, which will see it incorporate green hydrogen into its namesake vanadium project.

“On the hydrogen side there’s clearly a very strong understanding that using hydrogen does assist this move towards reduction of global emissions footprint,” managing director Vincent Algar told Stockhead.

“AVL has quite a clear strategy on what we want to use hydrogen for and that is to reduce what we call our ‘scope one’ footprint which is in the generation of the vanadium product.

“We want to get our footprint as low as possible, making it attractive to investors. We’ll do that by using hydrogen in the gas component of our work. That includes roasting.

“We can feed up to 10-15 per cent hydrogen into our roaster and that will reduce its carbon footprint.”

Investors are responding favourably to those adopting hydrogen strategies.

Vanadium and oil shale company QEM (ASX:QEM) has been on a tear since announcing its plans to undertake studies into green hydrogen opportunities at its Julia Creek project in North Queensland.

Since mid-March shares have more than tripled.

A green and blue partnership

While there is a rapidly growing focus on green hydrogen in particular, blue hydrogen is still going to be a key part of establishing Australia as a major hydrogen economy, according to Hexagon Energy Materials (ASX:HXG) chairman Charles Whitfield.

“To create the fastest path to lowering carbon emissions, the world cannot wait for undeveloped technologies, immediately available solutions are available and as such converting traditional industry to low or zero carbon allows the fastest way to tackle climate change,” Whitfield said.

“A key cornerstone of this is the advancement of ‘blue’ hydrogen in many applications where previously LNG, natural gas or liquid fuels were used. So called blue hydrogen has zero carbon emissions at either manufacture or consumption and is a solution to reduce carbon emissions today at low cost and the volumes required by transport, industry and energy suppliers.

“While Australia hopes to become a major player in green hydrogen using renewable energy in the future, it is blue hydrogen that it is backing to create a rapid scaling up of the conversion to hydrogen economies both here and in the potential markets of Asia.”

Hexagon recently completed the acquisition of Ebony Energy, adding the Pedirka blue hydrogen project in the Northern Territory to its portfolio.

The company has kicked off a pre-feasibility study on the project which is due for completion later this year.

Western Australia’s Pilbara is expected to be one of the regions that receives federal funds to establish it as a hydrogen hub, but WA Minister for Regional Development Alannah MacTiernan also wants the state’s Mid-West region to be considered as a potential location.

Pilot Energy chairman Brad Lingo backs MacTiernan’s call for the Mid-West to be considered as well.

“The Mid-West is ideal for a hydrogen hub and is a key focus of the WA government’s hydrogen initiatives as evidenced by the Oakajee Strategic Industrial Area Renewable Hydrogen Project,” he said.

Lingo said there had been a strong response to the state government’s expressions of interest process for developing the Mid-West region at Oakajee as the key hydrogen hub for the state.

Late last year, Pilot Energy provided an expression of interest submission centred around its Mid-West Integrated Wind and Solar Project and its position in the Cliff Head Oil Field.

One of the key barriers to hydrogen uptake is cost, but Pilot Energy believes it can deliver an industrial scale hydrogen solution at a cost as low as $2 per kilogram with zero CO2 emissions for both domestic supply and export.

The Hydrogen Council estimates renewable hydrogen production costs will drop to a range of $1.40 to $2.30 by 2030 making it cost competitive in 20 applications.

Australian Vanadium’s Algar said there were a number of start-up and pilot scale hydrogen projects in the Mid-West being supported by the state government.

He said those projects would generate sufficient quantities of hydrogen for miners and other industries to use in a variety of ways, including in their power mix, blended into the gas network and in transportation.

Port Anthony Renewables has locked in four joint venture partnerships as it works to build a major hydrogen hub in Victoria’s southeast.

The company has inked deals with Infinite Blue Energy, GrapheneX, Pure Hydrogen (ASX:PH2) and Patriot Hydrogen to build a series of hydrogen facilities at Port Anthony, 180km southeast of Melbourne.

Hunter-based Sweetman Renewables last week revealed it was undertaking a $2.5m pre-IPO raise to help set it up to make its ASX debut down the track.

The company is working to elevate its revenue base tenfold with its expansion to three divisions covering hydrogen production, biomass supply and selling high-quality timber products.

Verdant Earth Technologies, meanwhile, is heading to the NASDAQ – the world’s second largest exchange behind only the New York Stock Exchange.

The company is planning to build Australia’s first scalable hydrogen production plant, which is expected to initially deliver 6.5 tonnes per day before being scaled up to 60 tonnes per day by 2024.

Verdant is undertaking a feasibility study to locate the Monarch green hydrogen plant at its $550m 151MW renewable energy power station in NSW.

Trojan H2 Logistics is aiming to become Australia’s very first molecular storage, haulage and distribution company as it looks to fill a big gap in the market.

The company has signed a memorandum of understanding (MoU) with suppliers for the delivery of 100 LH2 Fuel Stations, as well as a $US2.8m ($3.6m) agreement to immediately acquire 2 ADR-approved liquid hydrogen trailers capable of holding around 55,000 litres, or nearly 4 tonnes.

This is expected to be the start of a planned 1,000 strong fleet of H2 trucks to be rolled out Australia-wide.

Trojan has also signed an MoU with another supplier to secure 50 hydrogen prime movers.

The post Government cash splash positions hydrogen as the ‘fuel of the future’ appeared first on Stockhead. 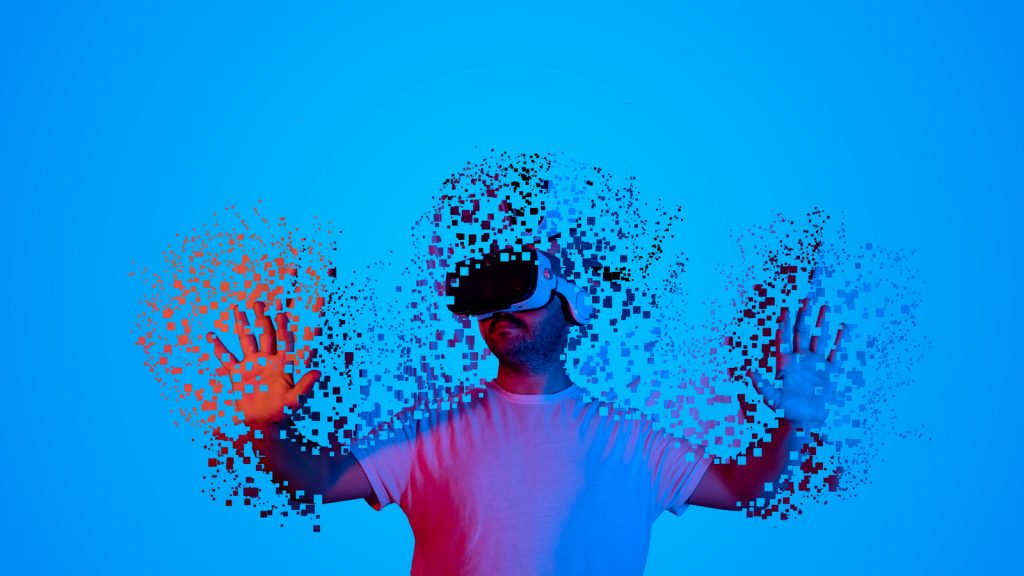 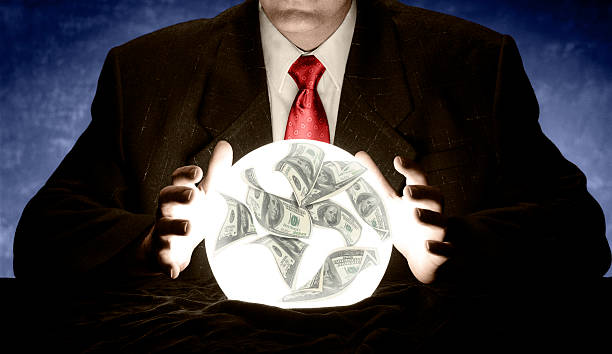 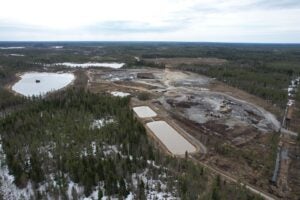 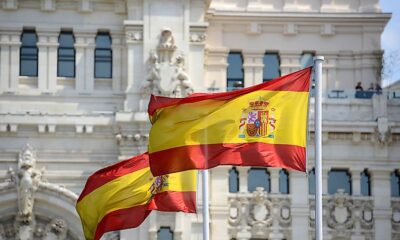