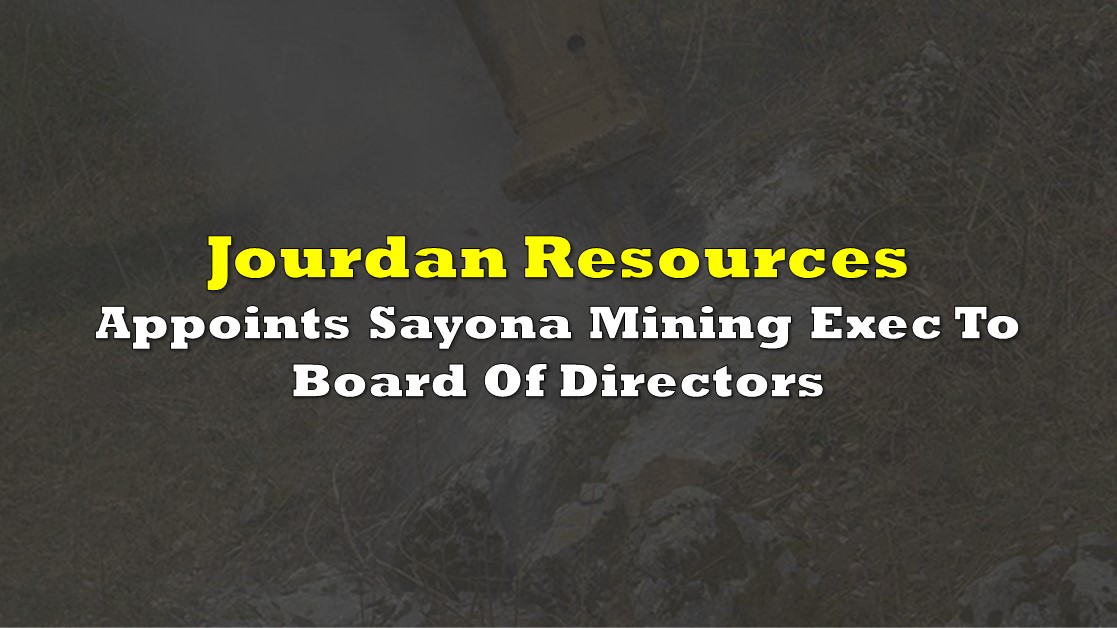 Jourdan Resources (TSXV: JOR) has added a significant name to its board of directors. The company as of this morning has appointed Brett Lynch, CEO and Managing Director of Sayona Mining (ASX: SYA).

While Lynch has an extensive history with leading resource firms such as MIM Holdings and New Hope Corporation, the real significance of the appointment comes from his role with Sayona Mining.

“Sayona is delighted to join forces with Jourdan in expanding our Abitibi lithium hub, with our agreement concerning Jourdan’s Vallée lithium project set to provide a major boost to our North American Lithium operation. I am delighted to join Jourdan’s board to further progress this partnership,” commented Lynch.

Sayona, who recently took a 9.99% stake in Jourdan, operates North American Lithium, which it acquired in mid-2021. The North American Lithium operation consists of 19 claims over 583 hectares, along with a mining lease that covers 700 hectares for its open pit mine. Most significantly however, the asset also has a concentrator, forming the firms Abitibi Hub, and the largest lithium spodumene resource base in North America.

Lithium concentration production at North American Lithium is currently slated to complete its restart in the first quarter of 2023, after having been delayed from Q4 2022.

In terms of Jourdan, the draw for Sayona appears to be its proximity to the North American Lithium Mine, with its Vallee Lithium Property nearly encompassing the mine, with claims appearing to be on-trend with mineralization that is found at the mine.

With the restart of the lithium spodumene concentrator, Sayona will need a sufficient supply of ore to keep the operation going, and it already intends to blend ore from the North American Lithium Mine with ore from the nearby Authier project to enable improvements in plant performance and economics.

“We welcome Brett Lynch to Jourdan’s board and are looking forward to long-term cooperation with him and Sayona. We expect Brett’s experience in and knowledge of the worldwide lithium industry will be of immense value to our company and the Sayona partnership,” commented Jourdan Executive Chairman Dr Andreas Rompel.

Jourdan Resources last traded at $0.085 on the TSX Venture.

Information for this briefing was found via Sedar and the sources mentioned. The author has no securities or affiliations related to this organization. Not a recommendation to buy or sell. Always do additional research and consult a professional before purchasing a security. The author holds no licenses.

The post Jourdan Resources Appoints Sayona Mining Exec To Board Of Directors appeared first on the deep dive.