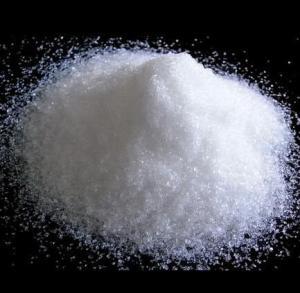 All your ASX lithium news for Wednesday, July 6

Morningstar chief US market strategist Dave Sekera told Reuters that he expects lithium use to reach 2.3mt by 2030.

For context, around 473,000 tonnes of lithium were used last year.

But Sekera also said the ‘true demand’ for lithium is another 1mt on top of that.

“The true demand for lithium, the amount that we think would be used if there was enough supply out there, would actually be about 3.3mt,” he said.

“With the amount of undersupply out there over the decade, we do think lithium will be very profitable until 2030.”

Sekera flagged that 2025 will probably be the peak year where we see the most underproduction but that it should start to level out after that point as more mines come online and ramp up to their full capacity.

The car market is going electric- and electric cars need lithium. @MstarMarkets told me today supply cannot keep up with demand, and mining in the US is likely to go ahead despite lawsuits from environmental groups. https://t.co/Ra9mPqXrG1

Sekera also flagged a couple of companies Morningstar has their eye on, specifically Lithium Americas (NYSE:LAC) who he thinks is undervalued.

“We think that stock could actually triple up to $65 a share,” he said.

“Now I would note it is a very risky situation, the company is still in its start-up phase and it hasn’t yet begun production.

“In addition, there are several environmental groups that have sued the government in order to appeal to company’s project permit.

“Our analyst team has reviewed comparable projects in the US in the past and based on that analysis, we’re pretty sure that the courts will rule in favour of that permit – and that could actually begin as soon as the second half of this year.”

ICYMI, environmental groups are suing the Bureau of Land Management over the company’s plans to mine the Thacker Pass lithium-clay deposit in Nevada.

“That’s actually one of our top picks as we think the company produces lithium from two of the best lithium resources in the world,” he said.

Jindalee has updated its Mineral Resource Estimate (MRE) at the company’s McDermitt Lithium Project in the US.

The company is currently progressing environmental baseline studies ahead of submitting an application for an Exploration Plan of Operation (EPO) in the March quarter 2023.

The discovery of historic diamond core and cuttings from the Paradox lithium project in Utah has sped up the timeline for the JORC resource upgrade for Anson.

The company says it will deliver a significant time and cost saving in upgrading the existing exploration target at Paradox into indicated and inferred resources.

This means a quicker turnaround time for the delivery of the definitive feasibility study (DFS) and the proposed commencement of production at Paradox.

Results of these tests will be used to calculate transitivity, permeability, and resistivity in these wells, which are not included in Anson’s ongoing resource expansion drilling program.

The company says that, a result of this work, the area around these wells may be upgraded from inferred to the indicated JORC resource category.

The company has intersected new lithium pegmatites at its Waratah Well JV project with EV Metals Group in WA.

Shallow slimline RC drilling to test an area covered by soil, has returned pegmatites in 22 out of 47 holes, over an area 2km x 1.5km.

Deeper RC drilling is now planned to test the lithium rich pegmatites at depth and across strike in fresh rock.

The Marble Bar project is considered highly prospective for lithium-caesium-tantalum (LCT) mineralisation – not to mention the Archer Lithium Deposit owned by Global Lithium Resources (ASX: GL1) with a reported maiden Inferred Resource of 10.5Mt @ 1.0% Li2O is just 25km to the north.

Kalamazoo thinks DOM’s Hill is highly prospective for LCT-mineralised pegmatite dykes given the project contains a similar geological setting and host rocks strongly analogous to that of the nearby Pilgangoora and Wodgina pegmatite-hosted lithium deposits.

This gold, copper and lithium explorer flagged encouraging lithium and critical metal assays from Dividend Gully, which hosts the historical bismuth gold and tantalum prospect that sits within the Gilberton project in North Queensland.

“Dividend Gully is within the Mountain Maid Metallogenic Province and is one of a number of unexplored historic tantalum occurrences at Gilberton which will now be tested for lithium and other critical metal mineralisation.”

At Stockhead we tell it like it is. While Anson Resources is a Stockhead advertiser, it did not sponsor this article.

The post Eye on Lithium: By 2030 lithium usage will grow to 2.3Mt but ‘true demand’ is 1Mt more, Morningstar says appeared first on Stockhead.