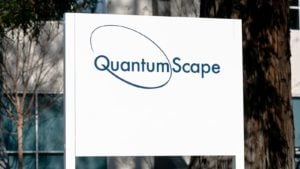 QuantumScape (NASDAQ:QS) stock is sitting in a sort of middle ground in terms of its evolution. It is no longer the controversial special purpose acquisition company (SPAC) electric vehicle battery firm making headlines for all the wrong reasons. The firm seems to have passed that stage. However, they remain years away from commercial production, which is slated for a 2024 – 2025 time frame. It’s a lot like any young asset: full of potential, yet marked by potential pitfalls ahead.

If QuantumScape succeeds it will be because it repeatedly hits technical milestone after milestone, ultimately reaching commercial viability. No one can tell you whether that will occur or not. Investors simply have to make an educated guess and stick with it.

That means we’ll be sifting through lots of news like the recently released third-party battery test results from QuantumScape.

The good news is that QuantumScape seems to have done well based on results from recent third-party testing of its batteries.

“QuantumScape’s single-layer cells were tested by Mobile Power Solutions, an independent battery lab, and met automotive-relevant conditions: over 800 cycles at 25 °C, 1C (one hour) charge/discharge rates, 100% depth of discharge and under 3.4 atmospheres of pressure. We believe that the results from the tests, covering a group of three single-layer cells, are consistent with those initially reported by QuantumScape in its December 2020 Battery Showcase presentation.”

Our job as potential investors is to distill what this really means. The battery that QuantumScape is developing must provide a 300-mile charge over 800 cycles. It was tested to be fully depleted during each of those 800 cycles.

QuantumScape’s battery met those more strenuous performance parameters according to Mobile Power Solutions. The battery retains 80% of its initial energy after 800 cycles, another important performance criteria.

Ostensibly, this all bodes well for QuantumScape. There is little else we can say other than it looks like things are moving along as planned. Technical news seems to be positive. Further, manufacturing and production news also looks promising.

The company is going to take possession of the buildings in January of 2022. They will be used to scale up manufacturing and to house increased research and development and office space for hundreds of new employees. The company has also signed a 10-year lease for the buildings.

So, the signs are generally good for QS stock at present. It seems to have passed the testing of its batteries with flying colors and it is aggressively expanding its production footprint.

Despite that positive news, investors need to step back and understand the bigger picture. The truth is that QuantumScape will continue to burn through piles of cash before commercialization is reached, if it ever is.

That isn’t meant to disparage the firm, but rather to paint a truthful picture. In its recent third-quarter earnings report, the company noted that it anticipates ending 2021 with $1.3 billion of liquidity.

QuantumScape expects to report capital expenditures from $135 million to $165 million to end the year. So, liquidity concerns shouldn’t be on investors’ minds now. QuantumScape is well-funded for a while yet.

What to Do about QS Stock

QS stock is entering a period in which it will become less and less interesting to investors. Valid arguments exist on both sides. It will multiply in value several fold if things go right. Likewise, it could fall to zero. But we won’t know for years to come.

For investors seeking a pure-play EV battery manufacturer, QuantumScape is certainly worth considering. Just remember that it sits in a middle ground where movement will be slow.

Alex Sirois is a freelance contributor to InvestorPlace whose personal stock investing style is focused on long-term, buy-and-hold, wealth-building stock picks. Having worked in several industries from e-commerce to translation to education and utilizing his MBA from George Washington University, he brings a diverse set of skills through which he filters his writing.