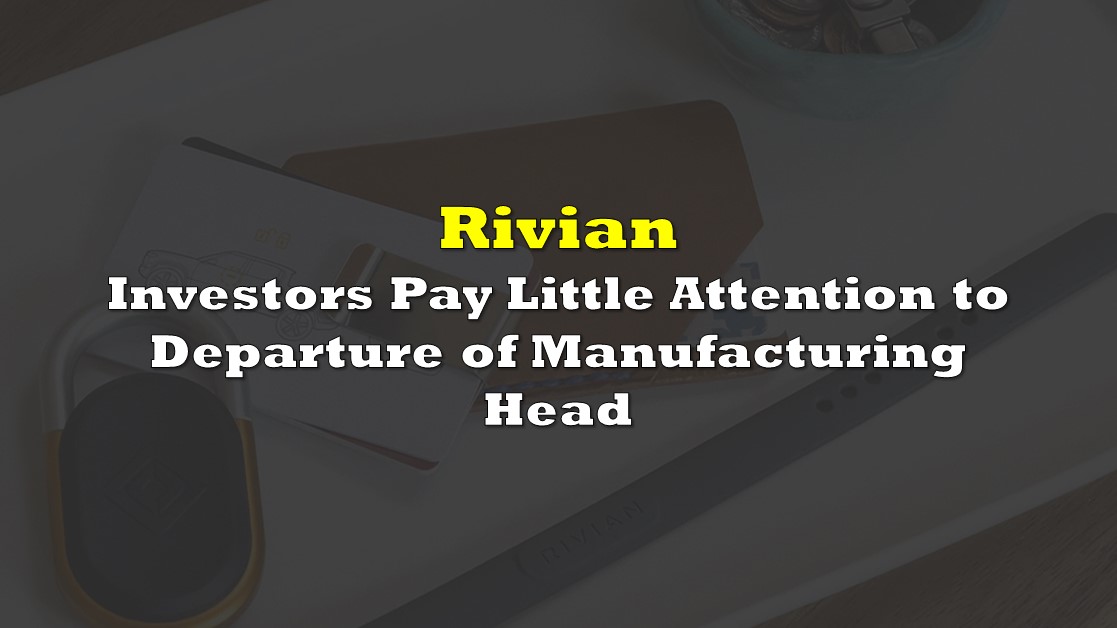 There is an old axiom in the investing world: when the treasurer of a public company resigns, sell. The theory is the treasurer’s departure may be linked to a coming financial shortfall or findings of accounting irregularities.

With this in mind, the recent departure of Charly Mwangi, Rivian Automotive, Inc.’s (NASDAQ: RIVN) EVP of manufacturing engineering, could suggest the high-profile electric vehicle start-up may not be able to reach its 25,000-vehicle production goal in 2022. This manufacturing statistic may be the single most important operating or financial yardstick that investors are monitoring — since investors are willing to tolerate a huge level of cash burn in 2022 as the company gears up production.

Mr. Mwangi, a former Tesla executive, had served in this position since May 2020. He is credited with bringing Rivian’s R1T pickup truck and R1S SUV to production in late 2021.

In mid-March 2022, Rivian announced the hiring of Frank Klein as COO effective June 1, 2022. He replaces Rod Copes in this role. Mr. Copes seems to have been blamed for missing 2021 production goals (1,003 vehicles produced versus 1,200 target).  Perhaps tellingly, in that March 2022 press release discussing Mr. Klein’s hiring, no mention was made that Mr. Mwangi would not stay with Rivian.

An ongoing concern regarding Rivian is that the last production figures which Rivian reported did not inspire complete confidence that it will make its 25,000-unit forecast for 2022. The company said that as of May 9, 2022, it has manufactured about 5,000 vehicles since it commenced production. After factoring in the number of vehicles completed in 2H 2021 and 1Q 2022, this implies around 1,432 vehicles were produced over the first 39 days of 2Q 2022, equivalent to an average weekly rate of just 257 cars. To meet its 25,000 unit goal for this year, Rivian will need to produce nearly 600 vehicles per week from May 10, 2022 through December 31, 2022.

Rivian boasts an extremely strong balance sheet: US$16.4 billion of cash against only $1.6 billion of debt. However, its March 31, 2022 cash balance declined US$1.7 billion from US$18.1 billion as of December 31, 2021. This, combined with its enormous cash burn projections for the remainder of 2022 (US$4.75 billion of negative adjusted EBITDA and US$2.6 billion of capital expenditures), could mean that Rivian will raise additional equity before the end of the year.

Since the stock market set at least a temporary bottom on May 11, Rivian shares have soared, rising about 50% in just over two weeks. Investors may want to consider trimming positions based on the potential implications of Mr. Mwangi’s departure from the company.

From a longer-term perspective, Rivian remains a difficult-to-value stock. Despite the recent rally, the shares are down more than 80% from its November 2021 high, and after factoring in its US$14.8 billion net cash position, Rivian’s enterprise value is still US$12.5 billion. When compared against its projected 2022 adjusted EBITDA of negative US$4.75 billion, the valuation judgment is difficult.

Rivian Automotive, Inc. last traded at US$30.96 on the NASDAQ. 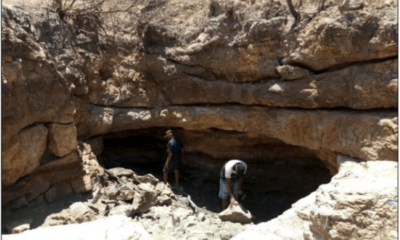