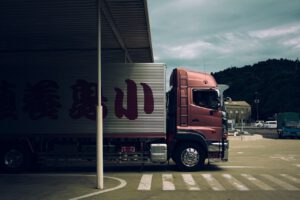 Whiteny Tilson’s email to investors discussing Nikola’s lame response to Hindenburg Research and shares an article from Bloomberg on the company’s history of discrepancies.

The Fake Nikola One Reveal

The company responded this morning with a press release entitled, Nikola Sets the Record Straight on False and Misleading Short Seller Report, which I read with interest.

So does it set the record straight? Well, only if admitting the key elements of Hindenburg’s report qualifies.

The most damning charge in Hindenburg’s report is the following:

We reveal how, in the face of growing skepticism over the functionality of its truck, Nikola staged a video called “Nikola One in Motion” which showed the semi-truck cruising on a road at a high rate of speed. Our investigation of the site and text messages from a former employee reveal that the video was an elaborate ruse – Nikola had the truck towed to the top of a hill on a remote stretch of road and simply filmed it rolling down the hill…

Nikola confirmed that it would be a “functioning” and “fully built truck at event” [but] it was not a real truck and was, in fact, a pusher.

In response, the company says it wasn’t a pusher – but then admits that the truck shown in its “Big Nikola One Reveal” could not “drive on its own propulsion”:

Here are the facts:

As Nikola pivoted to the next generation of trucks, it ultimately decided not to invest additional resources into completing the process to make the Nikola One drive on its own propulsion. After pivoting, Nikola produced prototypes for the Nikola Two, which are self-propelled and have been frequently demonstrated, beginning with demonstration runs at Nikola World in April 2019.

The Nikola One was an incredibly successful proof of concept, and everything the Company learned from that experience has underpinned the successful development of its next generation of trucks that can be seen driven here.

To summarize, as one of my friends e-mailed me:

Basically, Nikola admits that the product was fake. It says that if it had only wanted to, some day, the product wouldn’t have been fake.

But at the time of the statement/demo, it *was* fake. Capisce?

Or, as one person posted on Twitter: “I could have kissed her, dude, I swear. I just didn’t WANT to.”

Another Hindenburg charge is that:

Trevor claims Nikola designs all key components in house, but they appear to simply be buying or licensing them from third-parties. One example: we found that Nikola actually buys inverters from a company called Cascadia. In a video showing off its “in-house” inverters, Nikola concealed the Cascadia label with a piece of masking tape.

In response, Nikola admits this as well:

At no time did Nikola state that the inverter on the prototype truck shown in the video was the Company’s or would be used in production. Nikola has been designing, engineering and working on its own inverters for quite some time. The Company does use third-party parts in prototype vehicles, some of which may be subsequently swapped out for its own parts in production. This is common practice among vehicle manufacturers and Nikola often blocks supplier names from the view of media and competitors. Every program is different as they require different specifications and validation.

Lastly, after each of its 11 bullet points, the company repeats this sentence:

These allegations by the short seller are false and misleading, and designed to manipulate the market to profit from a manufactured decline in Nikola’s stock price.

It’s weird – almost Orwellian – as if repetition will make it true. It reminds me of the famous scene in Star Wars: “These aren’t the droids you’re looking for…”

In summary, Nikola’s response gets a failing grade from me. It doesn’t address many of Hindenburg’s key claims – and what it does respond to, it admits guilt in a number of areas.

2) When evaluating battles like this between companies and short-sellers, investors should generally ignore what Wall Street “analysts” have to say, as they will almost always toe the company line. Investors should, however, closely follow what top journalists come up with.

Good examples are 60 Minutes – I was featured in two segments in December 2008 about the housing crisis, which won an Emmy, and in March 2015 about Lumber Liquidators (LL) – and my friend Herb Greenberg, whom I first discovered when he was writing about the internet bubble for the San Francisco Chronicle in the late 1990s.

On this front, things are looking bad for Nikola, based on this well-done Bloomberg article: Nikola’s History of Discrepancies Has Been in Plain Sight.

The post The Big Nikola One Reveal History Of Discrepancies appeared first on ValueWalk.