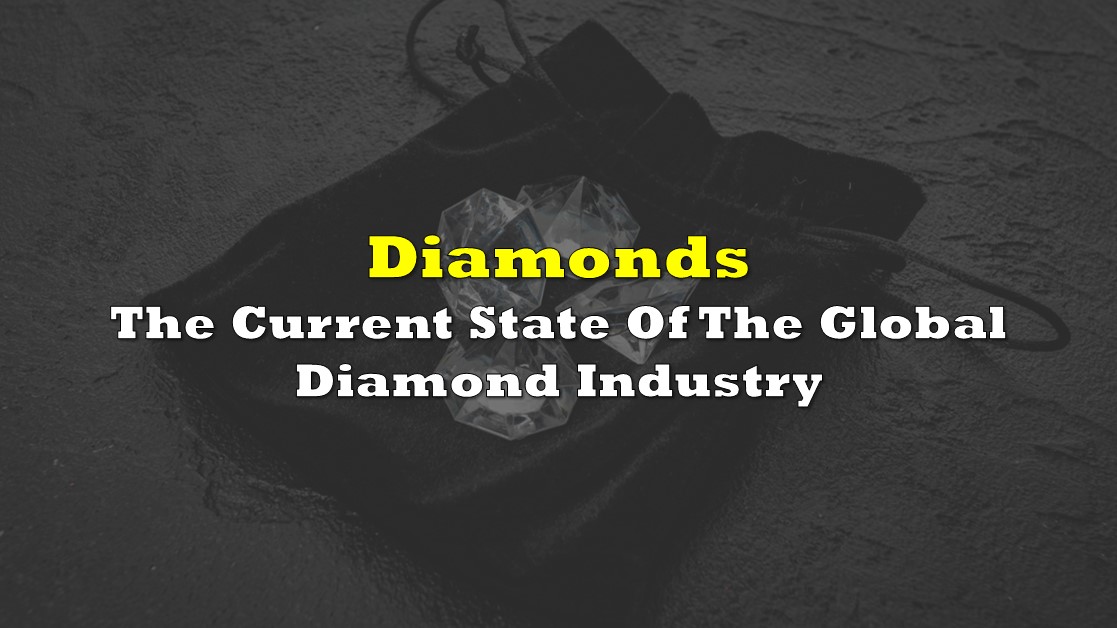 According to a 2021-2022 diamond report by Bain & Co, rough diamond sales rebounded by more than 60% in 2021, with production from Russia, Canada, and Botswana leading the way. There was a 62% increase in mining revenue, cutting and polishing revenue increased by 55%, and retail jewelry revenue jumped by 29%. These three segments rose above pre-pandemic levels by 13%, 16%, and 11%, respectively.

Diamonds are considered to be the hardest mineral, as well as having the highest thermal conductivity of any material. These two qualities make them ideal both for industrial usage in cutting and drilling, and for usage in electronic devices to dissipate heat. 70% of mined rough diamonds are used for industrial purposes. It is the gem-quality cut diamonds that are immensely popular around the world for use as jewelry and these account for roughly 30% of industry output.

Typically, diamonds are initially sorted at the mine, where they are valued to determine royalty payments. They are then sent off to the principal diamond centers in Antwerp, Belgium or London, England for final sorting and sold to buyers of rough diamonds. Other major diamond centers are Tel Aviv, Israel, Mumbai, India, New York, Dubai and Hong Kong. As diamonds proceed from processing through production to end-user retail, their value is enhanced, particularly through polishing and cutting.

Gem-quality diamonds destined for the retail market are priced according to criteria established by sellers – such as weight, colour, size, shape, and jurisdiction of origin. ESG (Environment, Social and Governance) considerations have gained importance in recent years due to concerns about ethical sourcing that had tainted the industry’s image. Buyers now look into child labour practices and the countries of origin, to determine whether the product are conflict or blood diamonds.

This has led the industry to implement import restrictions of rough diamonds from conflict areas, and controls on the illegal diamond trade that funds civil wars. Technology advances are making ESG standards more achievable, and renewable energy technologies are enabling “greener” mining. The use of blockchains and other digital technologies are helping to improve supply chains and they offer both producers and consumers the ability to trace diamonds throughout the value chain.

There are several companies that dominate the diamond market. ALROSA from Russia, De Deers from Luxembourg, and Rio Tinto from Australia collectively account for 60% of global diamond production. According to Statista, total global reserves of industrial diamonds were estimated to be 1.8 billion carats in 2021, with Russia’s natural diamond reserves of approximately 1.1 billion carats being the world’s largest.

De Beers was the dominant player in the diamond industry for many decades and exerted immense influence over supply and pricing. While still extremely powerful, other companies, particularly ALROSA, have carved out their own spheres of influence. Canada is a player, and has been quietly building downstream capacity in polishing, cutting and retail, to service a homegrown diamond industry.`

In recent years, synthetic or lab-grown diamonds have been replacing natural diamonds for use in industrial applications. This is a rapidly expanding segment of the diamond industry, which has also seen a greater use of lab grown diamonds in jewelry, with approximately 2% of the diamond jewelry sold in 2018 lab grown. Advancements in technology, increased efficiencies, and more economically feasible production costs have largely made this feasible.

India is the largest producer of lab grown diamonds, accounting for approximately 25% of the world’s production. Lab grown diamonds have the same chemical composition, physical properties and appearance as natural diamonds – and are thus virtually indistinguishable. Still, they tend to sell for 25% less than their natural counterparts.

How Does Canada Fare?

The Canadian diamond mining industry has grown significantly from its beginnings in 1992, to become the world’s 3rd largest rough diamond producer. In 2019, Canadian diamond production accounted for 13.5% by volume and 12.5% by value of worldwide production, with Canadian diamond exports valued at $2.19 billion. Canadian diamonds are highly sought after due to their high quality, rigid industry environmental standards, and high level of labour productivity under conflict-free conditions. In Canada there are no concerns about “blood diamonds” from conflict zones, or diamonds produced under exploitative labour practices. Too often, this is the case in other diamond producing jurisdictions.

Canadian diamonds often have a Canada-themed image, such as a maple leaf or polar bear, laser-inscribed, along with their certificate number. This certification process enables stones to be tracked throughout the entire mine-to-end-consumer supply chain, ensuring their integrity.

According to geology.com, Russia, Botswana, Canada, Angola, South Africa, Democratic Republic of Congo and Namibia are the world’s leading producers of gem-quality diamonds, with each consistently producing over 1 million carats per year.

The United States accounted for nearly 50% of the world’s demand for polished diamonds at 48% in 2019, followed by China, India and the Arab Gulf States. Global demand for jewelry is expected to climb as the world recovers from the economic disruptions caused by the global Covid-19 pandemic.

Is Russia’s Diamond Industry in Jeopardy?

It will be interesting to see how Russia’s invasion of Ukraine and the subsequent international trade sanctions against them will affect Russia’s diamond industry. Will it cause a spike in diamond prices due to a major supply disruption in the diamond market? Will it affect mining operations in Russia due to difficulties obtaining spare parts for maintenance of equipment, much of it manufactured outside of Russia? Will it cause a disruption in demand for Russia-sourced diamonds among both retail and industrial buyers, not only from sanctions, but also from global outrage over the invasion? If so, how long could this backlash continue?

An Industry Back on Track

The diamond industry appears to be back on track. Mining activity has rebounded. New technologies have enabled improvements in ESG standards and greater emphasis on socially responsible mining practices. Digital tracking solutions enable retailers to follow a diamond from production through to the end consumer, increasing levels of consumer confidence – thus helping to restore the industry’s credibility regarding previous questionable mining practices in conflict regions.

Information for this briefing was found via Sedar, Statista, Trading Economics and the companies mentioned. The author has no securities or affiliations related to the organizations discussed. Not a recommendation to buy or sell. Always do additional research and consult a professional before purchasing a security. The author holds no licenses.

The post The Current State Of The Global Diamond Industry appeared first on the deep dive. 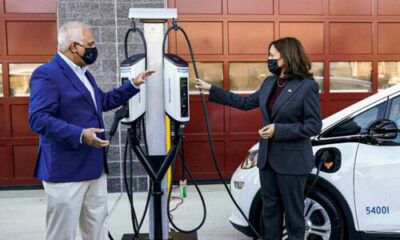