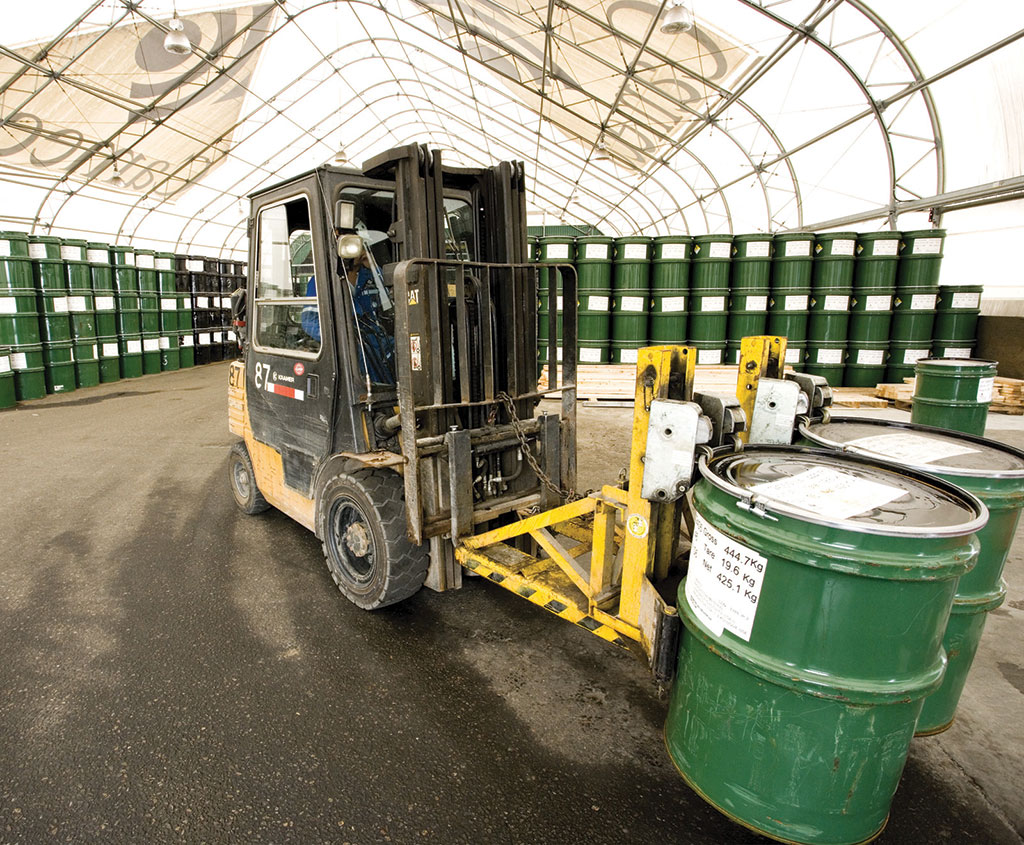 Uranium prices are regaining a healthy glow. For one, there’s a good deal of global demand, with some countries planning to build even more reactors. Two, we have global leaders attempting to cut back on harmful emissions, which could increase dependency on uranium. In fact, according to Jon Bey, President and CEO of Standard Uranium, as quoted by Kitco.com, “We are starting to see countries around the world accepting nuclear energy. Those countries realize if they want to reach a carbon neutral future, nuclear energy has to be part of the equation.” Three, the world is running into a severe supply-demand issue. Even Cameco President and CEO Tim Gitzel has said, “Uranium supply is becoming less certain due to years of persistently low prices,” as quoted by S&P Global Platts. That being said, investors may want to keep an eye on uranium stocks, such as Anfield Energy Inc. (TSXV: AEC) (OTCQB: ANLDF), Uranium Energy Corp. (NYSE: UEC), Energy Fuels Inc. (NYSE: UUUU) (TSX: EFR), NexGen Energy Ltd. (TSX: NXE) (NYSE: NXE), and Ur-Energy Inc. (TSX: URE) (NYSE: URG).

Anfield Energy Inc. announced that it has commissioned Precision Systems Engineering (“PSE”), a Utah-based engineering firm, to complete a reactivation proposal for the Shootaring Canyon Mill. The proposal, expected to be completed in Q2/23 will include a detailed study of the existing facility and uranium circuit, along with a preliminary design of a new vanadium circuit, along with detailed cost estimates related to full reactivation of the Shootaring facility. The proposal will also be provided to the State of Utah as part of Anfield’s work to advance its radioactive materials license from its current standby status to production-ready status. Upon completion, PSE will manage the equipment procurement process on behalf of Anfield through the creation of bidding packages to be provided to qualified vendors.

Corey Dias, Anfield’s CEO commented: “We are very excited to engage PSE to complete the reactivation proposal for Shootaring as this is the final required engineering step prior to the actual physical refurbishment of the mill for the purpose of production restart. PSE brings a wealth of uranium-related mine and mill design experience to the table, and has in-house experience specifically related to Shootaring. PSE will perform a detailed study of the existing facility and provide preliminary designs for options related to both uranium and vanadium production, building upon the substantial existing infrastructure and facilities already in place at site. This work is expected to produce outputs at a level consistent with pre-feasibility standards and accuracy.

Anfield’s hub-and spoke uranium and vanadium production strategy is underpinned by the Shootaring Canyon Mill, and we are looking forward to completing this pre-production phase to move Shootaring towards production restart. Once the updated mill designs – including an engineering design for a vanadium circuit – are completed and inputs fully costed, we will, with the help of PSE, begin the process of engaging parties to complete these upgrades on the ground in furtherance of a near-term production restart at Shootaring.”

Uranium Energy Corp. announced that the Texas Commission on Environmental Quality has approved the Company’s submission for a renewed and expanded radioactive material license for its Hobson Central Processing Plant. UEC’s amended RML from the TCEQ increases the Hobson Processing Plant’s licensed production capacity to 4 million pounds of U3O8 annually. This distinguishes the plant as having the largest licensed capacity in Texas and the second largest in the United States. The Hobson Plant anchors UEC’s hub-and-spoke in-situ recovery production platform in South Texas and will process uranium loaded resin recovered from multiple satellite projects including the Palangana and Burke Hollow ISR projects.

Energy Fuels Inc., a leading U.S. producer of uranium and rare earth elements announced that it has entered into a definitive agreement to sell three wholly-owned subsidiaries that together hold Energy Fuels’ Alta Mesa ISR Project to enCore Energy for total consideration of $120 million. The Transaction is expected to close by the end of 2022 or early 2023. The Transaction is significant for the Company, as the cash received is expected to fully finance much of the Company’s uranium, REE, vanadium and medical isotope business plans for the next two to three years without diluting shareholders. Mark S. Chalmers, President and CEO of Energy Fuels stated: “This is a unique transaction for Energy Fuels. Not only does it allow us to monetize the Alta Mesa Project for $120 million, it allows our company to focus and accelerate our higher priority uranium and rare earth projects without dilution to our shareholders. This non-dilutive transaction will add cash to Energy Fuels’ significant working capital position, which was $122 million at September 30, 2022. Energy Fuels will also retain some exposure to short-term market upside and optionality at Alta Mesa and enCore through the convertible note.

NexGen Energy Ltd. announced the release of its 2021 Sustainability Report. The Report highlights specific programs, initiatives, and organizational frameworks that NexGen has created or expanded upon to deliver as much positivity as possible for as many people as possible. Leigh Curyer, Chief Executive Officer commented: “The principles of NexGen’s approach to sustainability aren’t dependent on the stage of our development – it’s a focus that’s embedded into our daily business decision making across the organization. The Report demonstrates seamless integration of sustainability across all areas of people and project development, execution and operations, and long-term strategic planning. It reflects NexGen’s ‘elite standards’ approach to everything we do and is a great insight into the philosophy of how we’ve conducted our business since inception.”

Ur-Energy Inc. filed the Company’s Form 10-Q for the quarter ended September 30, 2022, with the U.S. Securities and Exchange Commission. John Cash, Ur-Energy CEO, said, “We continue to steadily advance construction and drilling at our Lost Creek Mine in preparation for a ramp up as we seek to layer in additional sales contracts. U.S. and international support for nuclear power continues to strengthen as countries recognize the carbon-free attributes of reliable nuclear power and increasingly desire to be energy independent. Senators Manchin (D-WV) and Barrasso (R-WY) recently introduced language into the draft National Defense Authorization Act that will provide meaningful long-term support for the development of our nation’s ability to produce Low Enriched Uranium and High Assay Low Enriched Uranium from U.S. produced uranium. The bill will be voted on before the end of this year. We stand ready to supply uranium into off-take contracts with utilities and other purchasers, and to the U.S. government, from our operating Lost Creek Mine. Additionally, we will be able to deliver into sales from our permitted Shirley Basin Mine within 18 months of a ‘go’ decision to construct.”

Legal Disclaimer / Except for the historical information presented herein, matters discussed in this article contains forward-looking statements that are subject to certain risks and uncertainties that could cause actual results to differ materially from any future results, performance or achievements expressed or implied by such statements. Winning Media is not registered with any financial or securities regulatory authority and does not provide nor claims to provide investment advice or recommendations to readers of this release. For making specific investment decisions, readers should seek their own advice. Anfield Energy Inc. paid three thousand five hundred dollars for advertising and marketing services to be distributed by Winning Media. Winning Media is only compensated for its services in the form of cash-based compensation. Winning Media owns ZERO shares of Anfield Energy Inc. Please click here for disclaimer.