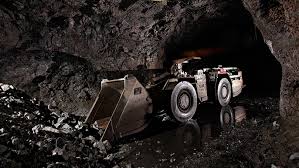 Garibaldi Resources Corp. [GGI-TSXV, GGIFF-OTC] said Wednesday it has raised $2.65 million from the sale of 8.8 million flow-through units priced at 30 cents each, with proceeds earmarked for exploration at the company’s base metal projects under a new Federal Government initiative announced in the most recent budget.

Each unit consists of one flow-through common share and one half of one common share purchase warrant. Each whole warrant is exercisable at 45 cents per share for a period of three years.

On Wednesday, the company said the first tranche of units includes 800,000 non-flow-through units priced at 25 cents per unit, generating aggregate proceeds of $200,000.

The company said follow-up drilling will test for mineralization associated with broad ZTEM low-resistivity anomalies identified by a property-wide Geotech ZTEM survey on the company’s Nickel Mountain property in northwestern British Columbia. The 180-square kilometre claim group is centred in the heart of the Eskay District within the Golden Triangle of Northwestern, B.C.

Nickel Mountain contains the E&L project, which ranks as the first magmatic nickel-copper-rich massive sulphide system to be discovered in B.C.’s Golden Triangle region which is known historically for its endowment of gold and silver.

So far, a number of distinct massive sulfide zones have been intercepted close to the contact of the E&L Intrusion, including the Lower and Upper Discovery Zones, Northwest Zone, Northeast Zone and Crevasse Zone.

The drill hole targeted the down plunge extension of the eastern zone of the E&L Intrusion, coincident with a large-scale low resistivity/elevated conductivity ZTEM anomaly identified last season by Geotech’s deep-penetrating survey.