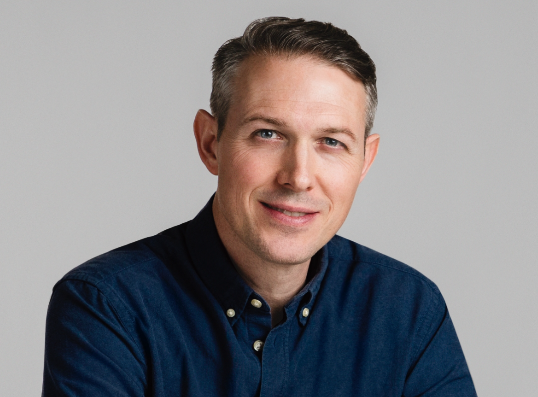 To learn more about this milestone and to delve into the growing wave energy sector, Pamela Largue spoke to Patrik Möller, Co-founder & CEO of CorPower Ocean, who suggested that wave energy is about to enter a decade of substantial growth, providing the continuous generation profile needed to stabilise a grid increasingly powered by renewables.

How has the sector responded to the launch of C4 and the CorPacks?

Over the past six months to a year we have seen an increase in interest in this technology. We have followed a structured development approach which increases product credibility and people are excited to see a wave energy project that is actually going to turn into an industrial product used in a commercial setting.
Also, the industry has reacted positively because of the push to go fully renewable and the simultaneous challenge of mitigating intermittency of renewables.

We need to ensure that clean electricity is always available. So when the wind doesn’t blow or the sun doesn’t shine, wave energy provides a unique and stable power production profile and there aren’t that many renewables solutions that can deliver a flat, continuous profile.

Wave energy works well in combination with other technologies such as floating wind, and this is where many customers are showing interest.

Is the energy sector ready to embrace wave energy?

Yes. The demand for wave energy is here.

We now have the understanding and first-hand experience of what happens when you get to high penetration of one intermittent energy source, and we are now looking for an alternative.

With the happenings in Russia and Ukraine, there is a push to do something now to ensure energy security.
Wave energy will be a sector that drives this momentum. Not only because of the need for a balanced electricity system, but also because the sector has demonstrated technology that actually works.

The industry is no longer struggling with underperformance of products, where the equipment is broken in storms or is too large, heavy and costly to create a viable business case. These developments, that previously lagged, are now attracting interest.

How can the sector advance wave energy?

In order to encourage the development of wave energy projects, we need more products to become competitive and reliable and we need more companies in the sector producing generation technology that is high performance and lower cost.

At a European level, there are many research programmes in place with several countries offering support for wave energy research and development.

On a company level, once the R&D phase is complete, it’s important for developers to balance investment between R&D and commercialisation. Coupled with this we need policy support to enlarge those early stage or pre commercial projects to ensure they become investable.

Besides revenue support and grants, we also need a certain level of public support to make the first commercial farms investable for project owners and investors.

Public support for wave energy is common, From an aesthetic perspective wave energy technology offers strong benefits in comparison to wind energy. This is especially relevant for locals who don’t want their view to be obstructed. Everyone wants wind farms, but not where they live. Wave energy has little visual impact, even if you build them close to the shore. They also don’t disturb local fishermen or shipping routes.

Permitting is another key factor that needs to be addressed. We need to ensure more efficient processes in general. If an investor asks me what is slowing rollout speed, the answer is that there’s a block in the development of projects and getting them permitted.

We need about 600MW of wave energy deployed in the market to compete with wind and solar. To get there, for now, we must continue with R&D, gain public support and we must ensure financial support for the pre commercial projects.

Is wave energy on a path to be cost competitive with solar and wind by 2030?

This is a reasonable projection. We are now seeing that we can increase the volumes that allow us to be competitive with wind and solar by the end of the decade.

Solar and wind, on the other hand, is calculated on the average value or the average revenue from production, which is potentially challenging in a volatile market prone to price and generation spikes. In these volatile markets, it’s the stabilising profile of wave energy that adds value.

How are you tracking with the HiWave-5 project and the C5 development?

After a long dry testing phase performed in Sweden, we are now ready to ship the wave converter to Aguçadoura, Portugal.

We have laid the cables and installed the anchor, prepping the site for device deployment in late summer or early fall.

We are working with a number of customers and stakeholder on this demonstration, including Simply Blue Group, ENEL Green Power and Portuguese utility EDP. There are also many private stakeholders that will access the results to validate their own larger scale wave farm business case.

In our HiWave-5 project, we will add another 3 ‘next-generation’ devices, called the C5, by 2024 based on our learnings from the C4 installation. This will allow us to prove out the wave farm concept and take us to a bankable product, ready to ship commercial machines from 2025 onwards.

Ultimately, we are becoming an OEM (Original Equipment Supplier), supplying devices, installations and engineering services. We plan to keep the technology in the water long enough to get third-party type-certification and ensure a solid product offering.

We are already seeing pioneering customers placing orders for demonstration-like or pre commercial farms, with the first order announcement expected in the next two years. Then we will focus on ramping up the production and installation of wave energy as a commercial solution.

Are you expanding into other regions besides Portugal?

Yes, we have had many interesting discussions on the US West Coast, for example in California, Oregon and Washington State.

California shows great potential. We have worked with several partners on the academic side and with the California Energy Commission to get wave energy into the state energy plans and to meet the State’s Renewable Portfolio Standards.

What does this achievement mean to you and the team?

This is a huge milestone for us to show the world what we’ve been working on for so long. We now have an actual product in commercial scale that will be deployed in the water this summer/ fall.

The technology is inspired by the pumping principle of the human heart and is based on 40 years of hydrodynamic research.

It’s been a decade since we started tank testing the small prototypes. We tried a lot of things and some things failed, but we have learnt from the mistakes and historic challenges faced by the wave energy sector as a whole.

Step by step, taking a structured approach, we proved the physics, performance and survivability of the technology. By starting small, we kept prototypes, teams and costs to a minimum, gradually increasing in size. For us, this is huge, with the C4 and CorPacks we are aiming to lead the way and power the planet with clean electricity from ocean waves, for generations to come.

The post Wave energy could be the key to a stable green grid of the future appeared first on Power Engineering International. 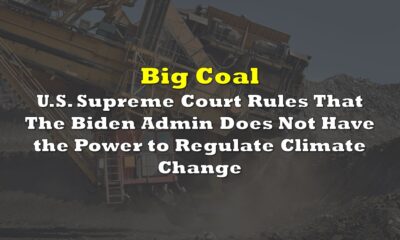