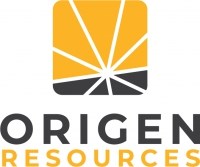 Exploration continues on the Company’s twenty greenfield lithium prospects in Newfoundland. Exploration crews collected and submitted for analysis, a total of 225 rock, 316 till and 568 biogeochemical samples in recently completed phases of fieldwork. The Company eagerly awaits the results from the spring 2022 program as analytical results from the autumn 2021 phase of exploration proved Origen’s exploration concept by confirming existing lithium anomalies and generating new targets.

Satellite image processing was used to optimize fieldwork and outlined numerous potential pegmatite outcrops. These locations were investigated by field crews and samples are being analyzed for lithium and associated pathfinder elements. Pegmatites identified at these locations are centimeters to metres in width and in some cases were traced for up to 100 meters along strike before the pegmatites were lost under cover.

The recently completed work on numerous pegmatite clusters confirmed many have beryl associated with them, which is an important mineral known to form part of district scale LCT (lithium-caesium-tantalum) pegmatites. In addition, internal zoning within larger pegmatite dykes was observed and when combined with geochemical results and mineralogy will enable targeting for our next phase of exploration to vector in on the heart of lithium rich, spodumene bearing pegmatites. The next phase of work is planned for later this year and will move the project towards drill testing.

“In one year the concept of discovering lithium in Newfoundland has gone from an idea to reality. We are very excited and encouraged with our initial results and work done by others exploring for lithium in the province. Being one of the first companies to identify the lithium potential in Newfoundland has allowed us to acquire an enviable land package covering some of the most prospective geology in the province,” states Blake Morgan, President.

John Harrop, P.Geo., a Qualified Person as that term is defined in NI 43-101 has prepared, supervised the preparation or approved the scientific and technical disclosure in the news release.

The Newfoundland Lithium Belt exhibits all the characteristics of a major lithium rich corridor observed from Ireland to the Carolinas. There are key indicative signs that point to specific target areas with high expectations for the discovery of lithium rich pegmatites. Numerous occurrences of pegmatites have been observed in proximity to prospective lithium-cesium-tantalum (“LCT”) geochemical signatures. Mapping of the geochemical pathfinders for lithium has revealed distinct vectors that have guided the Company to focus in on priority areas and acquire a commanding land position in this new belt.

These geochemical pathfinders, on a regional scale, reveal a distinct corridor that transects Newfoundland and corresponds to the tectonic suture zone hosting the world-class Carolina Tin-Spodumene Belt and the lithium pegmatite occurrences in Ireland that have received significant attention in recent years. In addition, the age of the associated parent granites observed in Newfoundland coincides with the ‘sweet spot’ when lithium rich pegmatites were emplaced along the belt.

To view the source version of this press release, please visit https://www.newsfilecorp.com/release/126049 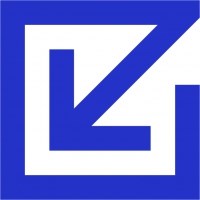