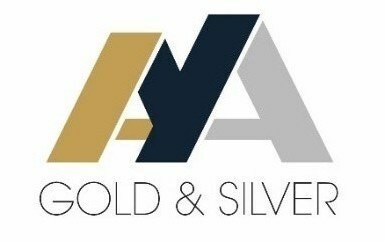 Aya intends to use the net proceeds of the Offering to advance its business objectives including for the funding of the Zgounder expansion project, the advancement of its exploration program namely at Boumadine and Zgounder,  and for working capital and general corporate purposes.

The Offering was completed by way of a prospectus supplement (the ” Supplement “) to the short form base shelf prospectus of the Corporation dated January 12, 2023 (the “Base Prospectus”), which Supplement was filed on January 19, 2023. The Base Prospectus and the Supplement can be found on SEDAR at www.sedar.com and contain important detailed information about the Offering.

The only TSX-listed pure silver mining company, Aya operates the high-grade Zgounder Silver Mine and is exploring its properties along the prospective South-Atlas Fault, several of which have hosted past-producing mines and historical resources. Aya’s Moroccan mining assets are complemented by its Tijirit Gold Project in Mauritania, which is being advanced to feasibility.

Aya’s management team has been focused on maximizing shareholder value by anchoring sustainability at the heart of its operations, governance, and financial growth plans.

Forward-Looking Statements
This press release contains certain statements that constitute forward-looking information within the meaning of applicable securities laws (“forward-looking statements”), which reflects management’s expectations regarding Aya’s future growth and business prospects (including the timing and development of new deposits and the success of exploration activities) and other opportunities. Wherever possible, words such as “plans”, “expects”, “objective”, “significant”, “deliver”, “plan”, “scheduled”, “believe”, “intend”, “ability to” and similar expressions or statements that certain actions, events or results “may”, “could”, “would”, “might”, “will”, or are “likely” to be taken, occur or be achieved, have been used to identify such forward-looking information. Specific forward-looking statements in this press release include, but are not limited to, statements and information with respect to the exploration and development potential of Zgounder and the conversion of Inferred Mineral Resources into Measured and Indicated Mineral Resources, future opportunities for enhancing development at Zgounder, and timing for the release of the Corporation’s disclosure in connection with the foregoing. Although the forward-looking information contained in this press release reflect management’s current beliefs based upon information currently available to management and based upon what management believes to be reasonable assumptions, Aya cannot be certain that actual results will be consistent with such forward-looking information. Such forward-looking statements are based upon assumptions, opinions and analysis made by management in light of its experience, current conditions, and its expectations of future developments that management believe to be reasonable and relevant but that may prove to be incorrect. These assumptions include, among other things, the closing and timing of financing, the ability to obtain any requisite governmental approvals, the presence of artisanal miners, obtaining regulatory permits for on site work, importing goods and machinery and employment permits, the accuracy of Mineral Reserve and Mineral Resource Estimates (including, but not limited to, ore tonnage and ore grade estimates), the price of silver, the price of gold, exchange rates, fuel and energy costs, future economic conditions, anticipated future estimates of free cash flow, and courses of action. Aya cautions you not to place undue reliance upon any such forward-looking statements.

The risks and uncertainties that may affect forward-looking statements include, among others: the inherent risks involved in exploration and development of mineral properties, including government approvals and permitting, changes in economic conditions, changes in the worldwide price of silver gold and other key inputs, changes in mine plans (including, but not limited to, throughput and recoveries being affected by metallurgical characteristics) and other factors, such as project execution delays, many of which are beyond the control of Aya, as well as other risks and uncertainties which are more fully described in Aya’s 2021 Annual Information Form dated June 16, 2022, and in other filings of Aya with securities and regulatory authorities which are available on SEDAR at www.sedar.com. Aya does not undertake any obligation to update forward-looking statements should assumptions related to these plans, estimates, projections, beliefs, and opinions change. Nothing in this document should be construed as either an offer to sell or a solicitation to buy or sell Aya securities. All references to Aya include its subsidiaries unless the context requires otherwise.