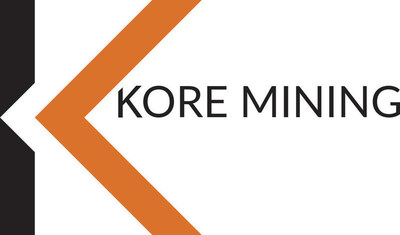 Improving the Lives of Local Stakeholders – Mining with a Difference

VANCOUVER, BC, April 5, 2022 /PRNewswire/ – KORE Mining Ltd. (TSXV: KORE) (OTCQX: KOREF) (“KORE” or the “Company“) is pleased to announce its mission to generate a net positive environmental impact from the Imperial Gold Project (“Imperial“), is attracting strong support from a wide range Imperial of stakeholders.   This follows on months after launching the ACES initiative – A Clean Environment for the Salton Sea (“ACES“) on November 17, 2021.  ACES is just one of the many positive benefits that KORE’s Imperial Gold Project can bring to stakeholders.

Brawley City Council Member Ramon Castro commented, “The Salton Sea has been an environmental challenge to Imperial Valley and California for decades. Imperial Gold is presenting ACES as one potential solution to the issues with the Salton Sea, and I value their partnership and commitment to this community.”

Imperial’s mission is to generate a net positive environmental impact.  This mission has attracted strong support from a broad base of stakeholders whose families and communities are impacted and from those who want to set a new standard for mining in the region.

Scott Trebilcock, KORE CEO commented, “We are thrilled with the vocal and written support by local stakeholders that is building behind the Imperial project.  Our ground-breaking environmental standards and our ACES initiative support our mission for a net positive environmental and social impact.”

Imperial will create hundreds of skilled jobs and bring more than $1B in investment into Imperial County.

KORE continues to work with the Bureau of Land Management (“BLM“) to advance permitting of technical programs and mine development activities at Imperial.  Please send your feedback and messages of support to [email protected].

The Salton Sea, located in Imperial and Riverside Counties in Southern California, was created by an accidental inflow of water from the Colorado River in 1905.  Since that time, it has been contaminated with industrial and agricultural pollution.  The Salton Sea is now evaporating, leaving contaminated beaches and diminished wildlife habitat in its wake.  Dry desert winds blow these contaminated beach materials into surrounding communities, creating poor air quality resulting in respiratory disease and other health issues that Imperial Valley communities have been struggling with for decades.

In addition to gold, Imperial will produce an estimated 90 million tons of clean surplus material that was placed in the Imperial Valley by the Colorado River over the past 10 million years.  ACES has the potential to remediate a significant portion of the southern Salton Sea over the next 20 years by using the clean material as a cover for toxic beaches, and thereby improving air.  The materials could also support other projects to restore wildlife habitat for migratory birds and recreational areas for local communities, amongst others.

Click HERE to watch a 3 minute video to learn more about the Salton Sea and KORE’s proposed solution.

KORE is working closely with local communities and agencies to determine the best and most efficient path forward for the ACES initiative and will continue to provide updates as the project advances.

In addition to ACES, the development of the Imperial is anticipated to have numerous other benefits for Imperial County, which has high unemployment rates and is the lowest income county in California.  The Company anticipates the following benefits of developing the Imperial:

California has some of the most stringent environmental laws in North America.  KORE will be complying with these laws and will aim to exceed the legal requirements in our efforts both during mining operations and as part of the reclamation process.   KORE’s anticipated plan will include the following:

The Company announces that Anil Jiwani, CPA, CA will assume the CFO role effective May 1, 2022.   The Board would like to thank out-going CFO Jessica Van Den Akker for her dedicated service over the last three years.

KORE owns 100% of the Mesquite-Imperial-Picacho District which consists approximately 31,000 acres of claims capturing the entire 28-kilometer trend from the operating Mesquite mine (Equinox Gold – TSX:EQX) to the closed Picacho mine and including KORE’s Imperial project.  In the District, gold is hosted in local fault structures related to a series of regional faults connecting the known District deposits.  Those three District deposits (Mesquite, Imperial and Picacho) were discovered in exposed outcrops and from placer workings.  The rest of the District is covered by alluvium and has never been systematically explored.

The Mesquite-Imperial-Picacho District centers on KORE’s Imperial project.  Imperial is a structurally controlled intermediate sulfidation epithermal gold deposit. The 100% oxide gold deposit is currently defined at 2.44 kilometer long and up to 0.75 kilometer wide and is open both along strike and downdip. It is hosted in a shallowly southwest dipping, amphibolite grade metamorphic rock suite along a west-northwest trending low-angle regional thrust fault system which controls the regional geometry of mineralization. East-west striking, post-mineralization normal faults control the property scale geometry of mineralization. Geophysical characterization of the deposit and regional controlling structures is an essential component of exploration for additional resources.

The Company’s NI 43-101 compliant resource and preliminary economic assessment is titled “Preliminary Economic Assessment – Technical Report Imperial Gold Project” effective as of April 6, 2020 and revised and amended on June 10, 2021, prepared by Terre Lane and Todd Harvey of Global Resource Engineering and Glen Cole of SRK Consulting (Canada) Inc. can be found under the Company’s profile on SEDAR (www.sedar.com) and on the Company’s website.

KORE Mining is focused on responsibly creating value from its portfolio of gold assets in California, USA. The Company is advancing the Imperial project towards development while continuing to explore across both district-scale gold assets.  Management and Board, along with strategic investor, Eric Sprott (26% owner), are aligned with all KORE shareholders with the goal of creating per share value.

On behalf of KORE Mining Ltd

Forward‐looking statements in this news release include, but are not limited to, statements with respect to: the strategy, timing and implementation of  permit regional exploration drilling in the 28-kilometer Mesquite-Imperial-Picacho District (“Regional Exploration Drilling“) and permit drilling to advance the existing Imperial gold deposit (“Imperial Zone“) toward feasibility and mine permitting at the Imperial project; the timing of submitting Environmental Assessment report(s) for one or more areas of the Imperial project; potential actions, behavior or position of the Bureau of Land Management (the “BLM“); the underexplored and prospective nature of the Imperial Regional Exploration Drilling area; the results of the preliminary economic assessments for the Imperial Project, including future project opportunities, the projected NPV, permit timelines, the current mineral resource estimate, and the ability to obtain the requisite permits; the market and future price of and demand for gold; the opportunities of expansion at the Imperial Project; and the ability to work cooperatively with stakeholders, including all levels of government. Such forward‐looking statements, and any assumptions upon which they are based, are made in good faith and reflect our current judgment regarding the direction of our business. In connection with the forward‐looking information contained in this presentation, the Company has made numerous assumptions, including, among others: there being no significant change to current geotechnical, metallurgical, hydrological and other physical conditions at the Imperial Project; exploration, permitting, and development of the Imperial Project being consistent with current expectations and planning; the geological, permitting and economic advice that the Company has received is reliable and is based upon practices and methodologies which are consistent with industry standards; and other planning assumptions. While the Company considers these assumptions to be reasonable, these assumptions are inherently subject to significant uncertainties and contingencies.

Forward looking information involves known and unknown risks, uncertainties and other factors which may cause the actual results, performance or achievements of the Company to be materially different from any future results, performance or achievements expressed or implied by the forward‐looking information. Known risk factors include, among others: the outcome of BLM’s review processes for permitting, including the final outcome(s) of BLM’s mineral claim validity examination(s) and administrative review process(es) with respect to the Imperial Zone, including a change to the findings from the mineral claim validity examination conducted in 2002 for the mill sites at the Imperial Zone, resulting in the Company having to move its future Imperial Zone project support facilities to areas that are not within the Indian Pass mineral withdrawal area; the possibility that BLM may require and/or conduct further mineral claim validity examinations with respect to the Imperial project, and the outcome and final determination of such examination could, among other things, invalidate one or more mining claims; the possibility that BLM or other governmental authority review of the Regional Exploration Drilling program, delays or changes the Company’s plan for Regional Exploration Drilling permitting, which could result, among other things, in delays, additional project requirements, additional costs and uncertainty of meeting anticipated program milestones; the exploration drill program may not be completed as planned; the need to obtain additional financing; uncertainty as to the availability and terms of future financing; the possibility of delay in exploration or development programs and uncertainty of meeting anticipated program milestones; uncertainty as to timely availability of permits and other government approvals.