VANCOUVER, British Columbia, Aug. 05, 2022 (GLOBE NEWSWIRE) — Imperial Metals Corporation (the “Company”) (TSX:III) announces its intention to secure additional financing for the restart of the Mount Polley Mine by way of a non-brokered private placement of $45 million aggregate principal amount of convertible debentures (the “Convertible Debentures”).

The Mount Polley mine is currently operating at targeted production rates. However, the restart took longer than planned due to difficulties in hiring operating personnel, supply chain challenges and unanticipated electrical and mechanical work. This, together with lower copper prices, caused a shortfall in revenues compared to budget. In addition, the rights offering was not fully subscribed resulting in a shortfall in budgeted equity financing. Due to these reasons, the Company now seeks additional funding by way of a Convertible Debenture financing.

The Convertible Debentures will have a 5 year term ending August 31, 2027. Each $3.20 of the principal amount will be convertible into one common share of the Company. The Convertible Debentures are not callable unless the closing price of Company’s common shares exceeds 140% of the conversion price for at least 30 consecutive days. Interest at 8% per annum will be payable semi-annually in cash with the first payment due on February 28, 2023.

This news release does not constitute an offer to sell or the solicitation of an offer to buy, nor shall there be any sale of the Convertible Debentures, in any jurisdiction in which such offer, solicitation or sale would be unlawful prior to registration or qualification under the securities laws of such jurisdiction.

Certain information contained in this news release are not statements of historical fact and are “forward-looking” statements. Forward-looking statements relate to future events or future performance and reflect Company management’s expectations or beliefs regarding future events and include, but are not limited to, statements regarding the Company’s expectations with respect to the mine restart plans at Mount Polley including maintenance issues and costs; the budgeted subscription of the recent rights offering; and the issuance of the Convertible Debentures including with respect to the anticipated terms, interest payable and expected purchasers. 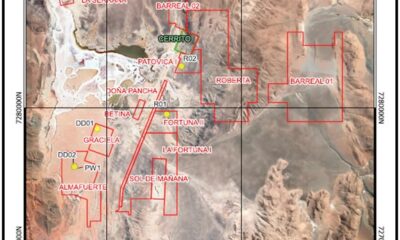 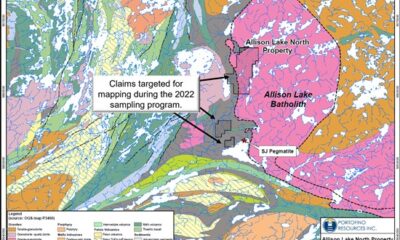