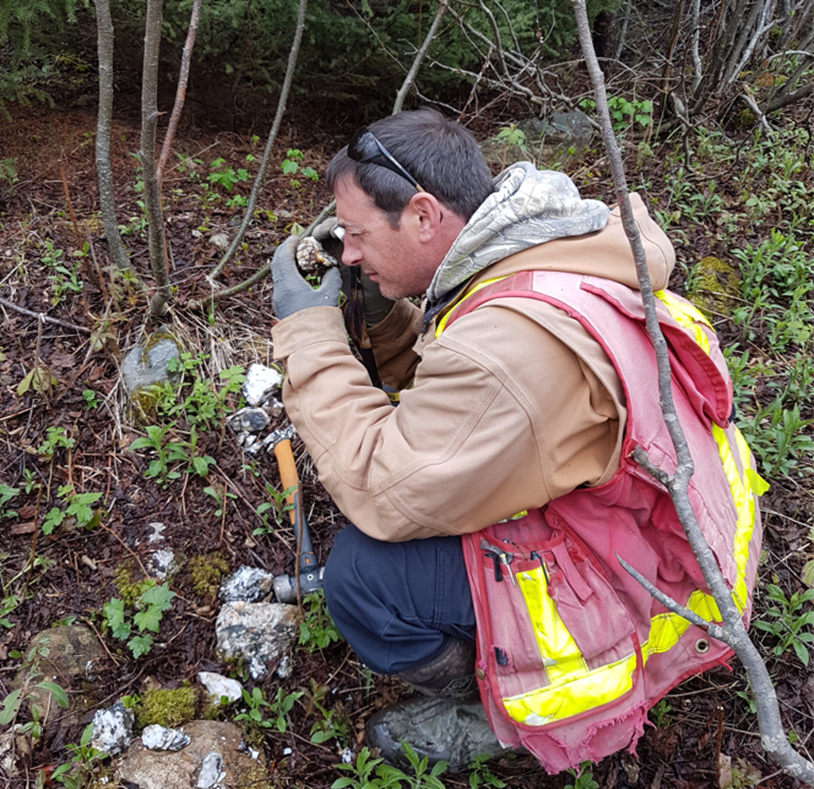 VANCOUVER, BC / ACCESSWIRE / June 7, 2022 / GREAT ATLANTIC RESOURCES CORP. (TSXV:GR) (the “Company” or “Great Atlantic”) is pleased to announce it has begun the 2022 prospecting and rock geochemical sampling program at its Golden Promise Gold Property, located in the central Newfoundland gold belt. Work is underway in the central and southern regions of the property to identify trenching and drilling targets.

The Golden Promise Property hosts gold bearing quartz veins in various regions of the property including the Jaclyn Zone, Shawn’s Shot vein, Otter Brook showing, Linda / Snow White quartz vein system and the Gabbro occurrence. Great Atlantic confirmed high-grade gold at the Jaclyn Main Zone during 2019 and 2021 drilling, including core length intercepts of 238 grams / tonne (g/t) over 0.40 meters, 113.07 g/t gold over 0.55 meters, 56.8 g/t gold over 0.75 meters and 61.35 g/t gold over 2.04 meters. The Company confirmed gold mineralization at the Otter Brook showing during 2020 including an outcrop grab sample returning 5.75 g/t gold and intersected gold during its 2021 maiden drilling program at this showing including 4.95 g/t gold over 0.50 meters. Great Atlantic confirmed high grade quartz vein float at the Jaclyn North Zone during 2017 and 2020 prospecting and rock sampling (including samples returning 157.5, 163.9, 208.5 and 332.6 g/t gold) and intersected high-grade gold at this zone during 2021 drilling (30.6 g/t gold over 0.41 meters core length).

The Golden Promise Property is located within a region of recent significant gold discoveries. The property is located within the Exploits Subzone of the Newfoundland Dunnage Zone. Within the Exploits Subzone, the property lies along the north-northwestern fringe of the Victoria Lake Supergroup (VLSG), a volcano-sedimentary terrane. The northwestern margin of the Golden Promise Property occurs proximal to, and, in part, contiguous with a major (Appalachian-scale) collisional boundary, and suture zone, known as the RIL. The RIL forms the western boundary of the Exploits Subzone. Recent significant gold discoveries within the Exploits Subzone include those of Marathon Gold Corp. (TSX.MOZ) at the Valentine Gold Project, Sokoman Minerals Corp. (TSXV.SIC) at the Moosehead Gold Project and New Found Gold Corp. (TSXV.NFG) at the Queensway Project. Readers are warned that mineralization at the Valentine Gold Project, Moosehead Gold Project, and Queensway Project is not necessarily indicative of mineralization on the Golden Promise Property.

David Martin, P.Geo. (New Brunswick and Newfoundland and Labrador), a Qualified Person as defined by NI 43-101 and VP Exploration for Great Atlantic, is responsible for the technical information contained in this News Release.

On Behalf of the board of directors
“Christopher R Anderson“

About Great Atlantic Resources Corp.: Great Atlantic Resources Corp. is a Canadian exploration company focused on the discovery and development of mineral assets in the resource-rich and sovereign risk-free realm of Atlantic Canada, one of the number one mining regions of the world. Great Atlantic is currently surging forward building the company utilizing a Project Generation model, with a special focus on the most critical elements on the planet that are prominent in Atlantic Canada, Gold, Copper, Zinc, Nickel, Cobalt, Antimony and Tungsten.