TORONTO, July 20, 2022 (GLOBE NEWSWIRE) — Emerita Resources Corp. (TSX – V: EMO; OTC: EMOTF) (the “Company” or “Emerita”) announces that results for the high-resolution, airborne geophysical survey on its 100% owned Nuevo Tintillo (“NT” or the “Project”) property have been received and analysed.

According to Joaquin Merino. P.Geo., President of Emerita, “Based on the data interpretation at least 15 targets associated with coincident magnetic anomalies and EM conductors favourable for polymetallic minerals exploration were identified within the Nuevo Tintillo property. Among these targets, there are three highly prospective targets coincident with historical workings on the western side of the property that are prioritized for immediate follow up. An experienced Senior Geologist and team have been tasked to do the field verification of the anomalies in advance of designing a drill program.”

The Nuevo Tintillo property, located in Seville province, covers approximately 25 km of important stratigraphy in the western part of the Iberian Pyrite Belt (IPB) (Figure 1) surrounded by some of the most productive deposits in the history of this mining camp. The giant Rio Tinto mine occurs along strike to the northwest as does the Aguas Tenidas mine and the Aznalcollar Project and the Cobre Las Cruces Mine of First Quantum occur to the southeast of the Nuevo Tintillo property. There are seven known mineral occurrences and small past producers within the NT Project area, and the area has not been explored systematically in decades. The airborne geophysical surveys constitute the first mineral exploration activity in the area since the late 1980s.

The known mineralization on the NT property is hosted by a volcanic-sedimentary formation which in the area is about 300 m thick and spatially related to a WNW-ESE oriented regional thrust fault. The deposit type is interpreted as a classical IPB volcanogenic massive sulphide (VMS) ( Figure 1 shows the local geology and the limits of the Nuevo Tintillo property).   The mineralization in the Iberian Pyrite Belt, is composed of variable quantities of sphalerite, galena and chalcopyrite, commonly with associated silver and gold, in a pyritic gangue.

SURVEY DESCRIPTION
The helicopter-borne Time Domain Electromagnetic System (HTDEM) and Aeromagnetic Geophysical Survey was carried out by New Resolution Geophysics Ltd. (NRG), a specialized, independent geophysical contractor based in Madrid (Spain). The airborne survey was flown over the 227-claim unit block of Nuevo Tintillo project in March 2022, using an AS350B Turbine helicopter (Figure 2. AS350B Turbine helicopter flying over the property). The helicopter survey flying height was approximately 60-70 m above the ground, so that the receiver and transmitter were 30-40 m above the ground. The penetration capability of the survey is about 500m depth. The electromagnetic system employed was a Xcite TM with a sensor configuration coincident Tx-Rx with a Fully Inflatable frame structure. The magnetic survey was completed using a NRG RDAC II Magnetometer with a recording rate of 20Hz (See Table 1 below for details).

A total of 897-line kilometers of HTEM data were collected during the survey over the Nuevo Tintillo property, on transverse 100m-spaced lines along the NS orientation. (Figure 3. HTDEM Survey on the Nuevo Tintillo property). Initially the Company had planned to fly the western side of the Project at 100 m line spacing and the eastern side at 200 m line spacing. The original program was modified and the entire Project was flown at 100 meter spacing giving high resolution coverage to the entire Project area. In addition, on the advice of the geophysical contractor the airborne gravity component of the survey was deferred because there is regional gravity data available from the Spanish Government which can be used and augmented by targeted detailed ground based, higher resolution surveys, in the priority target areas. Data processing was performed by New Resolution Geophysics Ltd. (NRG).

NUEVO TINTILLO – GEOPHYSICAL SURVEY OBJECTIVES
The primary objectives of the helicopter-borne geophysical survey was to:

TARGET SELECTION
Conductivity anomalies associated with known mine working areas were used as the basis to identify and prioritize other EM conductors with similar characteristics and geological context that could be related to potential, previously unknown sulphide mineralization for further detailed investigation. Strong EM conductors appear to be the main parameter that best correlates with known mineralised lenses.

In total 15 target areas characterized by strong conductors have been prioritized within the Nuevo Tintillo property (Figure 4 and 5). On the west side of the Project, the strongest conductors are coincident with the location of the past producing Santa Flora and Nazaret mines areas. Figure 5 shows two vertical resistivity profiles in the area of the Nazaret deposit, an old mine located in the western side of the property. The mineralization is characterised by strong conductors, in the order of 50-80 ohm-m, and a dip to the North, very similar to what has been observed in the Tintillo deposit on the east side of the survey area.

Figure 4. 3D Voxet interpretation. On the east side, the extensive, strong conductors occur in the area of the small, past producing Santa Flora and Nazaret mines. These mines date to the early part of the last century before any modern exploration technology existed, yet this underexplored area is within sight of the giant Rio Tinto deposit further west.

In order to evaluate the anomalies prior to drilling, the Company plans to map the geology in detail and will complete detailed ground gravity surveys where appropriate to augment the regional gravimetry to search for anomalies of denser bodies in order to help prioritize the conductors. Massive sulphide masses are conductive and dense, and these two properties together with a favourable geology will determine the priority areas for further exploration. The objective is to commence drill testing the best targets in Q4 2022.

Joaquin Merino, P.Geo., points out, “A good example of the results this type of EM survey can deliver, was the discovery of Magdalena volcanogenic massive sulphide deposit found in the Iberian Belt by Minas de Aguas Teñidas S.A.U. (MATSA) in 2013. During a first phase of exploration, the deposit was discovered by drill testing a conductivity anomaly that was first detected during an airborne (helicopter) transient electromagnetic survey (VTEM) in 2011. This was followed by drilling which intercepted an orebody at a depth between 225m and 248m. Today, this discovery is in production.”

According to David Gower, P.Geo., CEO of Emerita, “This is a unique opportunity to explore such an extensive belt of productive stratigraphy, located between very large deposits. The airborne survey has delivered very good targets that are located within the proper geological context. We are moving forward with the boot and hammer work to evaluate each target and expect to commence trenching and drilling later in the year.”

Qualified Person
The scientific and technical information in this news release has been reviewed and approved by Mr. Joaquin Merino, P.Geo, President of the Company and a Qualified Person as defined by NI 43-101 of the Canadian Securities Administrators.

About Emerita Resources Corp.
Emerita is a natural resource company engaged in the acquisition, exploration and development of mineral properties in Europe, with a primary focus on exploring in Spain. The Company’s corporate office and technical team are based in Sevilla, Spain with an administrative office in Toronto, Canada.

[DATELINE]Minnova Corp. (TSXV: MCI) (OTC Pink: AGRDF) ("Minnova" or the "Company") announces that further to its press release of July 20, 2022, the Company… 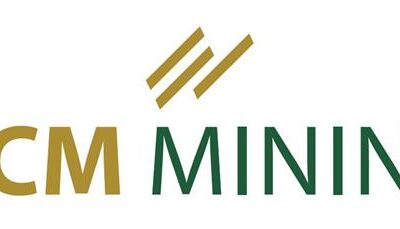 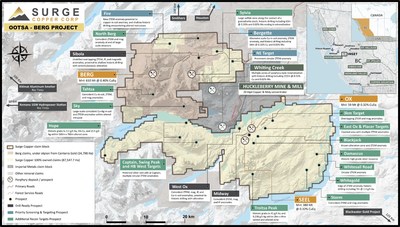 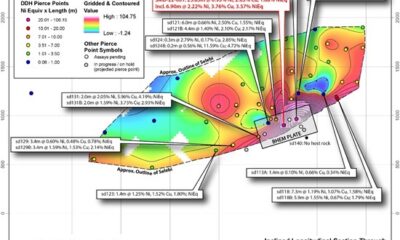