MONTREAL, April 28, 2022 (GLOBE NEWSWIRE) — Osisko Metals Incorporated (the “Company” or “Osisko Metals“) (TSX-V: OM; OTCQX: OMZNF; FRANKFURT: 0B51) is pleased to announce an initial Inferred Mineral Resource Estimate at Mount Copper as part of the Gaspé Copper Project, located near Murdochville in the Gaspé Peninsula of Quebec. This resource is pit-constrained to mineralization surrounding the past-producing Mount Copper open pit mine (“Mount Copper Expansion Project”) and uses a base case of US$3.80/lb copper and a lower cut-off grade of 0.16% sulfide copper. It was estimated using data from historical drilling completed between the 1960’s and 2019.

Robert Wares, CEO & Chairman of the Board, commented: “We are extremely pleased to announce a maiden Inferred Mineral Resource Estimate for the Mount Copper Expansion Project. This is the first step for our comprehensive strategy at Gaspé Copper to fully evaluate all potential for economic copper deposits remaining within this past-producing porphyry copper/skarn complex. We strongly believe this large-scale asset could become a core component of Quebec’s critical mineral development strategy that aims to provide essential metals for global decarbonization initiatives. Our 30,000-metre drill program has begun with the objective of refining sulfide/oxide ratios in the deposit and upgrading the Mineral Resource Estimate to the Measured & Indicated categories by year end. Furthermore, we will immediately launch a Preliminary Economic Assessment (PEA) on the Mount Copper Expansion Project and look forward to rapidly developing this asset in partnership with Glencore Canada.”

The following table shows the resources reported at various reasonable cut-off grades, the base case cut-off grade is 0.16% copper and shown in bold:

Same footnotes as Table 1 apply to this table.

End-of-mine, existing historical mineral resources at Gaspé Copper that are not NI43-101 compliant are reported in Noranda/Falconbridge Annual Reports 1998-2000, Quebec government mining assessment reports and in Hussey & Bernard (SME Aug 1998, p. 36-44). Regulatory authorities require that disclosure of historical resources by an issuer must be referenced, along with other requirements, by publicly available technical reports, and such reports on the historical estimates are not available. The following disclosure therefore describes the remaining mineral deposits and areas of mineralization at Gaspé Copper and the Company believes that these offer excellent potential for additional resources. Osisko Metals’ strategy at the present time is to focus on the economic viability of the Mount Copper sulfide resource only, and if this can be achieved, evaluation of the potential resources offered below will follow with additional drill programs.

The deep-seated Porphyry Mountain deposit was discovered by Noranda Inc. in 1994. Porphyry-style stockwork Cu-Mo mineralization forms a roughly vertical, cylindrical deposit (approx. 800 m high, 400 m long and 350 m wide) that is located deep under Porphyry Mountain (located 1250 metres NE of the center of the Mount Copper open pit), at depths between 1200 and 2000 metres. The deposit remains open at depth. Approximately 24 subvertical holes were drilled into the deposit between 1994 and 2011, and significant intersections include:

Previous mining at the Mount Copper open pit resulted in the stockpiling of oxidized copper mineralization approximately 1100 metres to the NW of the center of the open pit. The stockpiles cover an area measuring 470,000 square metres with an average height of 25 metres. This material is potentially amenable to heap leaching and SX-EW recovery techniques and could eventually represent a low-cost opportunity for additional copper production if a heap leach operation can be successfully permitted.

Parameters and criteria used for the Mineral Resource Estimate

As recent (post-2011) drilling is almost entirely located in one area of the pit-constrained resource, it is SGS’ recommendation that additional infill drilling be completed across the entire pit volume to 1) improve the oxide model and 2) allow for conversion from the Inferred category to the Measured and Indicated categories.

Osisko Metals Incorporated is a Canadian exploration and development company creating value in the critical metal space. The Company controls one of Canada’s premier past-producing zinc mining camps, the Pine Point Project, located in the Northwest Territories for which the 2020 PEA has indicated an after-tax NPV of $500M and an IRR of 29.6%. The Pine Point Project PEA is based on current Mineral Resource Estimates that are amenable to open pit and shallow underground mining and consist of 12.9Mt grading 6.29% ZnEq of Indicated Mineral Resources and 37.6Mt grading 6.80% ZnEq of Inferred Mineral Resources. Please refer to the technical report entitled “Preliminary Economic Assessment, Pine Point Project, Hay River, Northwest Territories, Canada” dated July 30, which has been filed on SEDAR. The Pine Point Project is located on the south shore of Great Slave Lake in the Northwest Territories, near infrastructure, paved highway access, and has an electrical substation as well as 100 kilometres of viable haulage roads already in place.

Furthermore, the Company has an option to purchase, from Glencore Canada, a 100% interest in the past-producing Gaspé Copper property located near Murdochville in the Gaspé peninsula of Quebec (see details in March 28, 2022 press release for details).

For further information on this press release, visit www.osiskometals.com or contact:

This news release contains “forward‐looking information” within the meaning of the applicable Canadian securities legislation that is based on expectations, estimates, projections and interpretations as at the date of this news release. The information in this news release about the potential acquisition of Gaspé Copper; the timing and ability of the Company to exercise the option to acquire Gaspé Copper(if at all); the results of exploration and economic evaluation work completed by Osisko Metals on Gaspé Copper ad Pine Point; the significance (if any) of Gaspé Copper and Pine Point being past producers and the results of such past production; the timing and ability of the Company to obtain regulatory approvals, including the approval of the TSX Venture Exchange, for any transaction and any other information herein that is not a historical fact may be “forward-looking information”.

Any statement that involves discussions with respect to predictions, expectations, interpretations, beliefs, plans, projections, objectives, assumptions, future events or performance (often but not always using phrases such as “expects”, or “does not expect”, “is expected”, “interpreted”, “management’s view”, “anticipates” or “does not anticipate”, “plans”, “budget”, “scheduled”, “forecasts”, “estimates”, “believes” or “intends” or variations of such words and phrases or stating that certain actions, events or results “may” or “could”, “would”, “might” or “will” be taken to occur or be achieved) are intended as forward-looking information. 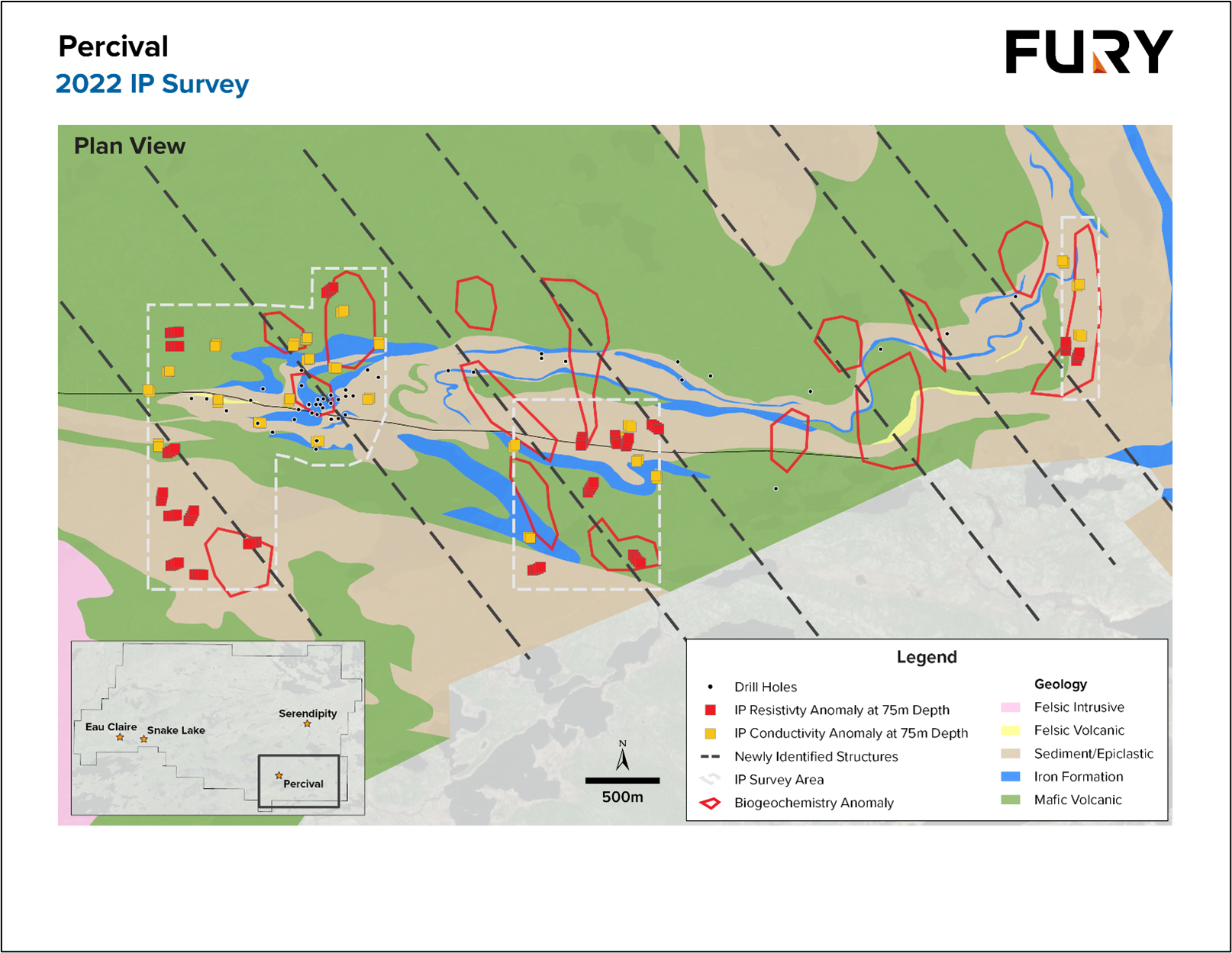 NOT FOR DISTRIBUTION OR DISSEMINATION TO THE UNITED STATESIncrease and Extension Granted for Non-Brokered Private PlacementVANCOUVER, BC / ACCESSWIRE /… 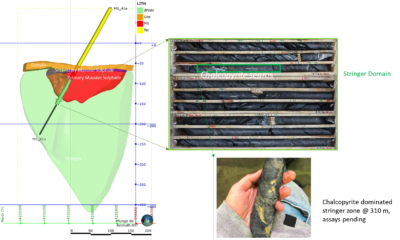 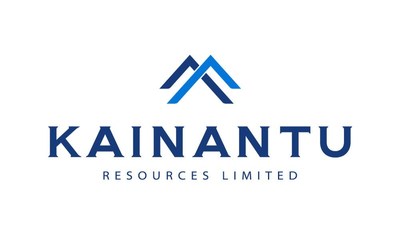