Triple Point has applied to list its shares on the Canadian Securities Exchange which is subject to Triple Point meeting all listing requirements.

Patrick Laracy, President commented “The spinout of Triple Point by Atlas Salt will accelerate the evaluation and development of the Fischell’s Brook property which is poised to take advantage of the clean energy opportunities quickly unfolding in western Newfoundland. Vulcan’s interest in Triple Point will provide shareholders with significant exposure to these developments.”

Additional information regarding the spinout is available at www.atlassalt.com

Vulcan Minerals is a precious and base metals exploration company based in St. John’s Newfoundland. The company has strategic land positions in multiple active Newfoundland gold exploration and development belts. It also holds approximately 33% of the shares in Atlas Salt Inc. (TSXV: SALT). Atlas Salt is carrying out a feasibility analysis on its Great Atlantic Salt deposit in western Newfoundland strategically located in the robust road de-icing market of eastern North America. 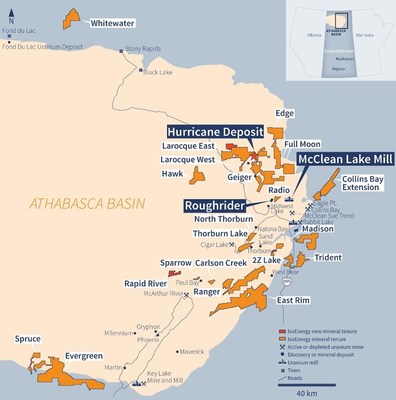