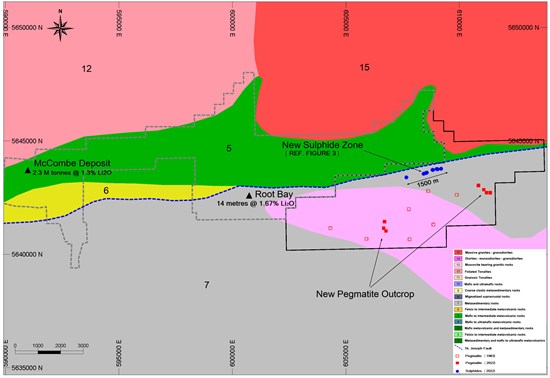 Reconnaissance mapping and sampling at Surge has identified multiple pegmatite outcrops on trend to known lithium-cesium-tantalum (“LCT”) type pegmatites reported on the adjacent Root Property owned by Green Technology Metals Ltd. (“GT1”). GT1 has identified LCT pegmatites over an inferred 10 kilometre, east-west trend, parallel to the St. Joseph Fault (“SJF”), a regional geological break between the Uchi and English River geological sub-provinces. The SJF bisects the Surge property, extending for over 9.0 kilometres across the northern part of the claims (Ref. Figure 1).

GT1 is currently drilling to increase the McCombe lithium deposit, 14 kilometres to the west of Surge, with a historical resource of 2.3 million tonnes averaging 1.3% Li2O (REF Ontario Geological Survey Open File Report 6180 (2006) Table 14 – page 46). The objective of GT1’s current drilling program is to expand the McCombe resource. In a press release dated November 22, 2022, GT1 reported a number of drill intercepts, including 8.0 metres averaging 1.72% Li2O. GT1 also indicated LCT pegmatites that extend for over 300 metres at Root Bay, approximately 2.0 kilometres west of the Surge property, with grab samples assaying up to 2.4% Li2O.

The reconnaissance program also identified anomalous pyrite, chalcopyrite and pyrrhotite sulphide mineralization coincident with the interpreted location of the SJF in the northern portion of the claims (Ref. Figures 1, 2 and 3). Outcrops define a 1,500 metre long, east-west outcrop trend, including a 150-metre interval of massive (+50%) to semi-massive (+25%) sulphides isolated in three separate outcrops. This sulphide trend was not identified in any filed assessment reports for the area and is interpreted to represent a “new” occurrence.

Wes Hanson, P.Geo., President and CEO of Xplore, notes, “We are very pleased with out initial reconnaissance mapping which not only identified pegmatite outcrops but also isolated a zone of massive to semi-massive sulphide mineralization associated with a major, regional-scale structural break. That’s never a bad thing, particularly when identified by maiden reconnaissance mapping of an area. The observed pegmatites are descriptively similar to the confirmed LCT pegmatites at Root Bay, 2.0 kilometres to the west. We currently interpret the central, peraluminous, quartz-mica rich granitic intrusion dominating the center of the claims to be an ideal source for LCT pegmatite development. The discovery of massive to semi-massive sulphides is a very interesting and unexpected development offering a second, compelling exploration target within the Surge block. The massive sulphides are hosted within iron formations. Our field team confirmed that there is an extensive network of recent logging roads and trails providing excellent road access throughout the Surge claim block and the logging operations have increased outcrop exposure. Overall, this initial look at the Surge property is very encouraging, so much so that it has been elevated to become our primary exploration focus for 2023. Our plan is to mobilize field teams in the spring to identify and evaluate the lithium potential as well as well as potential for gold and/or base metals possibly associated with the massive to semi-massive sulphides discovered to the north parallel to the St. Joseph fault.” 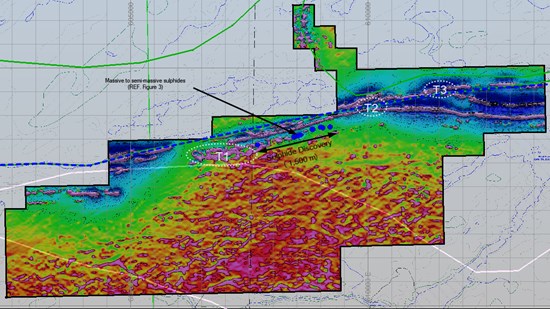 T1 west of the recent sulphide trend, is interpreted to represent possible folded strata. The discovery of the sulphide trend to the east only enhances T1 as a priority target for follow up field work.

The T2 and T3 targets are both interpreted to be either splay structures originating from the SJF or an intersection of E-W structures with the SJF. Regardless, both targets are of greater interest with the discovery of the sulphide trend to the west.

Exploration in 2023 shall focus on confirming the northern and western limit of the peraluminous granite and concentrating the search for LCT type pegmatites outboard from that defined contact. Analytical results from the initial sampling of the sulphide trend will determine the priority of the T1-3 target areas. 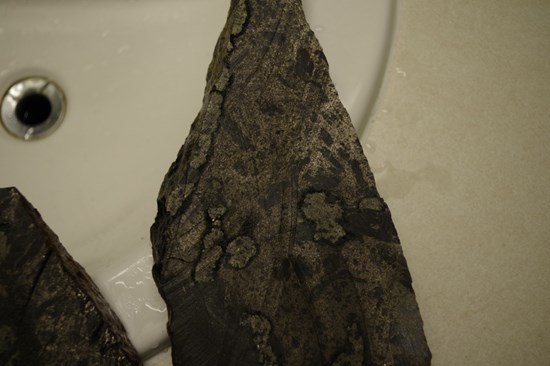 Xplore Resources is a Toronto based exploration company listed on the TSX Venture Exchange under symbol XPLR and is focused on the acquisition and development of lithium, copper and gold projects in the Americas. The Company is led by a highly experienced management team and is comprised of industry experts with executive and senior management experience.

Wes Hanson, P. Geo., President & CEO of Xplore and registered in the Provinces of Ontario is the “Qualified Person” under National Instrument 43-101 Standards of Disclosure for Mineral Projects (“NI 43-101”) and is responsible for the technical contents of this news release and has approved the disclosure of the technical information contained herein.

ANY SECURITIES REFERRED TO HEREIN WILL NOT BE REGISTERED UNDER THE U.S. SECURITIES ACT OF 1933, AS AMENDED (THE “1933 ACT”), AND MAY NOT BE OFFERED OR SOLD IN THE UNITED STATES OR TO A U.S. PERSON IN THE ABSENCE OF SUCH REGISTRATION OR AN EXEMPTION FROM THE REGISTRATION REQUIREMENTS OF THE 1933 ACT.

THE TSX VENTURE EXCHANGE INC. HAS IN NO WAY PASSED UPON THE MERITS OF THE PROPOSED TRANSACTION AND HAS NEITHER APPROVED NOR DISAPPROVED THE CONTENTS OF THIS PRESS RELEASE.

Information set forth in this news release contains forward-looking statements. These statements reflect management’s current estimates, beliefs, intentions and expectations; they are not guarantees of future performance. Xplore cautions that all forward-looking statements are inherently uncertain, and that actual performance may be affected by a number of material factors, many of which are beyond Xplore’s control. Such factors include, among other things: risks and uncertainties relating to Xplore’s ability to complete the proposed Transaction; and other risks and uncertainties, including those to be described in the Filing Statement to be filed by Xplore on SEDAR.com. Accordingly, actual, and future events, conditions and results may differ materially from the estimates, beliefs, intentions, and expectations expressed or implied in the forward-looking information. Except as required under applicable securities legislation, Xplore undertakes no obligation to publicly update or revise forward-looking information.

To view the source version of this press release, please visit https://www.newsfilecorp.com/release/147039