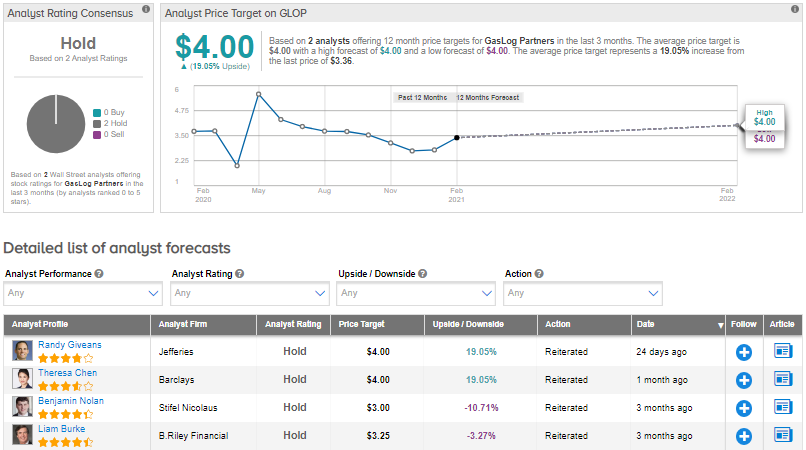 Shares of GasLog Partners jumped over 6% in Monday's pre-market trading session after the operator of liquefied natural gas (LNG) carriers reported fourth-quarter results that came in ahead of analysts’ expectations.

Adjusted EBITDA fell 13% year-over-year to $59 million, due to a decline in revenues, which was partially offset by a decrease in interest expenses and operating expenses.

Earlier on Jan. 29, Jefferies analyst Randy Giveans raised the stock’s price target to $4 (19.1% upside potential) from $3.25 and maintained a Hold rating. In a note to investors, the analyst said that LNG carrier spot rates rose during the quarter, driven by strong demand from Asia. However, dry bulk rates were "highly volatile on choppy Brazilian iron ore production," while crude and refined products tanker rates remained under pressure.

Overall, consensus among analysts is a Hold based on 2 Holds. The average analyst price target of $4 implies upside potential of about 19.1% to current levels. Shares have dropped by about 18.3% over the past year.