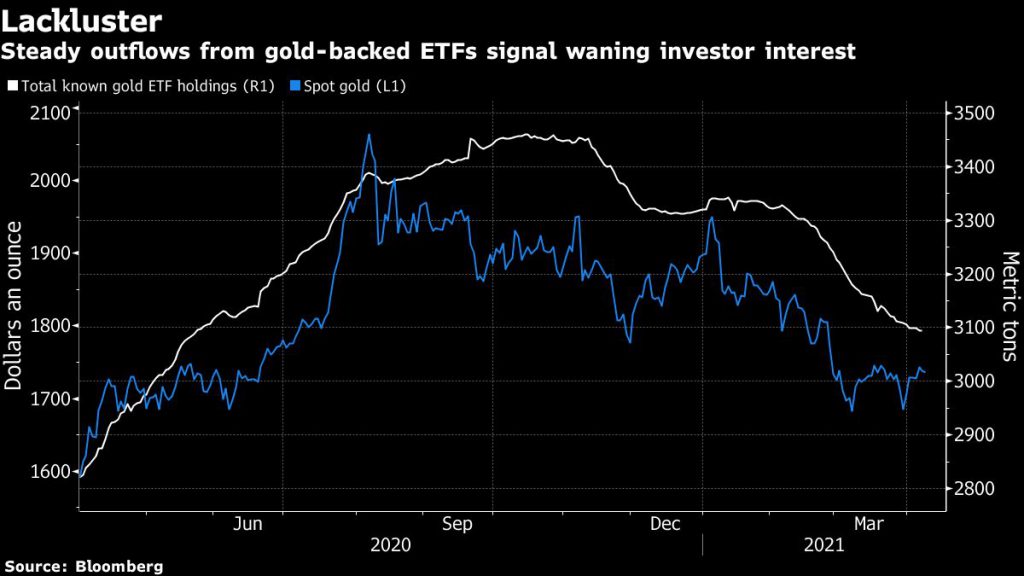 Gold prices hit their highest level in more than a month on Thursday as both the dollar and US yields dropped, while the Federal Reserve’s reiteration of its dovish policy stance also lifted bullion’s appeal.

Risk sentiment was broadly improved after minutes from the Fed’s March meeting showed no signs of scaling back its massive bond-buying program. This lifted both US and European equities and pushed the dollar down to more than a two-week low.

“And the fact that we’re above $1,750, which is a key technical level, shows that gold has some legs to continue higher.”

“Gold has tracked long-dated real Treasury yields in recent months,” analysts at Capital Economics wrote in a note. “We think that long-dated real yields will rise a bit further, putting the gold price under more pressure.”

Bullion has dropped about 8% this year amid optimism over the global economic recovery, and as rising bond yields damped the appeal of the precious metal.

Holdings in gold-backed exchange-traded funds, one of the main pillars behind gold prices hitting a record in 2020, continue to decline, signaling waning investor interest.

(With files from Bloomberg and Reuters)