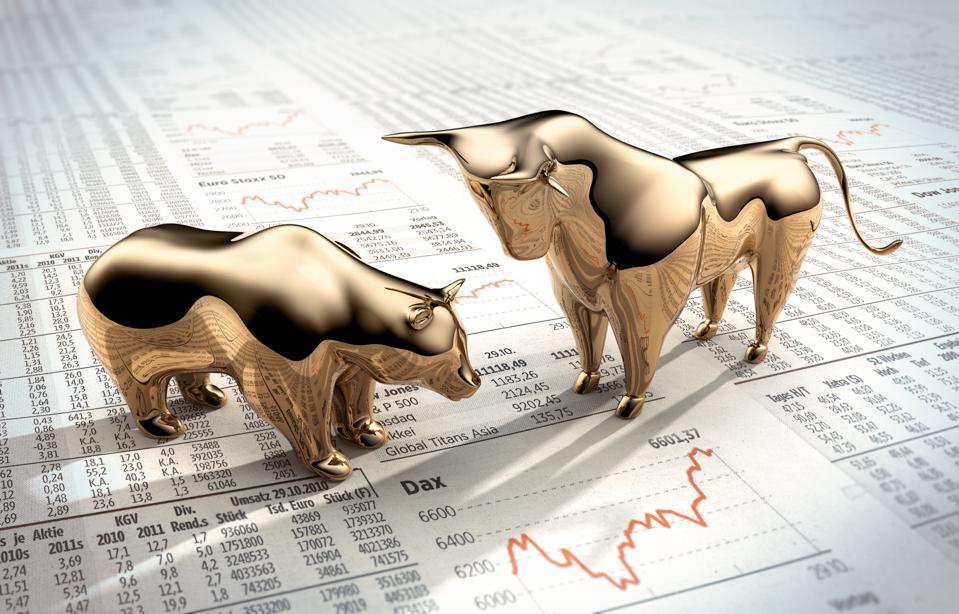 Gold has recovered from its March price dip of $US1,685 per ounce to surge toward $US1,800/ounce as central bank buying outweighs the effect of higher US bond yields.

The yellow metal was trading Tuesday at $US1,772 per ounce ($2,282/ounce) as market analysts start to express concerns about the risk of deflation in developed economies.

“The fact that the world’s most important commodity — crude oil — is the same price it was 16 years ago, despite unprecedented levels of monetary and fiscal stimulus, indicated entrenched deflationary forces,” Bloomberg Intelligence senior commodity strategist Mike McGlone told Kitco news.

The US government has provided three rounds of economic stimulus cheques to Americans, and the US Federal Reserve has relaxed monetary policy in terms of zero interest rates.

In addition, the US monetary supply in the form of US dollars held as cash and in bank accounts has expanded by 25 per cent since the start of the COVID-19 pandemic last February.

“Unless West Texas [crude oil] can sustain above $US70 a barrel, there is little to stop more of the same deflationary forces from commodities that marked a top in the US Treasury 10-year yield of about 3 per cent in 2014,” said McGlone.

The US dollar has been heading lower against a basket of major currencies since late March and is now close to a critical support level of 90 for the US dollar index (DXY).

Meanwhile, in the physical gold market, the central bank of Hungary in Europe has been leading central bank buying by Eastern European countries in the March quarter.

The National Bank of Hungary bought around 60 tonnes of gold in March, one of the largest monthly purchases by a central bank since Mexico’s near 80 tonnes in March 2011.

The Hungarian central bank has nearly tripled its gold holdings to 94.5 tonnes in order to “strengthen the stability of the country’s financial system”, said the World Gold Council.

China’s government has given the green light to domestic and foreign banks to import larger amounts of gold into the Asian country, according to news reports.

Silver at $US25.80 per ounce ($33.25/ounce) continues to trade around an eight-year high on reports of a scarcity of the white metal in the physical market.

Several ASX gold stocks made progress during Tuesday trade after making announcements relating to their gold projects in Australia.

The company is working toward a mineral resource estimate in May for the project located 70km south of Kalgoorlie and near to the Wattle Dam and Widgiemooltha gold mines.

Anglo Australian Resources has received assay results including 83m at 1.47 grams per tonne gold (g/t) from 96m, and 64m at 1.88 g/t gold from 44m, for its Mandilla East main zone.

“We have been drilling almost continuously at Mandilla since last September, and our current drill programs have just come to an end,” managing director, Marc Ducler, said.

More drill results are due for Mandilla in the coming weeks.

Iron ore company GWR Group (ASX:GWR) said it plans to de-merge its Wiluna West gold project in WA and float the project as a separate ASX company in an IPO.

The new de-merged company, Western Gold Resources, expects to raise between $5 million and $7m from the IPO priced at 20 cents per share.

A recent upgrade of the Wiluna West gold project shows its mineral resource as 4.5 million tonnes at 2 g/t gold for 293,000 ounces of gold.

The de-merger would allow GWR Group to focus on its Wiluna West iron ore project which has been generating revenue from its C4 iron ore deposit for direct shipping ore (DSO).

“With GWR’s Wiluna West iron ore now delivering revenue, we believe the time is right to take advantage of the buoyant gold price and spin out our highly prospective gold assets while rewarding our loyal shareholders with an in-specie distribution,” chairman, Gary Lyons, said.

West Africa-focused gold explorer Resolute Mining (ASX:RSG) suffered a setback in relation to the sale of its Bibiani gold mine in Ghana to Chifeng Jilong Gold Mining Company.

A December sale agreement for the Bibiani gold mine has been cancelled one month after Ghana’s Minerals Commission terminated the project’s mining lease on the advice of Ghana’s Minister for Lands and Natural Resources.

The Minister later reversed his decision and restored the mining licence for the Bibiani gold mine, but Chifeng Jilong still cancelled its purchase on the grounds that the mining lease has been materially impacted and has asked for the return of a $US5m deposit.

Resolute Mining said it will continue to consider all options for the successful development or sale of its Bibiani gold mine which it has operated since 2014.

Chinese company Chifeng Jilong Gold Company offered to pay $US105m for the Bibiani gold mine which a feasibility study said could potentially produce ~100,000 ounces of gold per year.

The post Gold shrugs off March low to reach two-month high of $US1,772 per ounce appeared first on Stockhead.