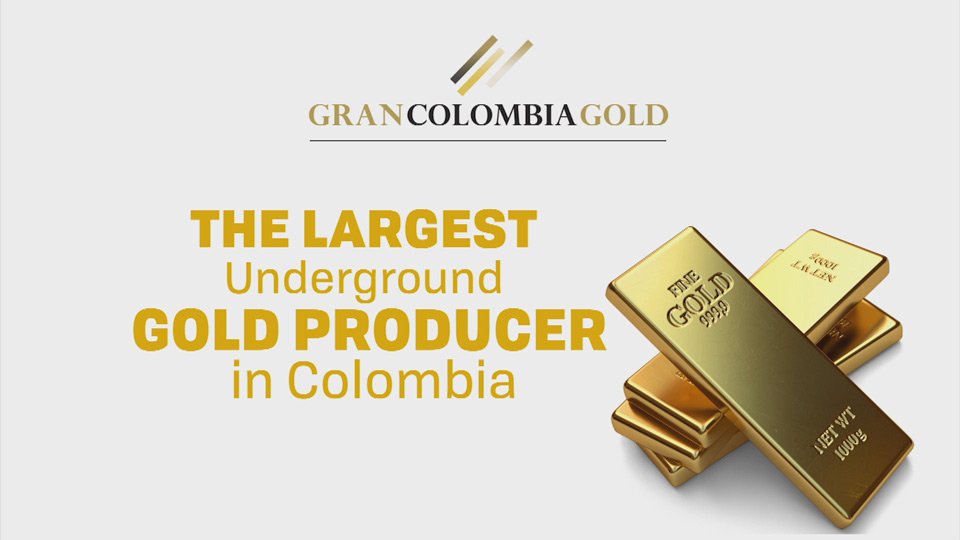 Gran Colombia Gold (TSX: GCM) churned out 220,194 oz of gold from its operations in Antioquia, Colombia, 180 km northeast of Medellin last year, meeting its production guidance for the fifth year in a row. The company had guided for production of 218,000 to 226,000 oz gold.

About 12% of total production and from small mines under contract in the region to deliver ore to Gran Colombia’s 1,500 tonne per day mill for processing.

“We have now produced a total of approximately 1.3 million ounces of gold from Segovia in the ten years since we acquired the mining title and the head grade has averaged 13.8 g/t over that period of time, establishing Segovia as one of the highest-grade underground global gold mines, as further evidenced by the recently announced high-grade intercepts from our ongoing drilling program,” said Gran Colombia CEO Lombardo Peredes in a press release.

“In the fourth quarter of 2020, we continued the ongoing development of our mines at Segovia and in December, we commenced production activities at our fourth mine, Carla, which is expected to ramp up further during the first half of 2021.”

The company finished the year with $90 million in cash.

Gran Colombia’s spinoff company Caldas Gold, which holds the Marmato mine in Caldas, Colombia, and the Juby gold project in Ontario, is soon to become Aris Gold. Caldas closed an $85 million subscription receipt offering in connection with the transaction in December and will bring in a new board and management team led by CEO Neil Woodyer.

Once the transaction is complete, Gran Colombia will hold 44.3% of Aris Gold.

Commodities and Cryptos: Busy on the oil front, Gold coils up, Bitcoin steadies

Apis Capital Up 39 Percent In 2020, Gains On Penumbra Short