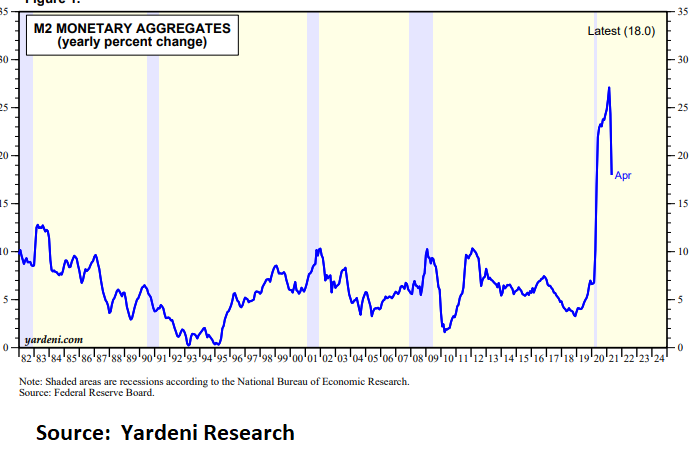 First, folks, please send your prayers, thoughts, good feelings, positive energy, miracles, healing touch, whatever you got, and whatever it takes to GMM’s beloved Carol K., who keeps battling, never giving up against a serious disease at one of Boston’s best hospitals.  Even in her critical condition, she contributed to this post — though she may not agree with all its final points.  She’s truly an amazing and incredibly strong human being.  Semper Fi and Goodspeed, CK.

We had a few requests to write up something about today’s hot U.S consumer price inflation data. So we put together a quick note in honor of our friend from down in the Land of Oz, GMac, one of the most decent human beings on earth. He is one proud father of a super studly 18-year son, an incredible surfer, who someday wants to surf Mavericks.  God bless his soul.

Let us preface our inflation note with one of our favorite quotes:

Recall our post in January, Ready For 4 Percent CPI By Mid-Year?, when we speculated the U.S. would be experiencing 4 percent inflation, possibly 5 percent by mid-year.  We were beaten down like a red-headed stepchild (I am at liberty to say that as I have been a ginger most of my life).

GMM was also one of the first to point out the base effects would kick in April and May 2021 due to the deflation that troughed last year from the COVID crash.  But the lastest few month-on-month core prints essentially negate the base effect excuse for high inflation as three-month core CPI is now running at 7.9 percent on an annual basis.

We don’t know for certain if inflation will stick and move higher or lower but we are taking the over, however.

We do know global central banks have pumped in a shitload of high-powered money into the global financial system, and banks now seem eager to start lending, creating more endogenous money on top of the trillions of base money central banks have injected.

The following chart from Dr. Ed illustrates the digital printing press has been working overtime.  Don’t be confused by, yes, the base effect, as the money aggregates have a much large base to grow from now. Tough comps after expanding over 25 percent.

Note, these are monetary aggregates, which include bank deposits and other, not the expansion of the Fed’s balance sheet, though it does hugely influence the data.

Big spurts from the digital printing press without a credit crisis and an impaired financial system — as was the case after the Great Financial Crisis — will almost always generate inflationary pressures.   Stimulating demand without production in a supply shock is not optimal unless targeted.

It’s very amusing to us to see the FinTweets, “peak inflation has arrived.”  True, if the financial markets crash.  But what do they base their conclusion on?  A warm feeling in their tummy?

Show me the data, Jerry.

Banks now seem eager to start lending, creating more endogenous money on top of the trillions of base money central banks have injected.

Loans are “starting to pick up,” and there’s plenty of borrowing capacity because companies have unused credit lines, {BofA CEO Brian ]Moynihan said. Loan growth has been a challenge across the banking industry because many consumers and businesses are sitting on cash from savings and stimulus during the pandemic. – Bloomberg, June 6

This should send shivers up the Fed’s spine, but we are not so sure.  We are also not so sure they are not flying blind and will again miss the next big one just as they have in the past.

It’s late and we want to present the chart in honor of GMac.  We have taken the non seasonaly adjusted year-on-year change of CPI and subtracted a scaled up version of the Chicago Fed’s  National Financial Conditions Index (NFCI), which measures how loose or tight monetary conditions are in the U.S..  It’s running at an extreme historical low — i.e., very loose financial conditions — and you can see the 105 indicators it is based upon here.

We are trying to give context to the inflation data about how loose and accomodative finnancial market and monetary conditions are currently.   As you can see, today’s year-on-year CPI print less the NFCI is at the highest level since November 1990 in the middle of the gulf war, where the Fed was faced with spiking inflation due to the run-up in oil and a recession.   Prior to that our adjusted inflation index hasn’t been so high since the high inflation late 197Os and early ‘80s.

Clearly, it is a different environment in today’s economy.  In fact, just the opposite – the economy is ready to roar for the next several quarters as consumers are flush with cash, the supply chain is still a mess due to the “bullwhip effect” (more on this in a future post), and new businesses should be looking for credit and loans to rebuild and start new ventures.

Most of all, folks, the central banks still have their petal to the metal and balls to the walls, and as we all know (well some of us),

Inflation is always and everywhere a monetary phenomenon in the sense that it is and can be produced only by a more rapid increase in the quantity of money than in output. – Milton Friendman

Finally, the Democrats should begin to worry.

Biden inflation is real, and it’s happening right now. It’s hurting Tennessee’s poorest families and workers the most, and is a clear and immediate tax on the middle class. pic.twitter.com/tvcStztWah

(Please forgive the typos, I will try and clean them up in the morning).

This article was originally published at https://global-macro-monitor.com/2021/06/11/inflation-in-context/