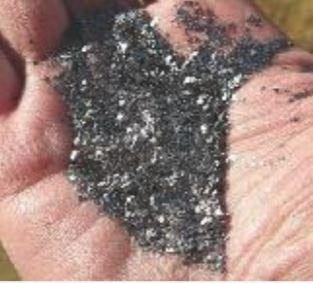 Mineral Commodities has started a new stage of graphite mining at the Traelen mine to support continued processing operations at its Skaland project.

This involves the commencement of down-dip mining for the first time in the mine’s operational history, providing access to additional graphite while enabling further exploration and infill drilling to target expanded resources.

“The commencement of decline mining represents a new chapter in the life of Traelen mining operations, which until now have been following the graphite ore up the mountain,” acting chief executive officer Russell Tipper noted.

“In parallel, we are progressing metallurgical testwork to support an expansion of production at Skaland with the delivery of a PFS in early Q4. Skaland continues to be a cornerstone of MRC’s strategy for a value-added graphite business.”

Skaland, located in northern Norway, has produced graphite since 1917 initially from the Skaland mine that is located directly alongside the existing processing and port infrastructure. Traelen became the source of ore from 2007.

The company secured control of the project through its 90 per cent stake in Skaland Graphite in 2019.

Skaland is the largest flake graphite producer in Europe and also one of the world’s highest-grade operating graphite mines with mill feed grade averaging about 28 per cent.

A maiden JORC resource of 1.78 million tonnes grading 22 per cent total graphitic content was estimated in March 2020 for the Traelen deposit, which delivered 19,000t of ore to the processing plant in 2020.

Mineral Commodities completed a 3,000m drill program in March 2021 and expects to deliver an ore reserve estimated in August.

This article was developed in collaboration with Mineral Commodities, a Stockhead advertiser at the time of publishing.

This article was originally published at https://stockhead.com.au/resources/mineral-commodities-starts-new-graphite-chapter-at-traelen-mine/