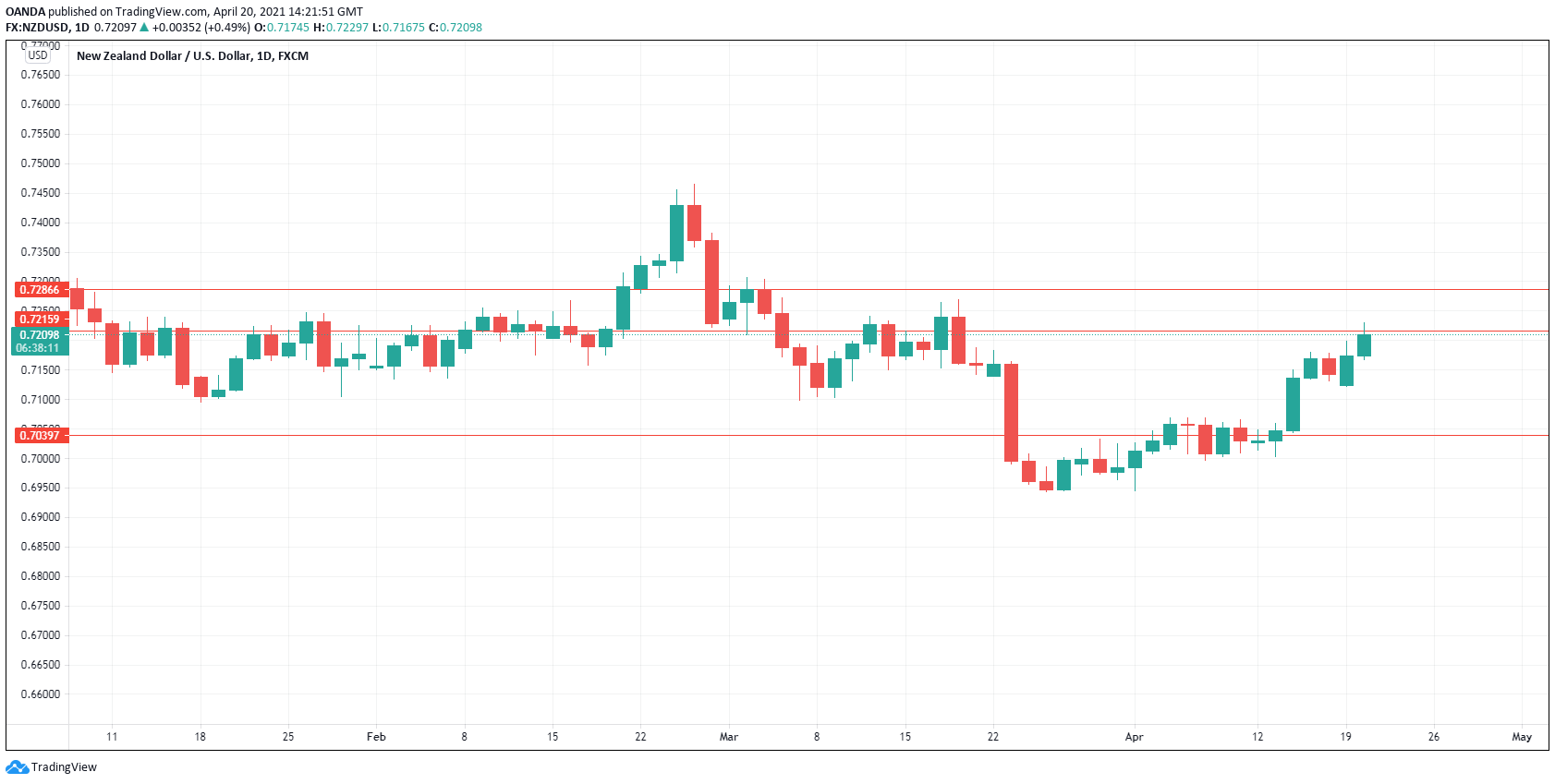 The New Zealand dollar has posted strong gains for a second straight day. Currently, NZD/USD is trading at 0.7213, up 0.55% on the day. The pair has climbed 0.98% so far this week.

For anyone in search of some volatility, look no further than the New Zealand dollar. The currency slid 3.39% in March but has recovered almost all of those losses in the month of April.  The US dollar shot up in March, holding onto the coattails of US Treasury yields, which moved higher. However, US yields have retreated somewhat in April, which has dampened sentiment towards the dollar.

Another factor which is weighing on the dollar is that the market seems to be heeding the message from the Federal Reserve that any increase in inflation will be only temporary. This has led to a significant reduction in expectations of a rate hike in the near future. With the US economy showing renewed strength, pent-up demand is expected to lead to a rise in economic activity and higher inflation. This had raised speculation that the Fed might reconsider its dovish stance in order to prevent the economy from overheating. However, Fed policymakers have sought to dampen concerns about inflation and have reiterated that the Fed’s accommodative policy will continue.

The New Zealand economy has recovered nicely from the Covid pandemic, buffeted by low interest rates. Stronger economic conditions are expected to cause higher inflation. We’ll get a look at CPI for the first quarter later in the day (22:45 GMT). CPI is projected to rise to 0.8%, up from the 0.5% recorded in Q4. The indicator often causes strong moves in the New Zealand dollar, so we could see some volatility from NZD/USD after this release.