In the annual meeting, which also was held virtually at www.virtualshareholdermeeting.com/PLM2022, 85.33% of the eligible shares were represented and all motions put forward by the company were passed.

Deloitte & Touche LLP was re-appointed as auditors of the company and the board is authorized to fix the remuneration to be paid to the auditors.

Following the meeting, Mr. Cherry gave a presentation on achievements of the past year and goals for the future. Key achievements include:

The wetlands and water discharge permits are two of only three permits that remain on hold pending additional process, which is anticipated to be largely addressed this year. The third, regarding the Permit to Mine, is awaiting a court-ordered contested case hearing on the effectiveness of bentonite clay capping for eventual closure of NorthMet’s tailings basin.

Mr. Cherry said key objectives for the months ahead include:

“NorthMet is a tremendous asset and holds the high-demand critical minerals essential to carbon reduction efforts. Ours will be the first mined from the Duluth Complex to feed a hungry supply chain for the manufacture of clean energy technologies such as wind turbines, solar arrays, battery storage and electric vehicles,” Mr. Cherry told shareholders. These technologies require substantial amounts of copper, nickel and cobalt, all of which have increased in value in recent years, he said, adding that the company remains committed and resolved to building out NorthMet in a way that exceeds the required regulations and that delivers the promised jobs and substantial economic benefits.

PolyMet is a mine development company that owns 100% of the NorthMet Project, the first large-scale project to have received permits within the Duluth Complex in northeastern Minnesota, one of the world’s major, undeveloped mining regions. NorthMet has significant proven and probable reserves of copper, nickel and palladium – metals vital to infrastructure improvements and global carbon reduction efforts – in addition to marketable reserves of cobalt, platinum and gold. When operational, NorthMet will become one of the leading producers of nickel, palladium and cobalt in the U.S., feeding the supply chain with high-demand, responsibly mined metals crucial to the manufacture of clean energy and clean mobility technologies such as wind and solar generation, battery storage and electric vehicles.

Located in the Mesabi Iron Range, the project will provide economic diversity while leveraging the region’s established supplier network and skilled workforce and generate a level of activity that will have a significant effect in the local economy. For more information: www.polymetmining.com.

Specific reference is made to risk factors and other considerations underlying forward-looking statements discussed in PolyMet’s most recent Annual Report on Form 40-F for the fiscal year ended December 31, 2021, and in our other filings with Canadian securities authorities and the U.S. Securities and Exchange Commission.

The Annual Report on Form 40-F also contains the company’s mineral resource and other data as required under National Instrument 43-101.

No regulatory authority has reviewed or accepted responsibility for the adequacy or accuracy of this release.

To view the source version of this press release, please visit https://www.newsfilecorp.com/release/127961 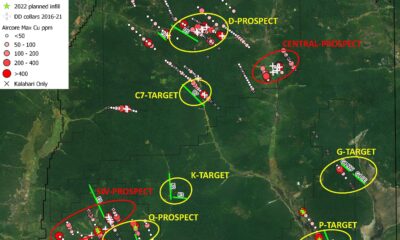 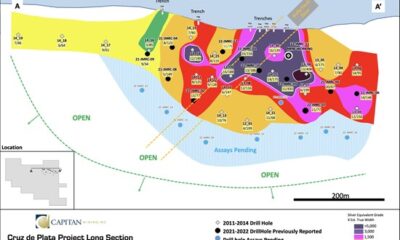