During the month of May, Northern shipped 1,085 tonnes and 965 tonnes were sold for total revenue of US$1,537,356 at an average price of US$1,593 per tonne. Although most of the volume from the Lac des Iles mine is contracted on an annual basis, in early June, Northern received a spot order for 152 tonnes of its 80×150/95 grade at US$1,900MT to be shipped in July. This shows the market is tightening for this type of product in North America. Currently Northern has a backlog of orders for 880 tonnes with a value of US$1,528,000.

At the Lac des Iles mine and processing plant, 19,701 tonnes of ore were processed with a graphite recovery of 89.5% to produce 1,281 tonnes of final concentrate. The plant currently operates on a 24 hour/day, 5 days/week cycle. In May plant availability was 87.2%, primarily due to shutdowns for the replacement of the crusher feed bin grizzly and repairs to one of the cleaner flotation circuits. With improved maintenance, elimination of a few small bottlenecks, and a seven-day operation, Northern believes the plant can produce up to 25,000 tonnes per year (tpy) of concentrate.

Northern is also pleased to report that the Company has started to explore the area for additional sources of ore to extend the Lac des Iles mine life. Although still early, these searches look promising both on the current mine site and on adjacent properties. Furthermore, the due diligence process continues at the Mousseau West property, which was optioned earlier this year. It is located 80 kms from Lac des Iles and within economic trucking distance. Mousseau West already contains a substantial drilled resource. A decision on exercising the option will be made ahead of schedule in July or early August.

The average selling price of LDI concentrates has historically been in the order of US$1,500/tonne which translates into potential annual revenue of US$22.5 million at 15,000tpy and US$37.5 million at 25,000tpy. LDI has traditionally received a premium over published prices due to the high quality of its flake graphite and by selling smaller quantities to loyal, long-term customers as well as providing a secure source of local supply with just in time inventory management. Cost data will be provided when second quarter results are announced. The Company has recently received multiple spot orders from non traditional customers at higher prices which indicates a tightening in market supply.

Northern is also pleased to announce that it has reached agreement on a new four-year contract with the approximately 36 union employees who work at LDI. The Company provided a significant cost of living adjustment, defined severance obligations and increased benefit coverage to 100% of costs. A formal contract is expected to be signed in the coming weeks.

“It is very encouraging to see how quickly our team has been able to integrate the recently acquired Lac des Iles mine since the transaction closed on April 29th. With a new Union contract, strong production, shipping and sales data as well as an indication that the market for graphite is tightening, we are poised for a strong finish to the year,” said CEO Hugues Jacquemin. “The transformation of Northern Graphite continues and with the first pieces of equipment being ordered for our Namibian facility as well our first employees starting at the Okorusu processing plant last week, we look forward to continued growth whilst creating a bright future for our employees and shareholders.”

Northern Graphite is a TSX Venture Exchange listed Canadian company focussed on becoming a world leader in producing natural graphite and upgrading it into high value products critical to the green economy including anode material for LiBs/EVs, fuel cells and graphene, as well as advanced industrial technologies.

Northern is the only significant graphite producing company in North America and will become the third largest non-Chinese producer when its Namibian operations come back online in the first half of 2023. The Company also has two large scale development projects, Bissett Creek in Ontario and Okanjande in Namibia, that will be a source of continued production growth in the future. All projects have “battery quality” graphite and are located close to infrastructure in politically stable countries.

Graphite is a natural, pure form of carbon. It is not a carcinogen and because it is not burned, it is not a source of CO2. Graphite has many industrial uses as a lightweight reinforcement, conductive additive and fire retardant. It has come to prominence because it is the largest component of a lithium ion battery (and an important one in fuel cells), and it requires the largest production increase of any battery mineral to meet forecast EV demand. And China dominates production and processing. For these reasons it is recognized as a critical mineral by the US, EU and Canada.

Gregory Bowes, B.Sc. MBA P.Geo is a “qualified person” as ‎‎defined under NI 43-101 and has reviewed and approved the content of this news release.

Please visit the Company’s website at http://www.northerngraphite.com/investors/presentation/, the Company’s profile on www.sedar.com, our Social Channels listed below or contact the Company at (613) 241-9959.

This news release contains certain “forward-looking statements” within the meaning of applicable Canadian securities laws. Forward- looking statements and information are frequently characterized by words such as “plan”, “expect”, “project”, “intend”, “believe”, “anticipate”, “estimate”, “potential”, “possible” and other similar words, or statements that certain events or conditions “may”, “will”, “could”, or “should” occur. Forward-looking statements in this release include statements regarding, among others; the Company’s market position, its intentions with respect to its operations and development projects, and sales, revenue and pricing projections. All such forward-looking statements are based on assumptions and analyses made by management based on their experience and perception of historical trends, current conditions and expected future developments, as well as other factors they believe are appropriate in the circumstances. However, these statements are subject to a variety of risks and uncertainties and other factors that could cause actual events or results to differ materially from those projected including, but not limited to unexpected changes in laws, rules or regulations, or their enforcement by applicable authorities; the failure of other parties to perform as agreed; social or labour unrest; changes in commodity prices; unexpected failure or inadequacy of infrastructure and the failure of ongoing and contemplated studies to deliver anticipated results or results that would justify and support continued studies, development or operations. Readers are cautioned not to place undue reliance on forward-looking information or statements.

To view the source version of this press release, please visit https://www.newsfilecorp.com/release/128724

/NOT FOR DISTRIBUTION TO UNITED STATES NEWSWIRE SERVICES OR FOR DISSEMINATION IN THE UNITED STATES/
VANCOUVER, B… 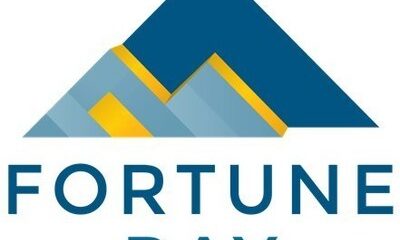 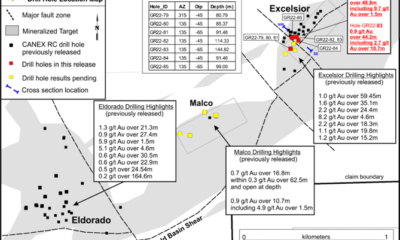 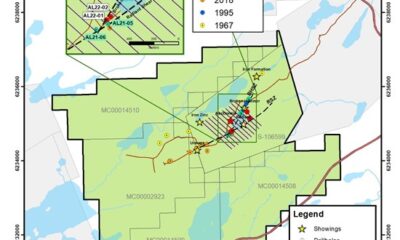 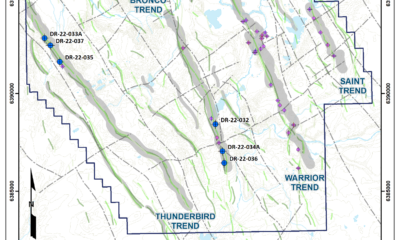 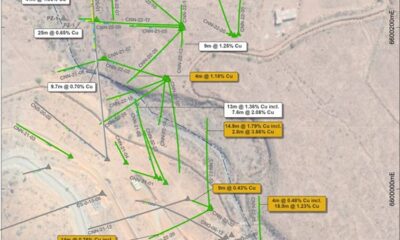