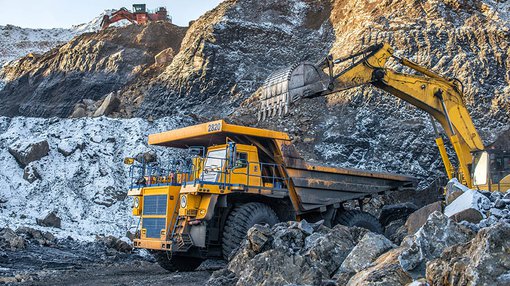 The past few years have brought renewed interest in vanadium. Experts anticipate that the battery metal, which is used mainly as an alloy in steel manufacturing, will see an uptick in demand thanks to its increased use in the energy storage sector.

The meteoric rise of the silvery-gray metal has piqued the interest of analysts and investors who see the value in a battery metal that is safer, longer-lasting and more durable than lithium.

Once considered a mere by-product of uranium mining, in recent years the market has seen a renewed focus and respect for the industrial metal with a lot of battery potential.

All The Information You Need To Make Wise Investments. Don't miss out!

Here the Investing News Network has compiled a list of the top vanadium stocks so far this year on the TSX and TSXV. All companies listed had market caps of at least C$5 million at the time of publication, and all year-to-date and share price information was obtained on July 9, 2021, from TradingView.

Vertically integrated vanadium company Largo Resources has developed multiple vanadium market applications through its VPURE and VPURE+ products. These products originate from the company’s Maracás Menchen mine in Brazil, one of the world’s highest-grade vanadium deposits.

Aside from that, the top vanadium stock is also working on renewable energy storage solutions through its VCHARGE± vanadium redox flow battery technology.

Energy Fuels is best known as a uranium producer. However, in 2019, the company’s White Mesa mill in Utah became the number one producer of vanadium in the US, with production levels reaching 1.9 million pounds at 99.7 percent high-purity vanadium.

In May, Energy Fuels released its results for the first quarter; among other things, it reported inventory of 1,672,000 pounds of high-purity vanadium in the form of immediately marketable product. At the time, the company had no plans to produce vanadium in 2021. Energy Fuels’ share price climbed to its high point for the year so far on March 16, reaching C$9.75.

Prospect and royalty generator Lara Exploration holds a diverse metals portfolio of prospects, deposits and royalties in Brazil, Peru and Chile. One of those assets is the Itaítuba vanadium project.

In April, Lara Exploration announced that diamond drilling identified more extensive vanadium mineralization at Itaítuba, which is located in the Tapajós region of Northern Brazil. The company plans to undertake further geophysical surveys and follow-up drilling later in the year.

Editorial Disclosure: Energy Fuels is a client of the Investing News Network. This article is not paid-for content.

The post Top Vanadium Stocks on the TSX and TSXV appeared first on Investing News Network.

Following intensive talks, Daimler Truck AG and the Works Council have agreed that the three powertrain sites in Gaggenau, Kassel and Mannheim will specialize… 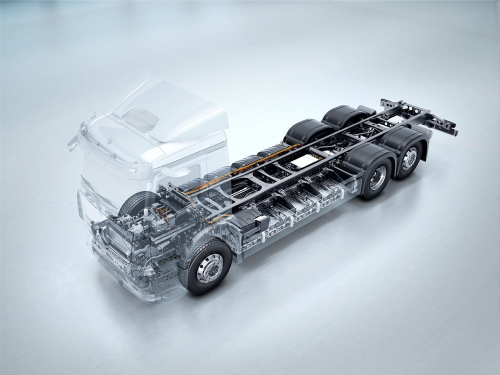 Following intensive talks, Daimler Truck AG and the Works Council have agreed that the three powertrain sites in Gaggenau, Kassel and Mannheim will specialize in different components for electrified drives.

In the future, they will drive the global production of battery-electric and hydrogen-based drive systems in a production and technology network for electric drive components and battery systems, together with the sister plant in Detroit. Significant additional investments in future technologies at the Daimler Truck powertrain plants will drive technological change.

Important scopes for alternative drives, such as the production of electrically driven axle systems, e-motors and inverters, as well as the assembly of fuel cell systems, will be integrated into the powertrain plants in the future, in addition to investments in the reprocessing and recycling of battery systems.

Our industry is undergoing a transformation toward CO2-neutral trucks. Since conventional drive systems will also be with us for some years to come, we are focusing the future orientation of our powertrain plants primarily on flexibility, cost-effectiveness and very well-trained employees. This had to be reconciled in our negotiations with the Works Council. With the production and technology network for electric drive components and battery systems in conjunction with the competence centers at the plants, we have succeeded in doing so. In this way, we are creating optimum conditions for maximum competitiveness for our plants and at the same time laying the foundations for a successful future.

Another element of the technology network for electric drive components and battery systems are the innovation laboratories (InnoLabs). In addition to the competence centers, these are being set up at all plants. They specialize in innovative production processes, new technologies and products.

The aim of the InnoLabs is to close the gap between prototype production and series development. Series start-ups are thus to be prepared with maximum efficiency so that products can be transferred from the prototype phase to series production as quickly as possible. With the InnoLab Battery located at the Mercedes-Benz plant in Mannheim, Daimler Truck AG will establish its own pilot battery cell production and thus lay an important foundation stone for future competence in battery technology.

In its transformation toward CO2-neutral transportation, Daimler Truck is focusing on two all-electric drive technologies: battery and hydrogen-based fuel cell. With these, every customer application can be covered with full flexibility in terms of routes—from well-plannable, urban distribution transport to multi-day transports that are difficult to plan. Which solution is used by the customer depends on the specific application.

As the first battery-electric truck, the Mercedes-Benz eActros for routes in distribution transport will go into series production at the Mercedes-Benz plant in Wörth in October 2021, followed by the eEconic next year. The battery-electric eActros LongHaul for long-distance transport will follow from the middle of the decade. Key components be manufactured at the powertrain plants in the future.

In addition to the products, the powertrain plants are to become CO2-neutral from 2022, just like all other European Daimler Truck plants. This will be made possible, among other things, by a green power concept at Daimler: CO2-free power procurement from renewable energy sources will form the basis for CO2-neutral production. As part of this, the sites will purchase electricity from wind and solar farms as well as hydropower plants from 2022 onwards. On the way to becoming green production sites, the Mercedes-Benz powertrain plants are also to operate CO2-free in the long term by successively establishing fully renewable energy systems over the next few years.

The sister plant in Detroit, which is part of the global production network for powertrain components, will continue to strengthen its role in the US market and, as a competence center for electric powertrain components, make an important contribution to shaping sustainable transportation in the American market.

As part of its sustainability initiative, Tata Steel is partnering with an Indian start-up to deploy electric trucks for its steel transportin India. This… 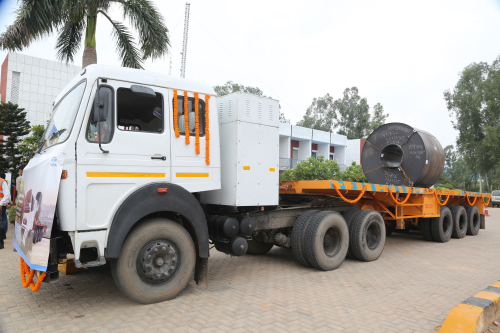 As part of its sustainability initiative, Tata Steel is partnering with an Indian start-up to deploy electric trucks for its steel transportin India. This marks the first use of EVs by any steel producer in the country for transportation of finished steel.

The electric trucks feature a 230.4 kWh Lithium-ion battery pack with a cooling system and a battery management system giving it capability to operate at ambient temperatures upto 60 °C (140 °F). The battery pack will be powered by a 160-kWh charger setup which would be able to charge the battery from 0 to 100% in 90 min. With zero tail-pipe emission, each electric vehicle would reduce the GHG footprint by more than 125 tCO2e every year.

Tata Steel has contracted for 27 EVs, each with a carrying capacity 35 tonnes of steel (minimum capacity). The company plans to deploy 15 EVs at its Jamshedpur plant and 12 EVs at its Sahibabad plant. The first set of EVs for Tata Steel are being put in operation between Tata Steel BSL’s Sahibabad Plant and Pilkhuwa Stockyard in Uttar Pradesh.

At a virtual ceremony organized on July 29, Tata Steel formally flagged-off the loaded vehicle at the Pilkhuwa Stockyard to move to the Sahibabad plant, 38 km away.

After posting its most recent earnings "beat", Tesla is taking on two starkly… 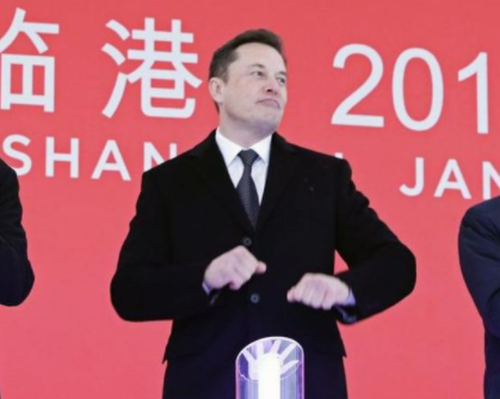 After posting its most recent earnings "beat", Tesla is taking on two starkly different strategies for its U.S. and its China business.

In the United States, the automaker is raising prices in an attempt to boost profit margins, while in China it is keeping prices steady in what is likely an attempt to drum up more demand, Reuters reported.

So far, Tesla has raised the price of its Model 3 and Model Y "about a dozen times" in the U.S. this year, the report notes. At the same time, the company also introduced an affordable version of its Model Y in China.

Tesla isn't just facing increased scrutiny in China from its citizens and the government, but is also running face-first into a wall of Chinese EV competitors.

Toni Sacconaghi of Bernstein has questioned demand in China as a result of the introduction of the lower priced Model Y. He has said that the model "may make sustained margin improvement difficult". Chinese owners were "were less enthusiastic and had lower repurchase intentions than owners in the United States and Europe," a Bernstein survey recently showed.

Roth Capital Partners analyst Craig Irwin told Reuters: "I think Tesla is looking to be as competitive as it can be in China. Lower prices will be a part of that aggressive market positioning. There is a very large difference in battery prices in the U.S. and China, as well as local vehicle manufacturing costs."

Hargreaves Lansdown analyst Nicholas Hyett added: "It wasn't so long ago that the group was trimming prices in the U.S. to gain scale and maximize profitability, and it feels like we're now seeing that in China too."

Gene Munster at Loup Ventures attests that the lower prices in China could "have a lasting effect" for the company in the country: "Teslas are on average 3x the cost of a typical EV made in China so they have to be priced less than the U.S. to compete. Prices of Teslas in China will be below (the) rest of the world for the next decade."

Tesla's market share in China has fallen to 11% in the battery electric vehicle market. China makes up 44% of the global EV market.

If Coal Is Dead, Then Why Are Ships So Full Of It?