Following the news, shares of the company rose 1.4% to close at $19.01 in the extended trading session.

The company reported quarterly net sales of $927 million, up 60.4% from last year. The growth can be attributed primarily to the rise of 5% in average selling prices of TiO2 and zircon. Moreover, the sales figure surpassed the consensus estimate of $924.61 million.

Notably, the company’s earnings per share (EPS) of $0.61 topped the consensus estimate of $0.51. It compares favorably with the previous year's EPS of $0.03.

The Co-CEO of Tronox, Jean-François Turgeon, said, "For the third quarter, we are balancing strong customer demand against our ability to deliver based on continued supplier and logistics constraints. Taking these factors into consideration, we expect TiO2 volumes to decline 5-10 percent sequentially, which still represents growth compared to third quarter volumes in 2020, 2019, and 2018."

He added, "Zircon sales volumes are expected to remain elevated above 2019 and 2020 quarterly volume levels, benefiting from sales from inventory, though lower than second quarter 2021 levels. While the operational disruptions from the second quarter will roll off, continued pressures on the cost side of the business from inflation and raw material price increases, as well as chlorine availability issues, are expected to partially offset continued price increases in the third quarter. As a result, we anticipate Q3 2021 Adjusted EBITDA of $245-$260 million." (See Tronox stock chart on TipRanks)

On July 28, Alembic Global analyst Hassan Ahmed reiterated a Buy rating on the stock with a price target of $31, which implies upside potential of 65.3% from current levels.

Consensus among analysts is a Strong Buy based on 4 Buys and 1 Hold. The average Tronox price target of $28.20 implies upside potential of 50.4% from current levels.

Tronox scores a “Perfect 10” on TipRanks’ Smart Score rating system, indicating that the stock has strong potential to outperform market expectations. Shares have gained 125.9% over the past year.

Nevada Copper Corp. (TSX: NCU) announced this morning a series of company updates including the recent completion of the previously
The post Nevada Copper… 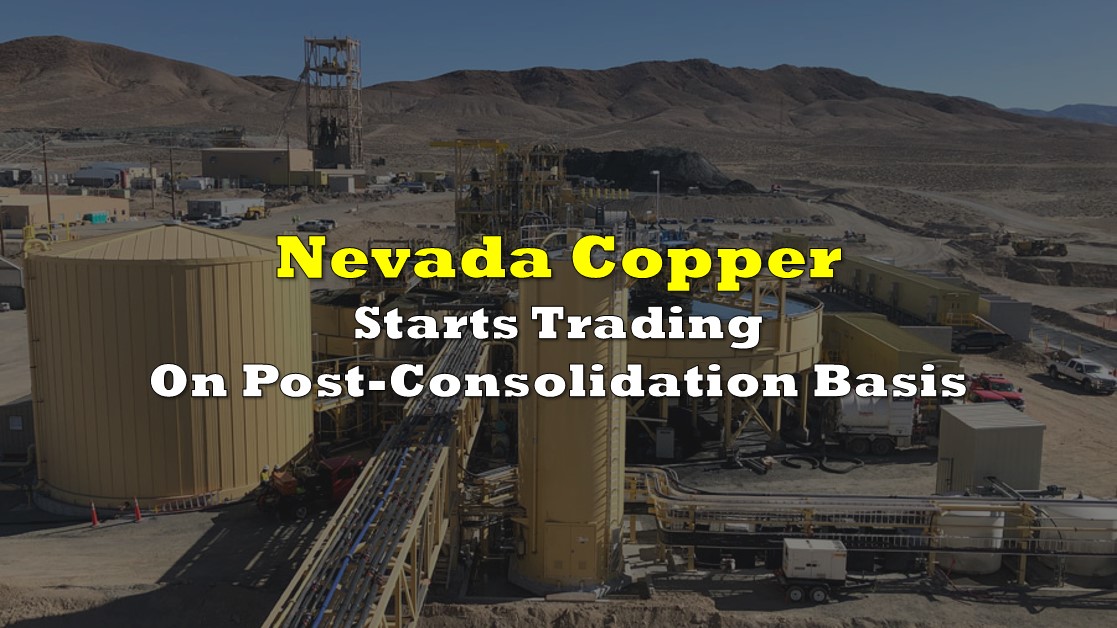 Nevada Copper Corp. (TSX: NCU) announced this morning a series of company updates including the recent completion of the previously announced consolidation of its common shares. The copper producer is expected to begin trading today on a post-consolidation basis.

The copper firm also relayed the updates that it has completed mining from the second stope at its Pumpkin Hollow project and has started blasting of the third stope. Further, ore from stope mining averaging approximately 1.5% copper grade is being delivered to the company’s mill with recoveries as planned.

The Nevada-focused mining company reported its Q2 2021 financials in August 2021, highlighting a quarterly revenue of US$14.1 million.

Timing is, as they say, everything. Coal miner New Hope Corporation’s financial reporting period is one example of that. While … Read More
The post…

Timing is, as they say, everything.

Coal miner New Hope Corporation’s financial reporting period is one example of that. While most companies go by calendar or financial year, New Hope (ASX:NHC) reports from August to July.

That allowed it to soak up some of the coal bull market which has driven domestic price in China up by the hour to as high as US$670/t.

Australian producers are locked out of China at the moment due to the less-than-friendly relationship between our governments and their ability to (painstakingly) source supply from elsewhere.

Premium hard coking coal out of Australia is still up at historic highs of US$385/t though, with thermal and lower quality coking coal also generating consistently good gross margins.

While many Aussie coal miners still booked losses for FY21 while using their commentary to celebrate bullish market conditions of the 2022 financial year, New Hope gets the best of both worlds.

Production down, profits up for New Hope

It swung from a $157 million loss to a net profit after tax of $79 million, backing a final dividend payment of 7c and a full year dividend total of 11c a share.

“The Newcastle 6000 Index hit 10 year highs by financial year end rapidly recovering from the depressed market conditions experienced at the start of the financial year. The Company achieved an average realised price of $101.36/t in 2021. At 31 July 2021, the Newcastle 6000 Index had almost doubled from January 2021 levels, to USD$150 per tonne, and has continued to trend upwards,” he said.

“The Company also benefited from reduced underlying Free on Board cash costs of $63.70 as a result of cost savings implemented at both Bengalla and New Acland, and the rationalisation of the Brisbane corporate office.”

New Hope’s realised prices doubled from the first quarter to the final quarter of the year, when it sold coal at an average of ~US$120/t, prices that would be mild by today’s standards, even for thermal coal.

Is a correction coming in coal prices?

It is a largely accepted narrative that China’s ban on Australian coal has played a big role in the meltdown of its supply chain.

The trade between the nations was the sun around which the solar system of the met coal trade revolved, as BHP famously says, and the removal of 24mt of imports from Australia left China 16Mt short year on year.

The redirection of Australian rock elsewhere has seen China lean on its decrepit domestic mines, production from across the inland border in Mongolia and the US, Russia and Canada.

US, Russian and Canadian mines don’t export enough to satisfy China’s hungry steel and energy sectors, and Mongolian product has been hamstrung by Covid restrictions.

According to UBS, China’s imports are down around 16Mt year on year, leaving it well short of requirements and fuelling a squeeze on supplies.

But as we’ve seen in iron ore, what goes up must come down at some point.

“We expect met-coal prices in China to turn down before end-2021 with demand weakening and supply lifting; average met-coal prices are however set to remain elevated in 2022, averaging ~US$190/t (broadly flat y/y) as inventories are low and trade tensions between Australia & China are unlikely to ease near-term,” UBS analysts led by Myles Allsop said.

Will steel cuts come for coal too?

Steel production cuts and concerns around China’s struggling and debt-laden property sector that have hit iron ore could strike the end market for coal as well.

“We expect China steel output (and pig iron production) to slow into 2022 against a less favourable economic backdrop; there are also increasing signs that major China steel mills plan to cut output in 2H21 to achieve the central government’s directive of keeping annual production unchanged vs 2020,” UBS said.

“To this extent we have noted a sharp slowdown in crude steel and pig iron output so far in 3Q21.”

Higher prices could also bring supply on in China despite efforts to curb production due to safety concerns and pollution crackdowns.

“Given how elevated prices are, we expect met-coal supply to lift in China domestically over the coming months. This, combined with weaker pig iron production / met-coal demand and some alleviation in the power shortage, is likely to trigger a correction in China domestic prices from current record levels,” the analysts noted.

“The magnitude of the supply response in China may however be capped by 1) government control and 2) geological resource.

“Further, low coal inventories and the decline in the iron ore price may allow for increased tolerance of higher coal prices over the next 6 months.

“Outside China, we expect supply to lift in Australia with BHP able to lift production if prices stay high and Anglo to normalise supply/ debottleneck the Moranbah & Grosvenor complex.”

What happened on the markets?

The iron ore price feel even further overnight in the direction of US$90/t, but investors laid off the selling after yesterday’s $50 billion bloodbath.

BHP (ASX:BHP), Rio (ASX:RIO) and FMG (ASX:FMG) all held around yesterday’s trading levels and the ASX 200 Materials sector was up slightly.

Champion Iron (ASX:CIA), a pick from Tribeca Investment Partners head of research Todd Warren for when the iron ore price bottoms out, was one of the most productive mid caps.

$2.3 billion-capped Champion, which runs the Bloom Lake mine in Canada, was up more than 4% at 3.50AEST.

Special Report: Sultan Resources will get stuck into drilling at its high quality Razorback Ridge target in the East Lachlan … Read More
The post Sultan… 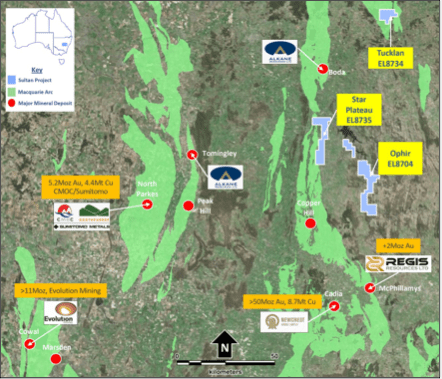 Sultan Resources will get stuck into drilling at its high quality Razorback Ridge target in the East Lachlan Fold Belt in New South Wales.

The skarn-like gold copper target has returned a series of intriguing rock chip samples for Sultan (ASX:SLZ) across a 1km long structure, with a 1000m diamond drill program consisting of nine holes at three drill sites planned to test beneath the surface.

Previous results from rock chips include:

While Razorback Ridge is marked by a north-northeast striking zone of outcropping skarn-style mineralisation that is exposed for over 1km in a copper rich district hosting some major mines, it was unrecognised by previous explorers.

Sultan is especially excited about rock chip results of up to 2.25g/t Au and up to 2.65% Cu that have been returned from outcrops.

Drilling at Razorback Ridge will be relatively shallow at first and is designed to provide structural orientation, before follow-up holes target the structure at depth.

Sultan says it will use an environmentally friendly track-mounted drill rig and comply with all COVIDSafe requirements during the drilling program, which is due to start in mid-October with all regulatory approvals, landowner compensation agreements and drill contracts finalised.

It adds to the prospectivity of the Big Hill porphyry prospect, where Sultan says three recently drilled holes returned elevated copper and pathfinder elements in zones of porphyry-style alteration.

Those results strengthened the prospectivity of the area to host a porphyry system similar in geological style to Newcrest’s nearby Cadia gold mine, the largest in Australia.

Drilling is yet to hit the mother lode at Big Hill, but assays from the first three drill holes put into the porphyry target have given confidence it bears similar pathfinders to the 50Moz Cadia-Ridgway mine.

“The results show elevated responses in a number of important elements at levels that are consistent with the interpretation that the drilling has intersected the distal alteration halo of a potential alkalic porphyry system,” Sultan said.

“The average copper throughout the altered volcaniclastic units across all three holes is approximately 100ppm Cu and up to 385ppm Cu locally.”

At Cadia, about 50km south of Big Hill, Sultan says those pathfinders and copper rich anomalies are found a couple hundred metres from high grade gold and copper mineralisation.

“Future step out drilling at Big Hill will aim to map an increase in distribution and intensity of the characteristic ‘reddened’ inner propylitic alteration zones to allow vectoring to the potential high grade Au-Cu porphyry core. Current drilling is likely to be >200m from an intrusive centre based on the Ridgeway model,” the company said.

This article was developed in collaboration with Sultan Resources, a Stockhead advertiser at the time of publishing. 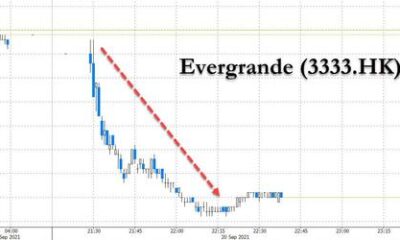 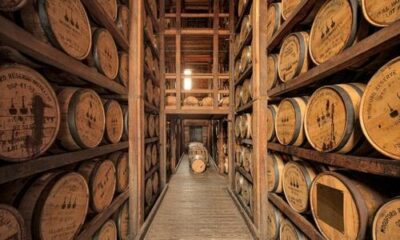 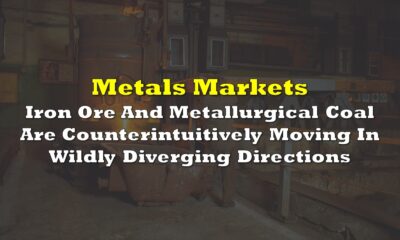 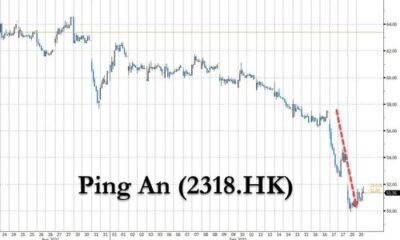 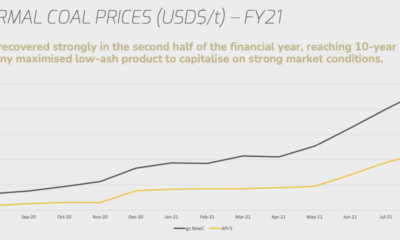 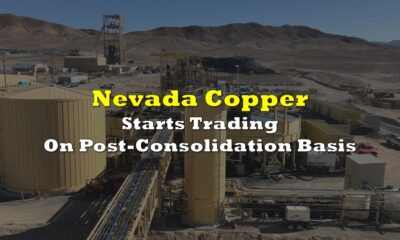