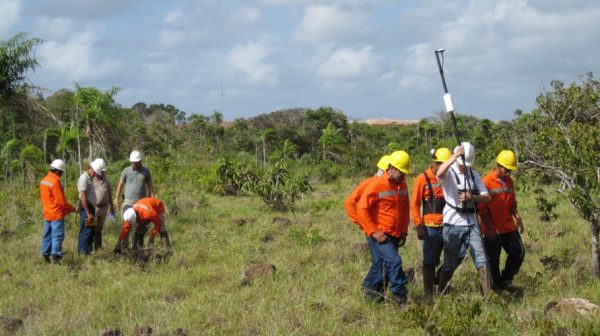 New assay results from Solaris Resources’ (TSX:SLS) Waritnza East discovery have return long intervals of copper prphyry mineralization from surface, from the first two holes. The high-grade links identified between Warintza East and Warintza Central is now being targeted, as this area to the north may yield a higher-grade mineralization.

Mr. Jorge Fierro, Vice President, Exploration, commented: “With this latest discovery at Warintza East and the growing footprint of Warintza Central to the north and east returning some of the strongest intervals reported to date, the conceptual pit shell is expected to be extended to the north and east showing the potential to ultimately become one multi-kilometre ‘superpit’ joining the two areas. Future drilling will focus on the open, undrilled area between these two zones.”

Pegasus Resources Inc. (TSXV:PEGA) continues to make its presence in the prolific Athabasca Basin uranium camp with the recently announced
The post Pegasus… 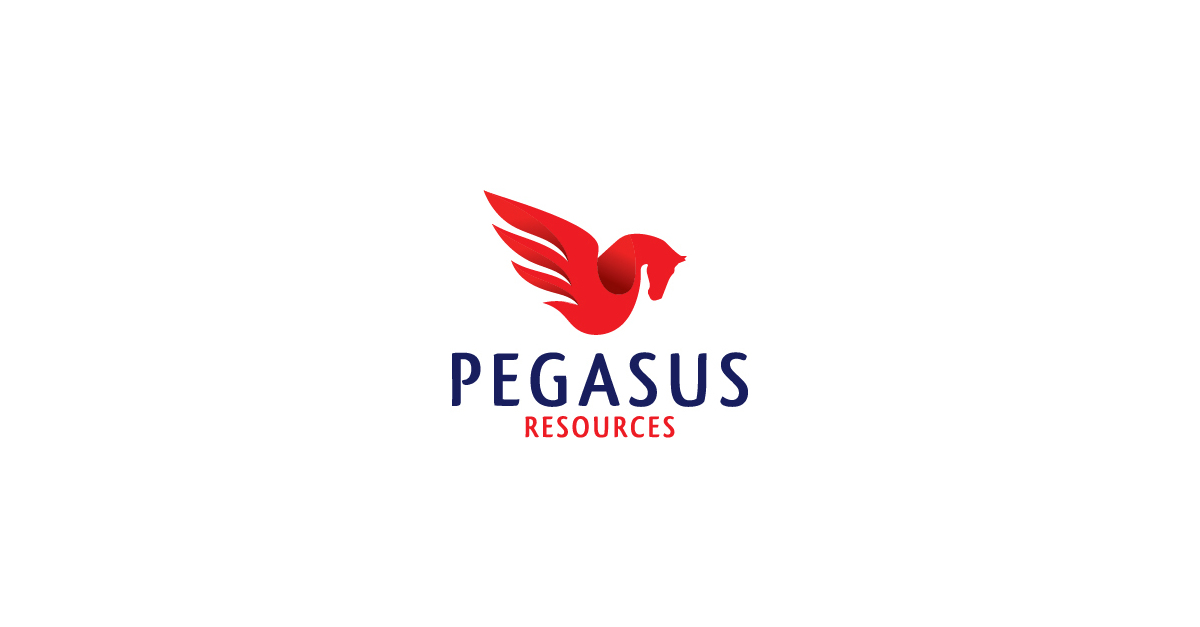 Pegasus Resources Inc. (TSXV:PEGA) continues to make its presence in the prolific Athabasca Basin uranium camp with the recently announced acquisition of three uranium properties at the northwest edge of the Basin. The 54,026 hectare properties comprising 13 mineral claims contain a cumulative total of 535,718 lbs of uranium, and significantly, includes a historic resource estimate of 202,200 tons at 0.119% U308 at an average width of 4.8 metres.

These new properties add to the previously announced Pine Channel uranium property which consists of six mineral claims covering 6,028 hectares and is located at the northern edge of the Athabasca basin, roughly 40 km west of the town of Stony Rapids. The Athabasca Basin in Northern Saskatchewan is host to several of the world’s largest and highest-grade uranium mines, including Cameco’s (TSX: CCO) McArthur River Mine and Cigar Lake Mine.

The Wollaston Northeast property is located in the 20A zone within the prolific Wollaston Domain, 45 kilometres northeast of the Eagle Point Uranium Mine. The property has at least eight known base metals showings and five previously documented uranium occurrences, and is considered highly prospective for basement hosted uranium mineralization.

Much of the recent renewed interest in uranium in the region is due to recent discoveries within the Wollaston Domain where the Eagle Point deposits are hosted within its basement rocks. In addition to the Eagle Point Mine, the area also hosts the historic Rabbit Lake Mine and Cameco/Orano Key Lake Mine, the world’s largest high-grade uranium mine.

The 12,397 hectare Bentley Lake Uranium Property consisting of three mineral claims, and is located 35 kilometres northeast of the edge of the Athabasca Basin, within a transition zone between the Wollaston and Mudjatic Domains. This trend is host to several major uranium deposits, including Cigar Lake, Roughrider, McArthur River and Midwest. It is located at the transition zone between the Wollaston and Mudjatik geological domains.

The third property is located approximately 40 kilometres northeast of the edge of the Athabasca Basin and within the Charlebois-Higginson Lake Uranium District. The 6,908 hectare Mozzie Lake Uranium Property consists of three mineral claims and has a historical resource estimate of 204,200 tons at 0.119% U308, with an average width of 4.8 metres, and containing 535,718 lbs of uranium. What makes the Mozzie Lake Property particularly compelling, aside from the historical resource estimate that Pegasus’s exploration efforts may be able to increase significantly, are the pegmatite deposits of the Charlebois-Higginson Lake Uranium District.

Since being initially explored from the 1940’s through to the 1960’s, there has been virtually no exploration on the property. Previous work in the region, as well as on the Pinkham Lake property at Mozzie Lake, indicated that the pegmatite deposits may also host mineralization which contains rare-earth-element bearing minerals. Rare earth minerals are in high demand today due to the needs of the various technology, consumer electronics, and electric vehicle manufacturing industries. PEGA plans to examine the property’s rare earth potential as part of its uranium exploration program at Mozzie Lake.

Pegasus will next review the historical data on the properties to determine an exploration strategy and work programs, and will provide shareholders with updates in the near future. The company’s recent announcements of the uranium assets have certainly rekindled interest in PEGA shares, and its market capitalization has increased by almost 50% to $7.98 million in recent weeks, signifying that investors are enthused about the direction management has taken.

PEGA last traded at $0.095 on the TSX Venture exchange.

The post Pegasus Resources Expands Its Uranium Assets In Saskatchewan appeared first on the deep dive. 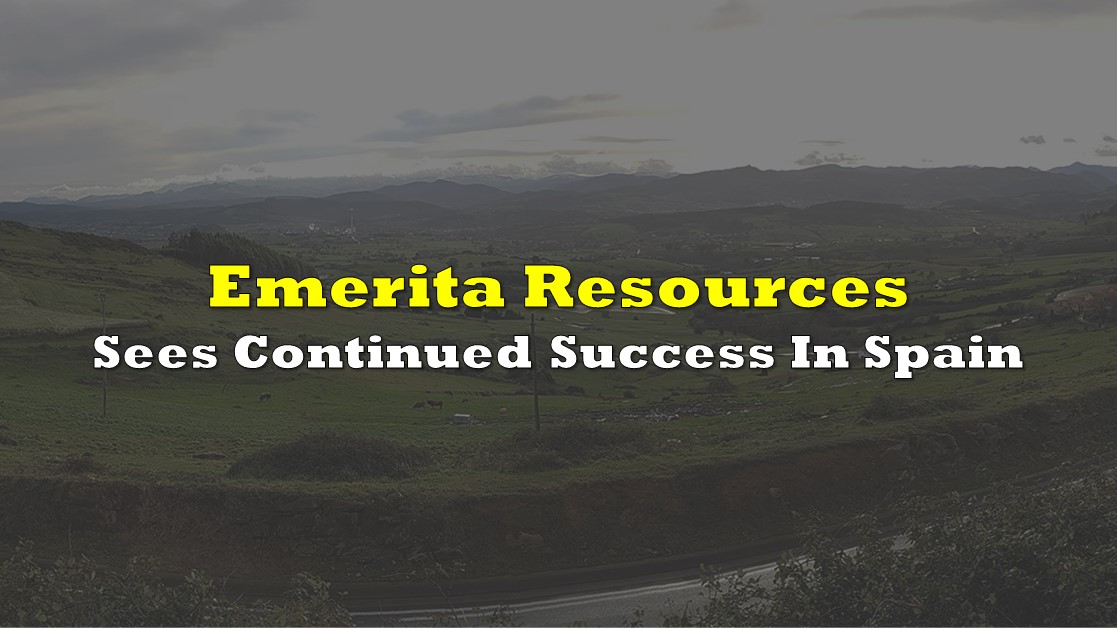 Emerita Resources Corp (TSXV:EMO) continues to report excellent results from the Infanta drill program at its Iberia Belt West Project in Spain, which hosts three previously identified high-grade deposits: La Infanta, Romanera and El Cura. These are all open for expansion along strike and at depth.

On October 22, the company announced assays for the first step-out drill hole from the Infanta drill program and also the final in-fill drill holes. The significance of the in-fill program was to verify the historical drill results. They will now enable a proper 3D modelling of the deposit and will also provide additional data to be used for future metallurgical testing.

At Infanta, the step-out was conducted to expand the outer perimeter of the deposit, and the in-fill drilling was intended to confirm historical drill data within Infanta’s known mineralization zone. Step-out drill hole IN018 was drilled 40 metres to the west of the historical limits of the deposit and intersected 8.2 metres with a grade of 2.5% copper, 8.7% lead, 17.3% zinc, 223.5 g/t silver and 0.5 g/t gold. A second step-out hole was drilled 50 metres to the west of hole IN018 and intersected two zones of massive sulfide but assays have not been returned yet.

In-fill drill hole IN014 intersected 5.7 metres of 2.4% copper, 7.3 %lead, 13.4% zinc, 225 g/t silver and 0.6 g/t gold. The ongoing geophysical survey, which was suspended along with other exploration activities for the region’s hunting season, is expected to resume by the end of October.

Emerita plans to have five drill rigs operating by the end of 2021 and will include the Romanera deposit, El Cura, and other targets identified by previous geophysics work. The two drills currently on site will now focus on step-out drilling to increase the size of the deposit.

Emerita also recently provided investors with an update on the legal proceedings for the Aznalcóllar Project and the company is expecting a ruling by the Administrative Court of Andalucia in Emerita’s favour in the near future.

The Aznalcóllar Zinc Project is located in the prolific Iberian Pyrite Belt in the Andalusia region of southern Spain and is considered to be one of the world’s largest and most productive volcanogenic massive sulfide (VMS) structures. It has been mined for over a thousand years and has produced over 2000 million tons of ore.

Aznalcóllar is considered to be one of the world’s top undeveloped zinc deposits, and the project is essentially a world-class pre-production development asset. Here, the main deposit is referred to as Los Frailes, which contains a historical open pit mineral resource. Two other deposits exist on the property as well, which require further development. The Los Frailes mine operated during the 1990s until it closed due to a combination of tailings-related environmental failure and low metal prices.

After the Aznalcóllar site was rehabilitated, the government initiated a public tender process for the rights to the project and it was initially awarded to another major mining company, however Emerita believed that their bid was superior. It subsequently requested an investigation into the tender process for the property and filed a lawsuit in 2015.

In early 2021, the Spanish court concluded that the process was fraught with corruption, fraud and other malfeasance and rescinded the rights that were awarded and criminal charges were sought for the perpetrators and their enablers. In July 2021, a Spanish judge issued additional criminal indictments against the mining company and government officials who participated in undermining the public tender process for the project.

Under Spanish law, if a crime was committed during the tender process, the rights are then awarded to the next best qualified competing bid, which in this case was Emerita. Subsequently, Emerita has been waiting for the Administrative Court to conclude the process to formally award the rights to the Aznalcóllar Project to the company, which brings us to present day.

The company is planning to develop the deposit into an underground mining operation focused on mining the high-grade zones, which are estimated to contain 20 million tonnes at a grade of 6.65% zinc, 3.87% lead, 0.29% copper and 84 ppm silver. As a requirement of the project’s public tender process, Emerita submitted comprehensive. engineering, environmental and water management studies to the government, and now the company is expecting to be given the green light to proceed developing the Aznalcóllar project into an eventual producer.

Emerita is well financed, having completed a $20 million bought deal private placement in July 2021. Emerita has 182.42 million shares outstanding and due to the recent increase in the Company’s share price, a market capitalization now of $556.38 million. Even so, barring any unforeseen negative developments regarding the legal issues, Emerita Resources Corp still appears to be potentially undervalued relative to the potential value of the world-class assets it is developing. 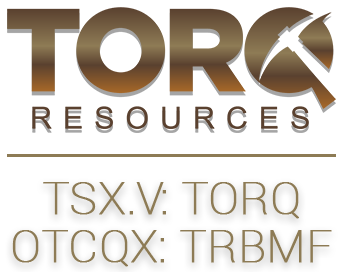 [nxtlink id="269591"]Torq Resources Inc.[/nxtlink] [TORQ-TSXV; TRBMF-OTCQX; S8QA-FSE] has acquired an option to earn a 100% interest by paying US$25 million and spending US$15.5 million on exploration, subject to an NSR, on the 3,250-hectare (32.5 km2) Santa Cecilia gold-copper project, located approximately 100 km east of the city of Copiapo, northern Chile.

The project is in the southern region of the world-class Maricunga belt and immediately north of the El Indio belt. It is estimated the Maricunga belt could host up to 90 million ounces of gold in a belt is characterized by gold epithermal and gold-copper porphyry deposits, including multi-million-ounce deposits such as Salares Norte, La Coipa, Cerro Maricunga, Marte, Lobo, La Pepa, El Volcan, Caspiche and Cerro Casale.

The Santa Cecilia project is located immediately adjacent to the Norte Abierto project, held by Newmont and Barrick, which is comprised of the Caspiche and Cerro Casale gold-copper porphyry deposits. Collectively, these deposits contain proven and probable reserves of 23.2 million oz gold and 5.8 billion lbs copper and measured and indicated resources of 26.6 M oz gold and 6.7 B lbs copper.

Limited historical exploration work at Santa Cecilia was performed by the previous operator, a major international mining company in 1988-1990 when it drilled 47 holes, totaling ~14,000 metres, and completed 1,200 metres of exploration tunnel development that defined epithermal gold and gold-silver mineralization as well as gold-copper porphyry mineralization at surface and shallow depths, respectively.

Shawn Wallace, Executive Chair, said, “The Santa Cecilia gold-copper project represents the culmination of our acquisition strategy in Chile. It is our belief that exploration at a project of this magnitude will be transformative for Torq.”

The Vetas Condor high-grade gold – silver epithermal mineralization is encountered on the western flanks of the Cerro del Medio target area where east-west trending quartz-alunite structures are exposed over a 1 km by 350-metre area. 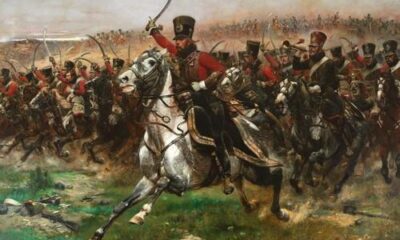 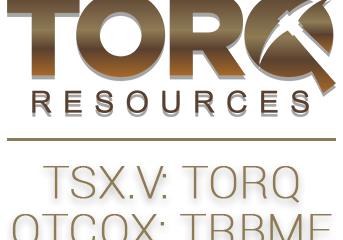 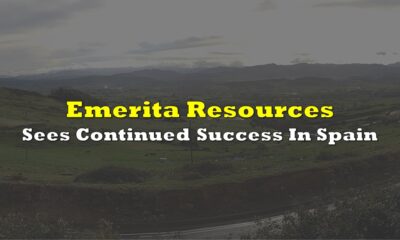 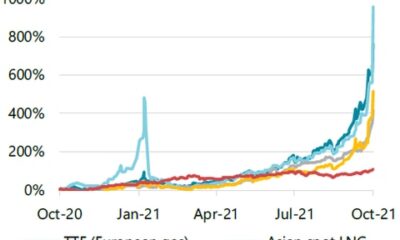 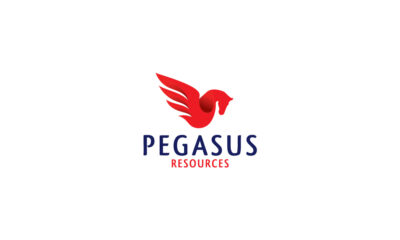